Industry news News
A Man who’s on a Mission

Jeremy Inglis, deputy fire chief at the Fort Erie Fire Department in Ontario, is a man on a very specific mission. 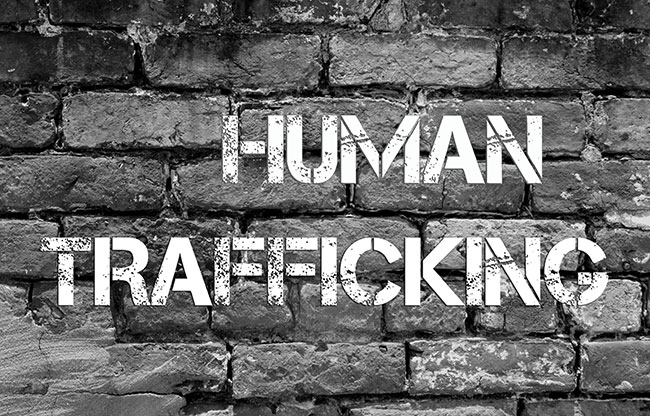 For the past three years, he’s been working with police, emergency services and agencies in the Niagara Region in Ontario to raise awareness of human trafficking and the role firefighters can play in stopping the heinous crime.

Inglis, who has more than a decade of experience as an active firefighter and training officer, says firefighters can play a big role in exposing the crime and helping victims escape from their handlers because those in the fire service are often in a perfect position to spot signs of trafficking.

Firefighters often deal with the public on emergency calls and while on inspections and serving in the community, he says, and, if properly trained to look for potential problems, could make a difference.

Inglis figures that firefighters can have an impact on human trafficking if they learn more about the issue.

He wants firefighters across the country to sign up for specific training and be on the lookout for cases of human trafficking, something their counterparts in the U.S. have been doing for years.

“For much of the fire service in Canada, we are late to the game. But we can catch up. Training your department on how to identify and report human trafficking may help someone get their life back.”

The Fort Erie Fire Department and agencies in the Niagara Region have banded together to create a regional emergency response protocol and resource map for the area. A training program has also been developed to help members of the fire service identify and report suspected cases of trafficking.

As many as 10 training sessions have been held, Inglis says, and the agencies have already received a tip from one of the fire departments about a suspected human trafficking case, so there has been some success early on. A couple of fire departments in other parts of Canada have also expressed interest in learning more and the agencies are hoping to deliver training in the new year.

The extent of human trafficking is difficult to assess, but as of press time 127 girls were being advertised for sexual services in Niagara Region alone.

According to research done by Inglis, 66 per cent of sex trafficking victims in Canada are in Ontario. Most are women between ages 18 and 34, but girls as young as 11 have been identified.

“By no means is this a problem in the Niagara Region alone,” says Inglis, noting that girls are being advertised for sex in a number of communities across Ontario and that since 2005 the Royal Canadian Mounted Police has reported 455 cases in which human trafficking charges have been laid.

“This is just the tip of the iceberg,” Inglis says. “It is estimated that, on any given day, there are up to 15,000 postings for girls who are being advertised for sexual services across Canada.”

Inglis says most of the victims being trafficked in Canada are Canadian.

“If you have a daughter in high school, college or university, ask her if she knows of anyone who has been approached, recruited, or groomed by potential traffickers.” he says. “Chances are she will know of someone from her school that has been affected by human trafficking.”

Traffickers use Facebook and Tinder, Sugar Daddies, and various other online dating and social media sites to organize “dates” with the victims, which is the start of the recruitment phase.

A common method of manipulating victims into human trafficking is called the “Boyfriend Experience” whereby the trafficker preys on vulnerable victims, either through social media, youth shelters, and/or drug rehab groups. They’ve even been caught trying to recruit girls at high schools, colleges, and universities.

The so-called boyfriend will stage a meeting between himself or a co-conspirator and the victim, Inglis says, and everything will start out much like a new couple starting to date, with the pimp showering the victim with expensive gifts like clothing, jewelry, cell phones and vacations.

The grooming may go on for months before the boyfriend starts mind games used to manipulate the victim into becoming completely dependent on the pimp.

In many cases, Inglis says, the pimp will get the victim hooked on drugs and cycle her through withdrawal to add a further level of control. Because of this level of manipulation, it takes a victim an average of seven attempts to escape before she is successful.

“This is why, when a victim comes forward and is asking for help, we must be there and we must be ready to help.”

Inglis says one victim can bring in more than $250,000 a year for her pimp and, according to Victim Services Niagara, a pimp running a stable of girls can easily bring in $1 million or more a year.

“There are many signs that a person is potentially being trafficked,” he notes, one of the key indicators being that victims might not speak for themselves or their words or actions are directed by someone else.