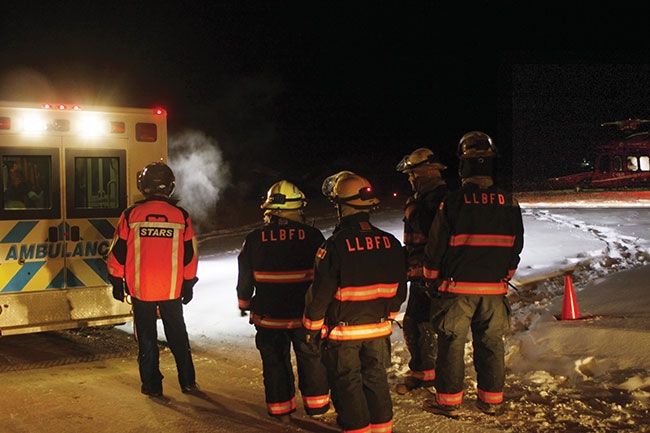 As we know in the fire service, change is not always easy. To help facilitate this change, it may be useful to look at how some peer providers (including myself) went astray in delivery, where we want to be, and how to get there in a positive manner.

That CISM has evolved is probably no news flash to many of you, yet having submitted a series of articles in 2017, I feel compelled to revisit the subject. As with those articles, I have to start by saying I am no mental health professional, not a CISM instructor, nor speaking on behalf of any organization. I have been providing (and receiving) peer support, including CISM, for over a decade, within both a large government wildfire organization and a small, relatively isolated, volunteer fire department.

If you are fortunate enough to be part of a well-organized and up-to-date CISM team, you have my admiration and maybe a bit of envy too. If your team is just starting out, or working hard to catch up like mine, you may find this information useful.

Rather than say CISM has evolved, it may be more accurate to say that it is the correct application, not the system itself, that has largely changed. CISM can be compared to the Incident Command System. Both are excellent systems. However, both have suffered from widespread misapplication, users not following the rules.

Why is that? While excellent systems, I don’t think they are simple or largely intuitive. Not unnecessarily so, but you could say they are complex. Systems like this require consistent, comprehensive training and good support to be successful, as well as a commitment from users to abide by the rules, rather than adopt to their specific circumstances.

In the past, group intervention training focused on defusing and debriefing, often exclusively and not in full context. Then set loose alone to deliver this, many blurred the lines between the two, particularly, I believe, when it came to following timelines and involving a mental health professional.

There were also problems with properly identifying groups and segregating based on exposure. There was certainly a lack of support and inadequate follow-up with peer providers. There was pressure to perform from both managers and firefighters, as well as peers themselves, in their desire to help.

Using their can-do attitude, some filled in the gaps, but not necessarily correctly. This in no way apportions blame. I think, at the time organizations thought, “Okay, we sent them on the course, they have the tools, that box is checked.” I hope now that we know better than to think it’s that simple.

If the past saw an overuse of debriefing, where we want to be is understanding and utilizing the full array of CISM interventions, as well as complimentary and supporting resources. I like the term intervention, understanding it doesn’t mean intervening to fix things, but intervening to develop and encourage normal coping mechanisms, before, during and after an incident.

An important part of every CISM intervention is the educational component of recognizing signs and symptoms of a stress reaction, learning common coping strategies, and knowing how to access further resources if needed. It only makes sense to arm firefighters with this information before an incident occurs. If this knowledge is used to handle routine trauma, it will likely be ingrained for the more severe trauma and further intervention may not be needed.

I won’t list all possible CISM interventions here, but it is worth noting one-on-one interventions and Crisis Management Briefings (informational group intervention where participants are not asked to speak) are both very versatile and likely to be utilized more commonly than debriefings. They can accommodate mixed (heterogeneous) groups with varying levels of exposure. They don’t demand the immediacy of a defusing. Nor do they require evidence of group dysfunction or the mental health professional involvement of a debriefing. Both can be used as a means of assessment to determine if there is need for further intervention.

When we say we are shifting to utilizing the full list of interventions, that still includes interactive group defusing and debriefings.

Remember where we may have gone astray and follow the group intervention rules. Here are four commonly broken rules:

CISM interventions don’t exist in isolation. A group of people doing the same job does not in itself make a team. Working in the wilderness this way is, in part, what allowed many of us to go astray. Teams require organization, structure and direction.

A course every few years is not enough. While in the past support was lacking, things have changed and improved. We have support on an international (International Critical Incident Stress Foundation, icisf.org), national (Canadian Critical Incident Stress Foundation, www.ccisf.info) and, in many cases, provincial or regional level. What we have to realize is that, while these resources are there, utilizing them to establish and maintain a robust CISM program takes work and commitment.

I believe we need to be careful how this shift in focus is communicated. If you’ve been working in isolation, using in good faith the training you were provided, receiving accolades from peers and managers, it can be tough to hear you’re doing it wrong. Handled improperly, this can create division, dissent, and lead to freelancing.

Let’s always remember that we catch more flies with honey than vinegar. Even if they’ve been making mistakes, established peer members bring a lot to the table and should be leaders in adapting, rather than seen as broken. If they’ve been successful in the past, chances are they have good communication and active listening skills, that core understanding of recognizing stress signs and symptoms and encouraging normal coping strategies, and perhaps most importantly the trust and confidence of their peers.

If, like me, you’re a peer who has made mistakes, you have a responsibility to bring yourself up to date. I had my group intervention training in 2008, and it doesn’t expire, so I thought I just needed my individual training. But after taking that, it became clear that I really should do the group training again.

A good instructor will explain the current focus of CISM so that it makes sense and foster student buy-in. If you have both individual and group intervention training from the past, refresher training is also available online.

Mistakes have been made applying CISM, but a clearer path has been laid out through updated training and improved support. Let’s utilize this, along with the skill and experience of established peers, to continue using CISM to support firefighters in their challenging work.

David Moseley is a forest officer with Alberta Agriculture and Forestry, and an officer with Lac La Biche County Fire Rescue in Alberta, focused on operations. His other areas of interest include instructing, CISM and wildfire investigation. Contact him at David.moseley@gov.ab.ca.