Look around at the faces during your next station training night. That guy – how long has he been here? And him – is he close to retirement? Are there any new faces? How many are women, or represent visible minorities? 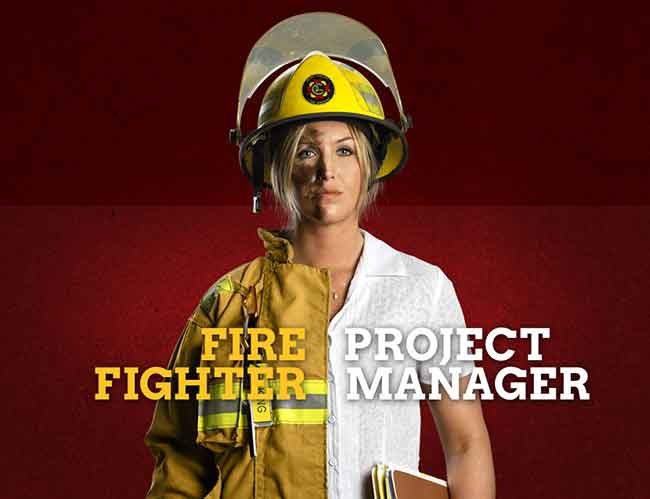 The Canadian Association of Fire Chiefs launches its recruitment and retention program at its annual conference in St. John’s in September. A web page for every volunteer department in Canada and standardized promotional material will help to make volunteer firefighting a recognizable brand. The CAFC has developed a tool to help market your volunteer department to potential recruits to help sell your service

If your department is like many in Canada, it’s struggling to recruit in general, never mind attract particular demographics. There’s a plethora of reasons for declining interest in fire services: fewer fires mean fewer exciting calls; new standards for training make the job safer, but more of a time commitment for volunteers; and increasing demands on fire services’ budgets leave little room for promotional material.

Whatever the reason, the Canadian Association of Fire Chiefs (CAFC) has developed a tool to help market your volunteer department to potential recruits in your community – to help you sell your service, for free.

The association is launching Canada-wide recruitment program called Answer the Call in September at its national Fire-Rescue Canada conference in St. John’s. The program, CAFC president Paul Boissonneault said in an interview, is the result of a clear directive from membership.

“Recruitment is a problem that exists from coast to coast to coast,” Boissonneault said. “The sustainability of volunteer fire departments is a huge issue that Canadians and public-safety services are going to have to face; this became a priority.

“Through conversations with our staff at the CAFC, our NAC members [national advisory council – comprising presidents from provincial chiefs associations] and our board, it became very apparent that the CAFC could act as a conduit for this program to be rolled out nationally,” he said.

After two years in the works, the website www.answerthecall.ca will launch in September as the central platform for Answer the Call. The website will use modern marketing techniques such as striking images, logos, and videos. Departments across the country – even those that are not CAFC members but want to participate in the program – will receive individual usernames to login and create their own searchable pages within the branded website.

People who happen upon the website – or are drawn there from social media, email or word of mouth – will be able to search for volunteer departments in their areas and view opportunities to get involved.

Vince MacKenzie, CAFC executive member and the fire chief in Grand Falls-Windsor, N.L., heads a six-member working group that is behind the Answer the Call program. MacKenzie said he views recruitment and retention in the volunteer fire service not as a problem, but as a process.

“It’s a process that we as fire departments have to learn to instill in our day-to-day operations just like the process of responding to fires,” he said.

The Answer the Call program, MacKenzie said, hands fire services a simple, uniform process that is proven to work. The CAFC’s program is essentially a Canada-wide version of a similarly named program that has been running in Alberta for about five years.

Peter Krich, the fire chief in Camrose, Alta., and president of the Albert Fire Chiefs Association, is the program’s creator. Almost six years ago, Krich was part of a brainstorming group to address concerns about recruitment and retention in Alberta’s volunteer fire services.

A province-wide study into the causes of volunteer shortages found three distinct barriers: lack of support for the volunteer firefighter from employers and from families; administrative challenges such as time commitments; and lack of awareness of what it means to be a volunteer firefighter. Awareness, Krich said, was the most prevalent concern.

“People understand that when they call 911 and they call for help from the fire department, a big red truck shows up and guys jump out of the truck in bunker gear and they do the job. But who are those individuals?” he said. “People in your community typically don’t know that [volunteer firefighters] have other jobs and they have other lives.”

Awareness was the problem, so branding became the solution, and the fist step was to create a logo. A marketing company designed the Answer the Call logo as a firefighter holding a raised axe with the Alberta landscape in the background; the image was simple, but effective, Krich said. The logo as a sticker, hat or mug, was shared with departments across the province, and is now proudly worn by many volunteer firefighters and displayed by businesses that employ firefighters.

To market the Answer the Call program in a way that would encourage all members of a community to sign up, the company behind the logo designed a campaign that uses images of volunteers split into to personas – one half dressed in bunker gear, the other half in the uniform of their full-time professions.

“This was key to the campaign,” Krich said, “We wanted people in our communities to truly understand that we’re not just firefighters – that’s one half – we’re also welders, carpenters, teachers, lawyers . . . whatever is on the other side. If people can see themselves on the other side of that bunker gear, they too might answer the call to become a volunteer.”

Next a website – www.albertavolunteerfirefighters.ca – was created to centralize the campaign materials and as a quick reference for those eager to get involved. A button with the words “Join today” is prominent on the page, and lets users plug in their details and find volunteer departments near them.

The symbol of the firefighter, axe raised high, is trusted, Boissonneault said. “It’s, I dare say, majestic, and it’s symbolic of somebody trying to do the best they can in their community in the interest of public safety.”

MacKenzie, as the lead to make Answer the Call as a national program, travelled to the United States to learn about Make Me a Firefighter – the National Volunteer Fire Council’s countrywide recruitment program, which launched in December.

Similar to Make Me a Firefighter, Answer the Call has a far-reaching goal – to market the entire volunteer fire service to everyone.

“It’s marketing to the public, to the fire service, to employers, to everybody about the merits of volunteer fire fighting, so therefore raising the profile of firefighters,” MacKenzie said. The idea is that an increased profile will help departments retain their members, who will feel more appreciated, and will encourage people who may not have considered volunteering before, to join the ranks.

Departments that use the national Answer the Call website will be able to cater the content on their pages to appeal to specific demographics in their communities, such as including information in different languages. The website will include a tool kit of marketing materials such as posters, banners and brochures that departments can use for their own recruitment campaigns.

Beyond promoting individual fire services, the national program will also encourage departments to share recruitment success stories, Boissonneault said. “One thing we do love in the fire service is not reinventing the wheel.”

A long-term goal of the program is to collect data across Canada to understand vacancy rates.

“I would like to be able to at some point find a measuring stick and say, right now we have a 10 per cent vacancy in volunteer fire departments, or we have seven per cent or 20 per cent, so that we’re able to record that and measure not only the success of the program, but also the basic health of the volunteer fire service,” MacKenzie said.

The national program thus far has cost about $100,000 and has been funded partially through sponsorships and government contributions. Alberta spent about $500,000 to create and execute its program.

Once the website launches, it is designed to be run by Canadian fire services. The CAFC will rely on provincial chiefs associations to encourage uptake, and monitor departments in their jurisdictions. The program, MacKenzie said, will only be as successful as its users allow it to be.

“It won’t solve all our problems,” MacKenzie said, “but it will ensure Canada’s fire departments have tools to enhance the process of successful recruitment within their own communities’ demographics.”

The Canadian Association of Fire Chiefs launches its recruitment and retention program at its annual conference in St. John’s in September. A web page for every volunteer department in Canada and standardized promotional material will help to make volunteer firefighting a recognizable brand.