Features Prevention
At the ready

When people think about international aid workers, many picture doctors, nurses and other healthcare professionals. But, firefighters are often also an important part of relief teams. 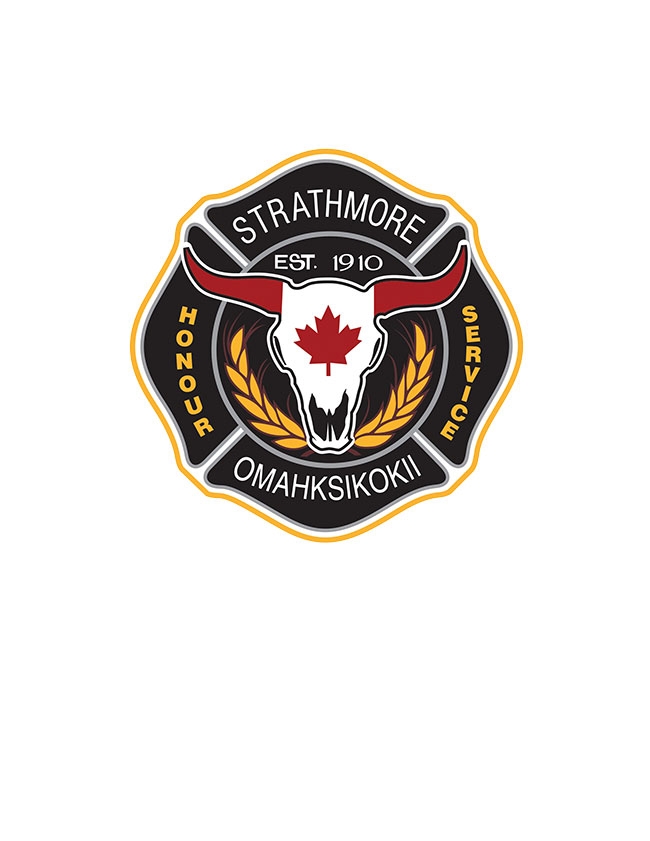 The crest of the Strathmore Fire Department in Alberta. When people think about international aid workers

Many firefighters volunteer with humanitarian organizations, using their unique skills to help vulnerable people around the world recover from disasters.

Sean Freeman, a senior firefighter and acting deputy chief of prevention and inspection at Strathmore Fire Department in Alberta, is one of those firefighters. He’s been deployed several times as an overseas aid worker to help relief teams co-ordinated by the Canadian Red Cross.

“We get paged out much the same as a fire department,” explains the 48-year-old father of one. “We get an email, phone call or text when there’s an emergency and for the initial response you’ve got less than 24 hours to get ready to go. It’s exactly the same as the fire department.”

Freeman, who joined the fire service in 1995, has responded to five such disasters in the Caribbean and around the world, sometimes for a couple of weeks, other times for more than a month.

On his first call-out, he flew to Ottawa and went through the briefings and preparation for a mission, but it changed and he was stood down. He was disappointed, as it was to be his first deployment but, as a firefighter he’s used to false alarms, so he remained at the ready.

Patience paid off. He was deployed to the Ebola crisis in Sierra Leone in 2014, to the Philippines when it was hit by a typhoon in spring 2015, and to Nepal later that same year when an earthquake struck. He also responded when a hurricane swept across Dominica and the Dominican Republic in fall 2017.

He’s primarily been involved in work known as “capacity building,” which is essentially transferring knowledge to help locals deliver services to those in need. He’s built field hospitals and treatment centres, installed generators and done infection control and prevention.

During his deployments, he’s worked alongside firefighters from Canada, the U.S. and Europe.

In Sierra Leone, Freeman, a licenced master electrician, went to Kenema, the country’s second largest city, for a month and helped out by working on generators and building structures.

“We made things a little bit better by installing the generators with the contractors,” he says. “Everybody chipped in and helped get it done.”

Freeman also did some nursing and infection control duties, which required him to be in protective gear, and spent some time with the Kenema Fire Department to see how it operated.

He says his medical, hazmat training and electrical experience were all important on that mission, as it’s particularly useful to have individuals that can do more than one type of work.

In the Philippines, he went as a master trainer for a field hospital program and worked with the local Red Cross and ministry of health personnel.

“The really awesome thing about it was that the Red Cross had a really beautiful facility for warehousing and training.”

“We went right from assessment and treatment of patients to transporting them to our field hospital unit and giving care,” he says.

“We did all the actions from initial emergency response to assessment right up to being in the field hospital giving hospital care.”

In Nepal, he spent six weeks helping out after a devastating earthquake. He assisted the Red Cross in setting up a field hospital in Dhunche, a town of 2,500 people at an altitude of 2,030 metres.

He also traveled to Katmandu and a warehouse in the south part of Nepal near the Indian border.

“We were winding down emergency field hospital operations and handing it over to the Nepal Red Cross and the ministry of health and also working towards setting up some of their long-term programs and building up capacity.”

In Dominica, he was dispatched to a base camp for a week and a half as part of an initial response and assessment team after a hurricane struck and tore a path from the south of the Caribbean right up to the U.S., causing widespread damage and flooding.

“We went down with basic equipment and set it all up for our people to assist the Dominica Red Cross and their response and enable them to provide help to the people on the island.”

Immediately after completing that mission, he went to the Dominican Republic to do the same type of work for a couple of weeks before returning home.

“They had a pretty good response and the flooding was starting to subside and some of the damage was getting mitigated, so we worked on building capacity for their field hospital and base camp program.

“They had a lot of resources and their own ambulances and all that kind of stuff, so they just needed a response base camp to go to some of these places and have a mobile operation.”

The crest of the Strathmore Fire Department in Alberta.

Freeman began working with the Red Cross as a result of a stint he did in Kandahar, Afghanistan, as an electrician and life safety and fire alarm technician.

“When I came back, I found that I enjoyed doing the international work so I kind of envisioned doing more of it and looked at different things I could do. I looked at the Red Cross and applied online and they got back to me and I did some initial training. I love working with the field hospital program.”

Freeman enjoys going to countries as part of an initial response team and working to get infrastructure up and running.

He says his firefighting skills have helped tremendously and prepared him for being deployed to disaster-relief situations because he’s used to working in high-pressure situations and making quick decisions under pressure.

“A lot of your training and mental processes are the same. Having that experience before you come in is immensely valuable to help you do your job much more effectively. You’re used to situations changing and them being beyond your control.”

Freeman got into the fire service as a result of his father, who was a professional firefighter in Calgary and is now retired.

“I grew up seeing fire halls and firefighter stuff and all that kind of thing,” he says.

“After I got out of college I was looking for a way to contribute to the community and the fire department seemed to be a perfect match.”

Freeman, who runs his own business, found that working in prevention and inspection was perfect considering he’s an electrician.

“It fits pretty well with that.”

Freeman has learned a lot from his deployments – and found that fire departments around the world train and operate much the same.

“It’s been really good to see the experience from other people,” he says. “We have very common training. Our command and control functions are now in the international standards, so we all kind of understand what we’re doing at the same time.

The needs of people who find themselves in unfortunate situations are also the same, he notes, whether it’s a small community incident or something bigger that involves an international response.

Freeman encourages other firefighters to check out being an aid worker, as it’s very rewarding.

“There’s lots of ways you can contribute,” he says. “I’m a first-aid instructor so I can do that, but there’s everything from that up to international response.

“You can look at that and see what the requirements are and see if it’s a fit for you or you can contribute in another way.”