Features
Back to Basics: Ladder Dating — Getting on and off the ladder 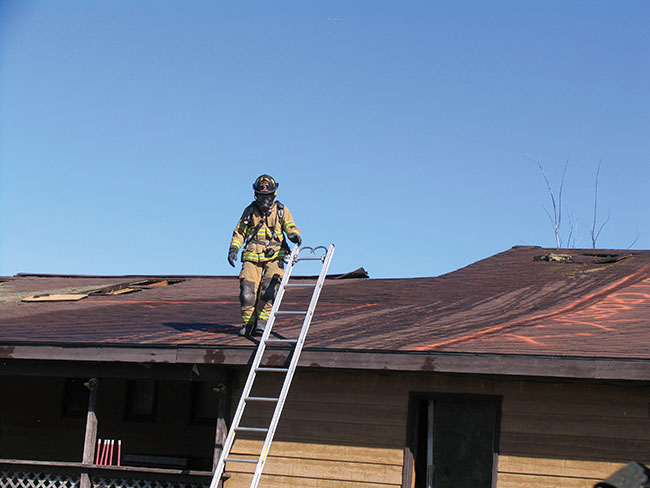 Last edition we looked at working on the ground ladder and some of the other options that are available to use in place of the traditional leg lock. For this article, we are going to focus on getting on and off the ladder. Our study so far has been with the ground ladder, but we are going to include the aerial ladder in our topic this time as it’s very applicable to both.

The most common operation with a ground or aerial ladder that involves getting on and off is with ventilation or gaining access to the roof of a building. Firefighters have fallen off the roof of a building when transitioning from the ladder to the roof. On Oct. 15, 2018, an FDNY firefighter was seriously injured when he fell 30 feet after he lost his footing when getting onto the roof from the ladder. In April 2017, another FDNY firefighter fell when he was going from the roof to the aerial platform. In this situation, the aerial ladder jerked suddenly right before he was getting on, causing him to lose his balance and fall five stories to his death.

When a ground ladder is less than three rungs above the roof line, it forces the firefighter to have to bend down to grab the ladder when transitioning onto it. This is not an ergonomic position to be in when getting onto a ladder. It lends into loss of balance with the bulk of the weight on the firefighter’s upper torso (SCBA and gear) being pulled toward the ground by being bent over. In Photo 3, note how the firefighter is able to stand upright while getting off the ladder because there are four rungs above the roof line. 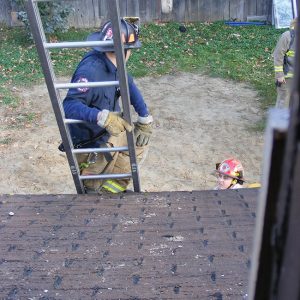 Photo 2: This ground ladder was placed six rungs above the roof line. Notice how the two ladders pictured are providing waist to shoulder height access for the firefighter to place their hands on for control of the ladder and their transition. 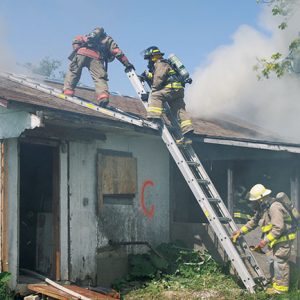 Photo 3: The firefighter is able to stand upright while getting off the ladder because there are four rungs above the roof line. 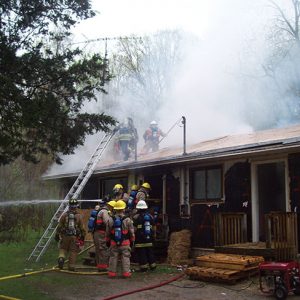 Photo 4: The ladder angle is gentle, probably around 60 degrees as compared to the traditional 70 to 75 degrees. PHOTO CREDIT: Mark van der Feyst 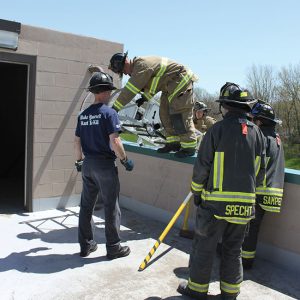 Photo 5: The firefighter has both hands on the aerial ladder beam and both feet on a solid part of the roof. He is still holding onto the ladder while standing on the roof and will transition onto the roof top in the same manner.

During the next training session with your crew or station, practice getting off and on the ladder while maintaining positive control. Doing this will increase your skill proficiency and confidence to work with ladders.