Firefighters need survival skills, but they also need to understand how correcting certain behaviours can help prevent dangerous situations. In the last two issues of Canadian Firefighter, this column explained how peer pressure and complacency can contribute to dangerous environments for firefighters. Two more reasons for concern are inexperience and good ol’ Murphy’s Law. 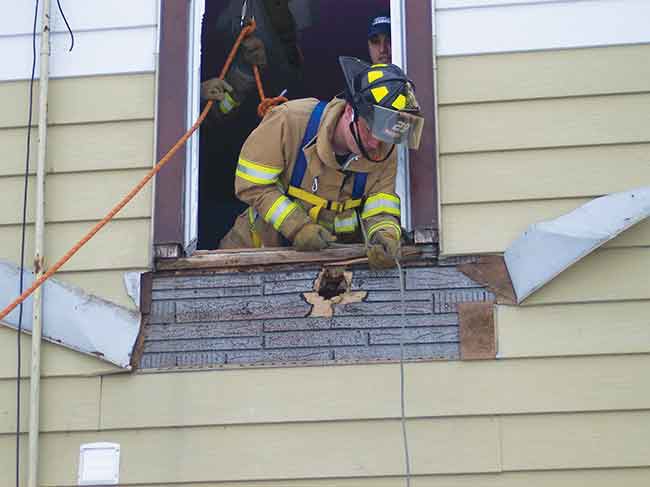 Inadequate fire ground experience
Through the efforts of fire-prevention officers and campaigns, the number of structural fires to which firefighters respond has decreased. Better building codes, better education, better and more frequent inspections, and better construction methods have resulted in fewer fires than there were 20 years ago.

With the decrease in structural-fire response comes a decrease in firefighters’ exposure to high-risk events.

In the world of risk management, there are categories of risk that can be used to rank certain actions or operations based upon severity and frequency. Structural fire fighting fits into the category of high risk, low frequency: this means that fire services are responding to events that are high risk, but that are infrequent, therefore firefighters are more susceptible to the outcomes of that risk. At these events, there are injuries, critical mistakes, line-of-duty deaths and the wrong sequence of actions taking place on the fire ground, all the result of the low frequency of response.

When firefighters are caught off guard at one of these high-risk, low-frequency events, they need to be able to get out by any means necessary.

Murphy’s Law
A final reason for having a firefighter survival program is Murphy’s Law – what can go wrong will go wrong. No matter how well prepared firefighters are, there is still the chance that something dangerous will happen on the fire ground.

Murphy’s Law requires a firefighter to be prepared for the unexpected by being able to adapt and to overcome that which is thrown at them.

So why learn firefighter survival? How do survival skills benefit the firefighter and others? These skills give firefighters the ability to rescue themselves. When crew members face a life-or-death situation, they need to be able to save themselves. A firefighter may have called for a mayday and the Rapid Intervention Team (RIT) might be on the way, but the member in danger cannot just sit there and wait – he or she needs to do something to get out and away from the problem and into safety. The firefighter should be prepared to do something unorthodox – not found in a textbook – but effective to escape safely and quickly.

The rapid intervention team will not arrive as quickly as you may think; depending on the situation, it may take team members a little while to get to a firefighter. The average time for a RIT to rescue a downed firefighter is about 21 minutes, with about 12 firefighters needed to complete the job. In 21 minutes, a single firefighter can do something to self rescue.

Firefighter survival skills also form the basis of rescuing other firefighters. The Phoenix Fire Department tested its rapid intervention crews after firefighter Bret Tarver died in the line of duty in 2001. The testing found that one in five RIT members found himself in trouble, requiring assistance by another rapid intervention team. You can see how quickly this situation escalates, with more firefighters needed to rescue one, two or perhaps three downed firefighters. Firefighters who have the survival skills to save or rescue themselves can help de-escalate the situation.

Houston Station 8 fire Capt. Eric Joel Abbt’s story is a good example of the importance of firefighter survival skills. On March 28, 2007, Abbt responded to a highrise fire that was started by arson. Abbt was working on the fifth floor trying to rescue an occupant when he declared a mayday due to low air. Abbt waited for the RIT  for 18 minutes before he was plucked from a window on an aerial ladder and brought down to an awaiting EMS crew.

Abbt told the story of his ordeal and said: “A lot of guys think that this won’t happen to them – it can happen to you.”

Fighting fires is a high risk, low-frequency job, and that is why firefighters need survival skills. All structural firefighters should have the skills needed to rescue themselves when they are faced with dangerous situations similar to Capt. Abbt’s.

Mark van der Feyst has been in the fire service since 1999 and is a full-time firefighter in Ontario. He teaches in Canada, the United States and India and is the lead author of Residential Fire Rescue.  Mark@FireStarTraining.com