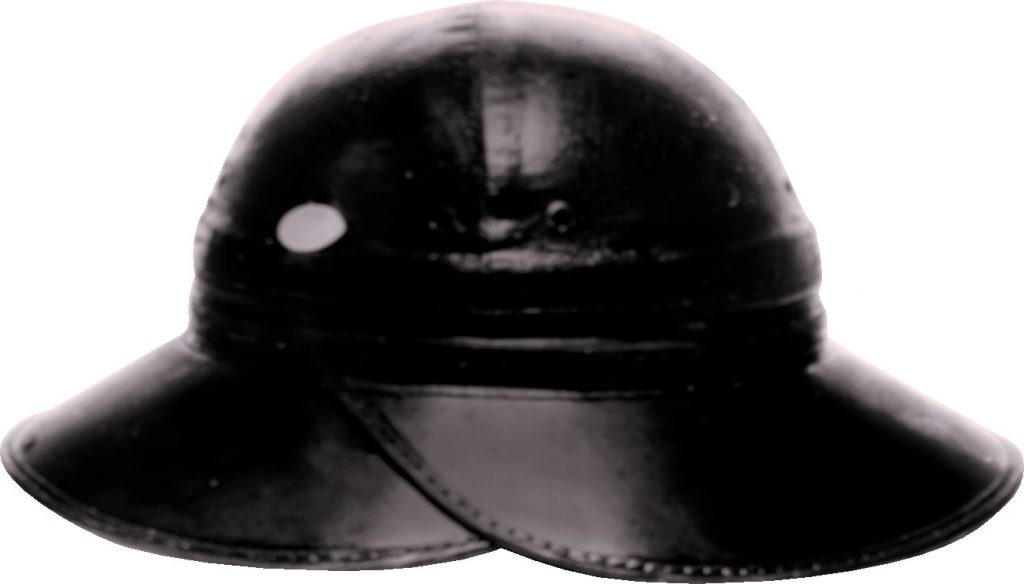 The hard boiled hat was introduced in 1919 and represented the first of many innovative designs over the past century.

Nov. 27, 2019 –  Since Bullard patented the world’s first hard hat in 1919, the industry of head protection has seen a centuries-worth of innovation. Contemporary culture views the use of hard hats as an obvious and required safety precaution, but this was not always the case.

Throughout the years, the industry of hard hats started to transform. In 1938, Bullard designed and manufactured the first aluminum hard hat. The product was considered durable and reasonably lightweight for the time; however, was deemed unsafe because of the conductive material.

During the 1930s, San Francisco’s Golden Gate Bridge was under construction. Bridge engineer Joseph B. Strauss contacted Bullard, requesting the company adapt its hats to protect bridge workers. Bullard not only supplied hard hats for this famous project, but its engineers also designed an air respirator for workers responsible for blasting the steelwork. Bullard went on to design supplied-air respiratory protection solutions for such key industries as pharmaceutical manufacturing and automotive refinishing.

Turning up the heat

In the same decade, the company began exploring heat-resistant materials for use in the fire service and other industries dealing with high temperatures. Bullard’s distinctive three-ribbed, heat resistant fibreglass hard hat was developed in the 1940s. In the 1950s and 1960s, thermoplastics replaced fibreglass. Later, the company received NFPA approval for its thermoplastic fire helmet in the early 1980s.

In 1982, the standard hard hat changed again with the incorporation of a non-slip ratchet suspension, equipped with a knob in the back for simple sizing.

The hard hat today is known in the industry as the Classic or Standard. This hard hat is produced from polyethylene plastic making it lightweight, durable, easy to mold and non-conductive to electricity. Enhanced with an upgraded suspension system, the Classic incorporates easy-lock snaps for simple installation, easy height adjustment, an enhanced brow pad and is available in cap or full-brim styles.

As the helmet industry worked out the kinks in material and comfort, designs became more regulated and special features began to surface.

In 2009, Bullard began producing an integrated fire helmet lighting system known as TrakLite. Helmets equipped with this feature have 8 LED lights located above the front-facing brim. This lighting system is still used on helmets today.

One of the latest innovations to the hard hat came in 2017 with a see-through visor along the entire front brim. The innovation allows workers to see hazards overhead. The clear visors are produced in clear as well as grey and yellow tints and are designed to be removed and replaced when necessary.

Here’s to another hundred years of innovation!