Camp Ignite in British Columbia, Ember Fire Academy in Yukon and Camp FFIT (Female Firefighters In Training) in Ontario are taking place this summer and organizers say the camps are helping add women to the fire-service recruitment pool.

"It's not unusual to hear girls at the end of the camp say that they can do anything they set their minds to," Siegmann said.

This year's four-day Camp Ignite in August will welcome about 20 new girls as well as a returning peer mentor. Campers learn about search and rescue, dispatch, and live fire, and connect with female firefighter role models.

In Ontario, Camp FFITs, run by Fire Service Women of Ontario, are happening in Ottawa, London and Hamilton. More than 220 girls aged 15 to 19 have participated in Camp FFITs since the first in 2010 and the application pool is growing each year, said Sue Jones, Ottawa fire prevention officer and Camp FFIT director.

"I think the reason that the camp is encouraging people to join is simply that they're recognizing that [fire fighting] is an option where maybe they hadn't recognized it before," Jones said.

She said she often receives emails and calls from women in their 20s and 30s who have heard of the camp and are curious how they can start the process to become a firefighter.

This year in Ottawa alone, 19 women who have been to Camp FFIT are applying for full-time positions.

Three more cities in Ontario and one in Alberta are planning to hold Camp FFITs in 2017.

Ember Fire Academy, held each year in Whitehorse, is run by the Yukon Fire Marshal's Office and offered to females of all ages, for free. Whitehorse firefighter Kiara Adams said fire fighting appeals to young women, but also women who are looking for a career change.

"It's neat because everyone develops friendships over the week and the older ones are supporting the younger ones," Adams said.

Ember runs for five days in late July for 12 successful applicants. Several of Ember's past participants have gone on to volunteer in Yukon fire services and some are pursuing fire fighting as a career.

Find more details about all three camps by searching them on Facebook. 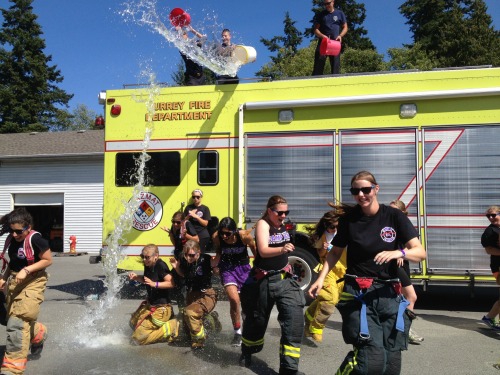