Fire Chief Vince MacKenzie made it clear at a recent fire education conference that part of the job of fire chief requires you to be a coach. Not just any coach – a coachable coach. 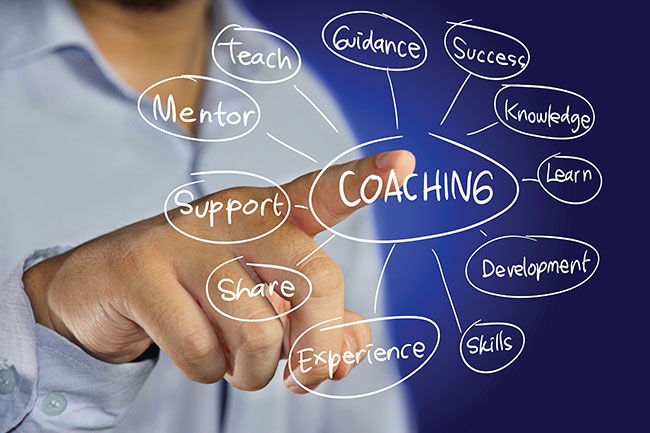 Part of the job of leading a fire department involves being a good coach. Fire Chief Vince MacKenzie made it clear at a recent fire education conference

At the 2019 Northeastern Fire Education Conference and Trade Show held in Huntsville, Ont., on March 29, MacKenzie gave a talk on how to lead and coach the members of an ever-changing department.

He explained it’s important to recognize in the volunteer and career service that people have simply become busier. Whether it’s home life, varying time commitments, or even a generational gap among peers – things are changing. And with an ever-changing group of firefighters, fire chiefs are required to know how to coach all of them differently.

MacKenzie has been fire chief of the Grand Falls Windsor Fire Department in Newfoundland and Labrador since 2003 and is an executive member of the Canadian Association of Fire Chiefs, so he has witnessed and learned from many different leaders and mentors, shaping how he leads the people on his team now.

“Each generation brings their own view of the world,” MacKenzie said as he listed off today’s generationally named groups starting with Traditionalists, followed by Baby Boomers, Generation X, Millennials or Generation Y and finishing off with Gen Z – also referred to as iGen.

He spent time sharing some general characteristics of each group and different coaching methods other fire chiefs can use if they find themselves facing a similar situation in their own departments. He also made comparisons between several of the groups.

“Millennials are very self-aware and they make great team players who like to be good – together,” he said. “The iGen are much more pessimistic. They are less confident, need much more reassurance and encouragement.”

MacKenzie didn’t say that either group is better or worse than another at fighting fires, but when it comes to following their leader, getting along with one another at the fire hall, or communicating together well at the scene of a fire – different leadership styles make a big difference.

“Everyone here today is a leader and different leaders have different styles of leadership,” said MacKenzie, listing off four styles he uses that help.

Supporting
Relationship orientated. You’re listening. You’re praising. Asking for input. Give feedback and give subordinates control. You’re there to support.

Delegating
Offers little in the way of social support. Agrees on goals and lets subordinates get the job done. Giving tasks to your team and trusting they can get the job done without dictating and following.

Directing
This is where you’re being the director. Focused on the goal and being the authoritative voice in a department controversary or at the scene of a fire.

Coaching
You’re their cheerleader and letting them know you’re on their team and have their back. You’re encouraging and you are doing everything you can to build your team’s career and further your department.

MacKenzie reminded chiefs that being a good coach is not about being everybody’s friend, as sometimes tough decisions have to be made that some team members won’t agree with, but it comes down to letting your team know you are there for them.