How reading nonverbal communication can help make a great hire 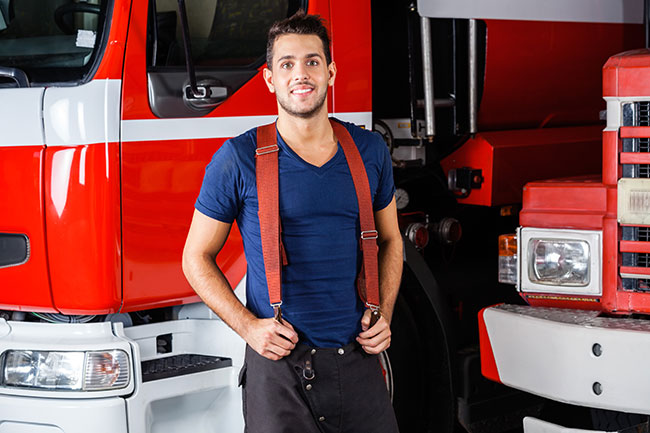 A person with their shoulders down and back, maintaining good posture, and around 60 per cent level of eye contact is transmitting strong cues of confidence. Photo credit: Tyler Olson/Adobe Stock

Has this happened in your department? You think you’ve hired the right person and they turn out not to be a good fit. Is it something that could’ve been avoided, you wonder, and if so, what did you miss and at what point?

Resumes were submitted, entrance exams passed, fitness requirements met — all the boxes were checked. Even the interview had its checklist of ideal points to be covered by the candidates in response to the carefully curated behavioural questions.

So, what went wrong? Was it just the luck of the draw or was there something more that could have been gleaned from the interview to get a feel for how well an individual will fit into your department’s culture, mission and values.

Understanding how to interpret body language and nonverbal cues provides you with an incredibly accurate and reliable indicator of one’s true intentions because body language is universal and present in every interaction, and it accounts for 60 to 93 per cent of communication.

Body language is so accurate is because it’s controlled by the limbic brain in what can be thought of as a direct connection that bypasses cognitive thought. Your body expresses thoughts and feelings without conscious thought and largely unbeknownst to most because we’ve never been formally taught about this.

Take the face, for example. If you see eyebrows drawn close together in a furrow, a jaw clench, tightening of the face and neck muscles, a slight or pronounced lip compression, or an increase in breathing, it’s clear that the person is displaying nonverbal cues of distress and discomfort.

Self-soothing behaviours are the brain’s way of dealing with stress in real time. Touching the forehead or the neck, lips disappearing, muscles tensing, hands clenching and squinting eyes can all be observed as someone considers their response to a question or reacts involuntarily to a situation.

Repetitive behaviours are soothing and help us deal with psychological and emotional stress in our bodies. Consider foot bouncing, finger twiddling, twirling strands of hair, and fiddling with earrings, rings or watches. I often see women rub their fingers and/or finger nails on one or both hands and bite the inside of their lip.

We all understand that interviews are known to cause stress and anxiety and it’s normal to see signs of this stress in their nonverbal behaviour, but there are key indicators to be aware of in response to specific questions that can indicate inconsistencies, or at the very least, cause us to ask a follow-up question. Here is a list of negative nonverbal cues and what they indicate:

Here is an example in action. Let’s say you’re interviewing a potential probationary firefighter. In your department, all firefighters are involved with fire prevention and public education initiatives. You tell the candidate that part of their duties will be to perform fire safety inspections and public education, and you ask them how they feel about that.

You notice the candidate’s nose twitch briefly as they say with a one-sided shoulder shrug, “Yeah, I’m okay with that.” They lean back slightly.

The nose twitch is a flash of disgust and the raising of one shoulder indicates that they are not committed to what they just said. (Both shoulders raise together when someone is confident in what they’re saying.) Leaning back is a form of distancing and we automatically try to distance ourselves from seeing or hearing something we don’t like.

At this point you may wish to ask a follow-up question such as, “I sense some hesitation, do you have mixed feelings about doing fire prevention?” It could be that their last inspection was in a disgusting rat-infested home of a hoarder (which would cause the nose scrunch as they recalled the memory) as well as the other cues, in which case you’d understand their reaction. Or, they may concede to the fact that it’s not their favourite thing to do, but they’d do it if it’s part of the job. Either way, you’d be provided with added insight.

Here’s another example. You ask, “Tell me about your last job,” and you catch a furrowing of the brow and narrowing of the eyes in response. Chances are it didn’t end on a good note, and they may go on to explain why, or what troubled them about leaving the job. Or, maybe, they’re still there and their employer doesn’t know they’re planning on leaving.

It’s equally important to recognize natural confidence in your aspiring interview candidates, which comes from their body language and the way they carry themselves and interact with others. It’s a vibe they give off. Another key indicator of confidence is a general ‘taking up of space’. Confident people naturally take up more space than less confident people, who tend to keep arms in tight to their body, hands clasped together, legs together, body tense.

Here are some good indicators of confidence: shoulders down and back, good posture, eye contact (around 60 per cent is ideal), hand gestures while they talk, open hands (the more space between the fingers, the more confident and relaxed one is), no erratic or twitchy movement and relaxed facial muscles and body.

The important thing about body language and nonverbal communications is that context has to be considered. Yes, interviews can be nerve wracking, but if you’re getting mixed signals and/or negative nonverbal cues, asking a clarifying question may be all that’s required to put your mind at ease and it just may be what saves you from a ‘bad’ hire.

Jennifer Grigg has been a dispatcher, volunteer firefighter, inspector and instructor in her three decades in the fire service. She is also a certified body language coach and speaker. Contact Jennifer at jennifergriggcoaching.com.