For Canadian fire services to effectively transition to a fire-prevention culture from the longstanding suppression mentality, everyone from officers to recruits needs to buy in. 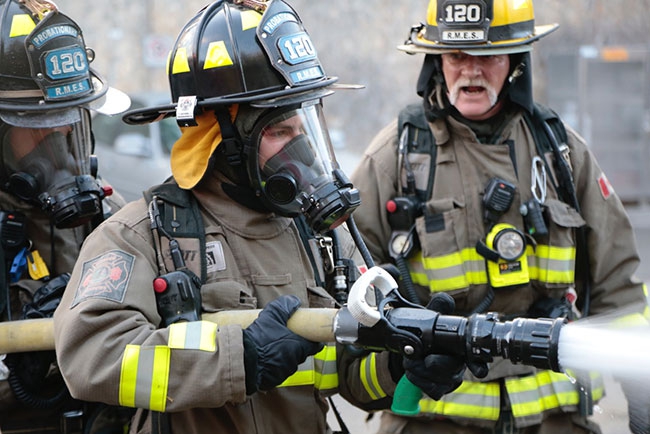 A business-sector best practice called on-boarding can help fire departments achieve a paradigm shift among members and, at the same time, reduce personnel challenges and boost morale throughout an organization – even though the practice is aimed at new hires.

There has been a transition in Canadian fire services to a safety culture from risk-taking: no longer are firefighters willing to give everything when there is nothing to save. Fire fighting is becoming smarter with the adoption of more science-based techniques.

As fire services move from old ways, it makes sense to embrace proven private-sector practices to entrench the idea of safety over risk.

On-boarding engages and informs new hires to help them understand the culture of the workplace. The term is self-explanatory – meaning simply to get new hires on board from the outset rather than the old when-they-have-been-here-long-enough-to-figure-it-out approach. On-boarding familiarizes new hires with the culture and the goals of the organization. A well-developed program that pairs new hires with more senior members who understand and reflect the culture, values and goals of the organization can alter the career of that firefighter.

According to a November 2015 article in the Harvard Business Review called The powerful way on-boarding can encourage authenticity, when new hires are on-boarded, they feel more valued and can be truer to those values, which leads employees to better express themselves and feel comfortable asking questions to ensure clarity about roles, tasks, policies and procedures. The article also emphasises that an organization gets more out of employees who are comfortable speaking up – better collaboration, increased information transfer, and a broader spectrum of ideas and knowledge.

John Robertson, an Ottawa-based workplace-change expert, said in an interview that a powerful yet simple change that happens through effective on-boarding is a reduction in the top-level leadership issues.

“When new hires experience the proper culture and operations at the front end of their careers,” Robertson said, “there are fewer performance issues and conflict.”

The recognition of the benefits of good mental health, zero-tolerance policies for safety violations such as failing to wear seatbelts, and increased driver training are all shifts in the direction of safety, but some fire services have been slow to adopt these principles on the fire ground.

In 2004, at a firefighter safety summit in Tampa, the National Fallen Fire Fighters Foundation (NFFF) developed 16 firefighter life-safety initiatives, the first being: Define and advocate the need for a cultural change within the fire service relating to safety; incorporating leadership, management, supervision, accountability, and personal responsibility (everyonegoeshome.com/16-initiatives/). This initiative is not only putting the responsibility of safety on the leaders and managers, but puts the onus on all fire-service members by stating that it is also a personal responsibility.

A 2007 report by the Fire Service Research and Training Unit at the Anglia Polytechnic University at Cambridge says fire-department recruits are moulded early on by more senior crew members. Most fire-department recruits are put through several weeks or months of rigorous training and are then assigned to their first crews. The attitudes of  crew members shape the way new hires view the culture of the department and may well shape the attitude of the recruit for his or her entire career. If crew members display attitudes and behaviours that are not in line with the culture that fire service leaders have established, the recruit may eventually adopt unwanted behaviours, the report says.

An on-boarding program for recruits ensures that the new hires understand the direction of the organization and the expectations of their roles as public servants, including prevention and education duties. When recruits are paired with more senior firefighters who exemplify the desired values of the organization, the new hires are better able to express their unique perspectives. A 2013 article in Administrative Science Quarterly called Breaking them in or eliciting their best, shows that the “individualized process of on-boarding takes advantage of skills, values, and attitudes the recruit is thought to possess already.” This research concludes that “By encouraging newcomers to consider and express their authentic best selves, organizations can positively affect their job attitudes, performance, and retention.” This helps recruits to feel valued and more engaged; also, by applying their own ideas, recruits are less likely to absorb poor examples that lead to risk-taking behaviour.

A September 2013 report by Surrey Fire Services and the University of Fraser Valley in British Columbia called Reframing situational awareness within the fire service culture notes several contributing factors to the risk-taking culture and identifies how fire services can move more toward a culture of safety. According to authors Martha Dow, Fire Chief Len Garis, and Deputy Chief Larry Thomas, enhancing situational awareness – which is the perception of the event, comprehending what is happening, and predicting what will happen – is being explored as the most critical factor in maintaining the safety of participants in high-risk, low-frequency events. But as the report states, good situational awareness is often impeded by the fire-service culture. The report highlights hero-orientation and veteran-centric environments as key contributors to a risk-taking culture.

Hero-orientation is the perception by the media and the public that firefighters are risk takers willing to lay down their lives for strangers. Former Phoenix Fire Chief Alan Brunacini points out in a report called National Safety Culture Change Initiative on the Federal Emergency Management Agency website (www.fema.gov) that it doesn’t matter how a person dies in the line of duty, either freelancing or trying to save a life, he or she is given the same hero’s funeral. These types of influences shape fire-service practices, Brunacini says, because today’s firefighters are still hearing the words of Ben Franklin: “fast/close/wet.” Fast/close/wet is the original motto of the fire service: get to the fire as fast as possible; risk a lot to get close to the fire; get the fire wet putting water on it.

Garis says on-boarding programs for recruits can change fire services from within and are part of an important strategy. According to a Surrey Fire report, firefighters who identify themselves as heroes can be more likely to become risk takers with potentially serious consequences, whereas firefighters who are socialized as public servants are less likely to do so. On-boarding a recruit with safety messages will go a long way toward a career that is intelligently cautious rather than overly aggressive, Garis says.

A veteran-centric environment exists with a department that equates experience with power: the more time a person has on the job, the more decision-making power he or she has. Reframing situational awareness within the fire service culture  notes that when veteran-centric mentality occurs in isolation from other inputs, it eventually undervalues knowledge. Fire fighting is a highly competitive field and many candidates have post-secondary education, in addition to pre-service diplomas or certificates, plus considerable work and life experience. Firefighters are hired for the skills and knowledge they bring to the job, but when a veteran-centric environment exists in the fire hall, new hires can feel undervalued and forced to fit into a culture that may rely on traditions and outdated technology and techniques.

According to academic research, on-boarding recruits during their initial training will compliment a fire administration’s top-down approach to changing the culture. Used in any organization, on-boarding introduces a new hire to the goals, values, assumptions, beliefs and culture of their new workplaces. On-boarding can be used to change the way a fire service functions, embracing a culture of safety rather than risk taking.

Lydia Wilcox is a career firefighter and a member of the board of Fire Service Women of Ontario. Contact her at Lydia.wilcox@rogers.com