Fire-service professionals must often make difficult decisions on the job. But how many of these decisions can stand up to scrutiny? 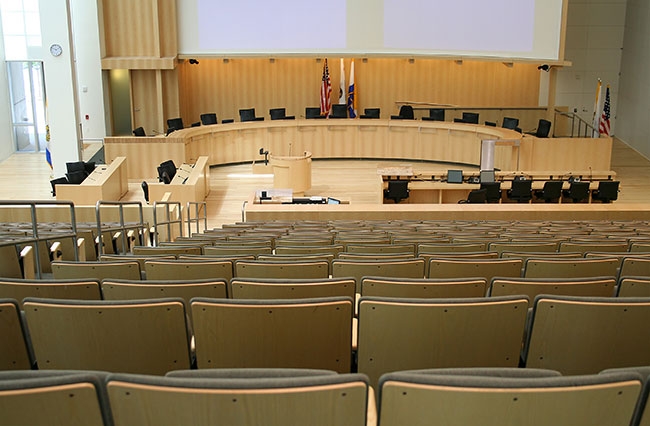 Those interested in making more informed and justifiable decisions have an opportunity to learn from the experts. A new online course at the University of the Fraser Valley (UFV) in British Columbia, entitled Evidence-based Decision Making, will teach students how to identify, collect and analyze data needed to make defensible decisions based on hard evidence.

The course was developed in collaboration with the City of Surrey and the authors of the three-part series The Right Decision on evidence-based decision making that I wrote with researcher Paul Maxim, who is a professor at Wilfrid Laurier University’s Balsillie School of International Affairs and Director of the masters of international public policy program.

“Collecting and using data to make evidence-based decisions isn’t just for scientists and academics,” noted Maxim. “It’s a skill that can and should be learned by anyone in a leadership position, or anyone who strives to be in one. Whether you are a business executive, government professional, or fire or police chief, your decisions can make the difference between success and failure in your organization, and in your career.”

The online course is based on The Right Decision series of manuals and companion workbooks, launched in 2014 through a partnership between the City of Surrey, University of the Fraser Valley and the federal Canadian Safety and Security Program.

The series provides customized editions for the fire, police and government sectors, the last of which was recognized with a 2016 Professional Development Award from the Canadian Association of Municipal Governments and was presented at a United States conference on transforming local government in spring 2017. Translated versions of the books are being used in academic settings in China.

In the office or laboratory, public or private sector, the core elements of evidence-based decision making are the same: define the problem, identify what data is needed, gather the information, analyze the results, and apply them to a decision.

The origins of today’s evidence-based approaches can be traced to the 1980s, when the United Kingdom government faced significant financial challenges and started to emphasize the need to support policies and best practices with hard data and research. Critics felt at the time that decision makers were wasting resources by basing their decisions on personal preferences, traditional practices and trendy ideas.

Evidence-based decision making has grown increasingly important since that time, as governments at all levels face shrinking budgets, a growing demand for both efficiency and accountability, and the effects of unstable and changing global economic and security conditions.

Typically, people make decisions based on what they have learned through experience or training, on conventional wisdom, or on past practices. Even though these methods do not always achieve the desired results, people are often reluctant to change their approaches; they become comfortable doing the same thing over and over again, even when they are not happy with the outcome.

Evidence-based decision making is rooted in systematic study and data collection – like science – and generally leads to sound and defensible decisions; it is a more transparent process, letting outsiders see and understand the foundations of a decision.

On some occasions, the process leads to the conclusion that the current way is the best way, after all. Alternately, the process may help identify the options and practices that do not work, rather than finding an optimal solution. These outcomes should not be viewed as failures, as they provide valuable information for future decision making.

Evidence-based decision making is a skill that can be learned by non-academics and becomes easier with practice.

Like the books, the University of the Fraser Valley course strips evidence-based decision making down to the basics, guiding participants through the process of finding and using the information needed to make evidence-based decisions, and then positioning their decisions in a way that will convince others of their merit. Case studies link the concepts to the real world.

Following a successful pilot in fall 2016, the University of the Fraser Valley added the course this year to its continuing-education offerings, making it available to the public.

The City of Surrey, which has embedded evidence-based decision making in its corporate culture, is requiring new leaders throughout its organization and fire service to complete the course.

The Right Decision series of manuals and companion workbooks may be downloaded for free from the University of the Fraser Valley’s online resource library at cjr.ufv.ca.

Len Garis is the Fire Chief for the City of Surrey, B.C., an adjunct professor in the School of Criminology and Criminal Justice, and an associate to the Centre for Social Research at the University of the Fraser Valley; he is a member of the affiliated research faculty at John Jay College of Criminal Justice in New York, and a faculty member of the Institute of Canadian Urban Research Studies at Simon Fraser University. Contact him at LWGaris@surrey.ca