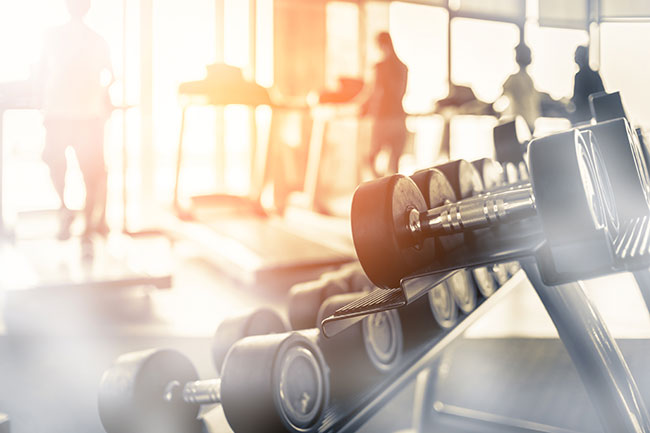 Cognition and brain functioning at the molecular, cellular, systemic and behavioural levels are positively influenced by aerobic exercise. Photo: Istock

A lot of information documenting the characteristics and experiences of first responders such as police and paramedics has accumulated. While some research efforts have also been directed towards professional firefighters, not as much is known about volunteer firefighters. They are an interesting group as they come from a variety of personal and professional backgrounds with little to no training prior to joining the crew.

This raises questions about their unique vulnerabilities with respect to facing danger and recovering from potentially traumatic experiences. We did a study on rural volunteer firefighters as a means of deepening our understanding about their needs. We wanted to learn more about their experiences with symptoms of depression and post-traumatic stress. In addition to their needs, we wanted to shed light on how firefighters may experience growth and healing following a potentially traumatic event. In doing so, we hope our findings may assist in developing improved clinical interventions.

Thirty-two of the firefighters were male and three were female. Their level of experience ranged from one month to 30 years, with the majority (76 per cent) at the operational level. Eighty-eight per cent of participants rated their level of physical activity in the past month as ranging from average to good. One quarter of the firefighters were physically active in their paid jobs. Finally, all firefighters rated their overall health as being average to good.

■ Findings
Fourteen per cent of firefighters reported symptoms in the clinically significant range on the depression scale. The Mood Disorder Society of Canada reports that eight per cent of Canadians will experience major depression in their lifetime. Our sample showed close to double that percentage.

Eleven per cent of firefighters reported symptoms in the clinically significant range on the PTSD scale. This rate is considerably higher than the national average of 9.2 per cent in the general population.

Based on these findings, it seems warranted to consider providing support, monitoring and further intervention, including education and treatment, for volunteer members. The following information explores the correlation between the demographic variables measured and symptoms of depression and PTSD in our participants. It should be noted that a correlation indicates the presence of a relationship, as well as the strength and direction of that relationship. However, it does not establish a causal link.

■ Depression
Our results showed a strong correlation between level of physical activity and severity of depressive symptoms. In other words, members who reported being more physically active were less likely to report symptoms of depression. There was also a moderately strong correlation between reported levels of overall health and severity of depressive symptoms. Members who were healthier overall reported fewer symptoms of depression. There did not appear to be a relationship between depression and the other demographic variables measured.

■ Limitations
It should be kept in mind that there may be other variables that affect symptoms of depression and post-traumatic stress that we did not study. We also did not study the effects of any specific psychotherapy treatments on symptoms. Furthermore, a larger sample size would be needed to estimate rates of depressive symptoms and PTSD symptoms in rural, volunteer firefighters with a higher level of confidence. Nonetheless, the rates presented here are representative of the members that participated in this particular study.

■ Preventing Symptoms and Improving Outcomes
Although there are risks in fire fighting, there are also important opportunities for the prevention of symptoms and the amelioration of adverse outcomes. A pyramid of intervention can be helpful in furthering our understanding of how this may be achieved. This pyramid reflects some of the strategies firefighters in our sample suggested as being important for their wellness, but it can be easily modified to meet the needs of individual teams.

At the first tier/base of the pyramid sits a universal system where supportive environments promote mental health for all firefighters and their families. This includes ensuring a welcoming and respectful work environment. The focus could be providing information sessions on trauma and stress, peer support, opportunities for physical activity, and ensuring access to family and employee assistance programs.

The second tier could be a more targeted and focused short-term support system that includes evidence-based interventions that would allow members involved in a potentially traumatic incident to process their emotional response as a small group.

Let’s now consider examples of the types of intervention at each of the tiers above.

■ Tier One: Physical Activity
One example of an intervention at the base of the pyramid is physical activity. Physical activity has a demonstrated beneficial effect on symptoms of insomnia, hypersomnia, fatigue, excessive or irrational guilt, suicidality and indecisiveness.

As an intervention, physical activity may lend itself to the fire fighting context since it may help re-establish a healthy sense of personal control or self-efficacy, which may be fractured by traumatic events. The beneficial impact physical activity has on symptoms of depression and PTSD may be due to how it effects the brain. Cognition and brain functioning at the molecular, cellular, systemic and behavioural levels are positively influenced by aerobic exercise.

Furthermore, based on their review of the literature, Thomas, Dennis, Bandettini and Johansen-Berg (2012) concluded in The effects of aerobic activity on brain structure that aerobic exercise increases gray matter density in the frontal, temporal and cingulate regions of the brain. The frontal lobe houses the prefrontal cortex, which is responsible for activities such as self-awareness, executive functioning, memory and attention.

Since PTSD reduces activity in the medial prefrontal cortex, this suggests that it may compromise a person’s ability to execute these skills. Along with the prefrontal cortex, the temporal lobe of the cerebral cortex is also implicated in memory. Because some symptoms of PTSD involve memory disturbances such as flashbacks or dissociative amnesia, again it seems warranted to engage in exercise that can bolster the functioning of this brain region.

Research evidence on first responders is shedding light on some of the benefits that may be gained following a traumatic event. In a study of individuals employed in ambulance services, 98.6 per cent of respondents experienced one or more positive changes as a result of a work-related critical incident. These results begin to normalize the possibility of PTG and highlight the need for therapeutic interventions and debriefings to address this topic. In a study on 1,916 firefighters who faced a critical incident, results indicated that 51.7 per cent of firefighters achieved some level of positive growth.

■ Tier 3: Eye Movement Desensitization and Reprocessing (EMDR)
Eye Movement Desensitization and Reprocessing (EMDR) is an example of an intervention that may be offered on the third tier. EMDR therapy is an eight-phase treatment approach that uses bilateral stimulation, including eye movements, to work with clients who have been exposed to traumatic events. By targeting cognitions, images, feelings and body sensations, EMDR assists clients in reprocessing such events so that a more adaptive perspective on them is facilitated.

EMDR is garnering research support and is recommended by the World Health Organization as a treatment for trauma. Despite the limitations of our study, the results may begin to facilitate a better understanding of the needs of rural volunteer firefighters in Canada. Canadian volunteer firefighters are a population that warrant further study.

Dr. Judy Moench is a registered psychologist in Edmonton. She is also an adjunct professor at the University of Alberta and president of EMDR Canada and co-ordinates the Disaster Response Network for the Psychologists Association of Alberta. Ceri Moore is a registered psychologist in Newfoundland and Labrador. She has been involved in several research projects examining recovery from trauma, some of which have focused specifically on the needs of first responders.


Related
Leadership Forum: Fire chiefs should have a true open-door policy
5 Reasons you should consider meditation
Learning how to check-in with oneself
Mental health moves into the mainstream