May 5, 2016, Ottawa - The government of Canada will match all donations to the Red Cross to assist people displaced by the wildfires in Fort McMurray, Alta., Prime Minister Justin Trudeau announced.

The House of Commons played host Thursday to a series of extraordinary statements by leaders about the devastating fire, which is in its third day and has forced the evacuation of nearly 90,000 people in northern Alberta.

Trudeau said the scale of the fire's destruction has not yet been fully assessed but called it ''far-reaching and utterly devastating.''

''To see the pictures out of Fort McMurray right now that could be taken in a war-torn corner of the world instead of our own backyard is a reminder of how Canadians will and must stand together with our friends and neighbours in this difficult time,'' Trudeau said in the packed Commons.

The government operations centre is co-ordinating the federal response and monitoring the situation around the clock, he said.

A number of federal departments have been pressed into service, including National Defence, Health Canada, Indigenous and Northern Affairs, Natural Resources Canada and the RCMP.

Trudeau said four Griffon helicopters and one Hercules aircraft have been deployed by the Royal Canadian Air Force, with further air support on standby.

Disaster assistance funds will also be coming, in addition to the government's matching Red Cross donations.

''We will weather this storm together, and together we will rebuild,'' said Trudeau.

''I want to assure the people of Alberta we are doing everything we can to help.''

The government of Alberta has declared a state of emergency in a bid to galvanize the country's relief efforts. Alberta is also matching Red Cross donations up to a cap of $2 million.

Rona Ambrose, the interim leader of the Conservative party, says the citizens of Fort McMurray come from across Canada and have built a thriving resource community that now needs the support of the whole country.

She paid tribute to all the Atlantic Canadians who have made lives in Fort Mac, ''which gives us hope and faith that the city of Fort McMurray will rise again.''

Ambrose said people around the world are watching the images and that Fort McMurray's residents have faced ''literally hell on the Earth in the last couple of days.''

She said the city grew from nothing and became ''the economic engine of this country.''

Ambrose noted that Brian Jean, the leader of the opposition Wild Rose party in Alberta, lost his Fort McMurray home ''but in the very typical Alberta spirit, he said it's just 'stuff' and we'll carry on and rebuild.''

NDP Leader Tom Mulcair called the stoic response of Fort McMurray citizens reassuring, praised the ''strength of character'' of Albertans and called it ''profoundly Canadian'' to band together in a disaster. He noted Bombardier water bombers from Quebec are on their way to the fire.

''Everybody in Canada understands and feels for the people of Fort McMurray today,'' said Mulcair. ''This House should rise as one and provide all the support and help they need.''

Green party Leader Elizabeth May said the images coming out of the region are heartbreaking.

''We are one country and we love Fort McMurray,'' said May. 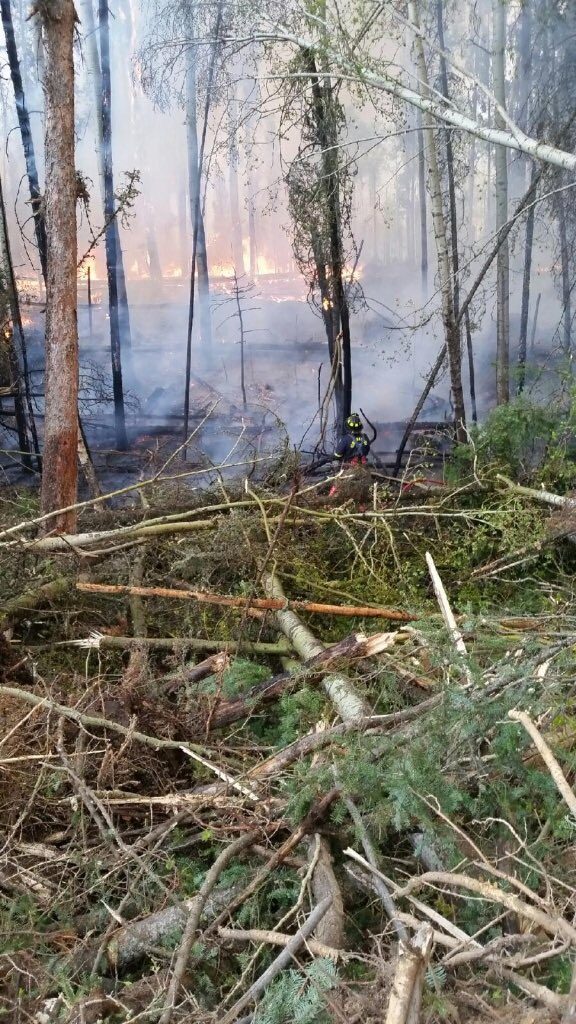