May 6, 2016, Edmonton - It's hot, gruelling and dangerous work with few breaks and virtually no shut-eye – and firefighters from across the province are lining up to do it.

The first batch left Sherwood Park on Tuesday night and have been working virtually flat-out since they arrived in the wee hours Wednesday. The were set to head home on Thursday night.

The Strathcona fire department tweeted a photo of six firefighters sprawled on a lawn in Fort McMurray, with another reclining in the trunk of a van.

Deputy operations chief Devin Capcara said the picture was taken at about 2 p.m. on Wednesday during their first bit of rest.

''Being there, knowing that things are burning, our guys don't like to take rest breaks so they've pretty much been on the trucks the whole time.''

The fire crews are based out of staging areas big enough to park trucks and set up tents and are out of the fire's path – often a school or a recreation centre. Capcara said many of his members are based at a truck stop on the outskirts of the city.

With no kitchen amenities to speak of, food options are limited.

''So they're living on food that you can take with you wherever you're going,'' said Capcara. ''The crews, after about the first 20 hours, were pretty sick of Gatorade and granola bars, which is what we have as a minimum in all our trucks.''

The firefighters in the second rotation are heading up with more varied provisions in their trucks, he said.

Despite the tough conditions, Capcara said members are banging down his door wanting to go up.

''We are co-ordinating with the provincial operations centre to support them as much as we can. Everybody wants to go, but we're being careful about being able to maintain our own emergency services here at a bare minimum,'' he said.

''I'm having to hold back a lot of guys who really want to go up and help, for sure.''

Brian McEvoy, chief of the Bonnyville Regional Fire Authority, said he's also had to turn down many of the firefighters clamouring to go. Conditions in that area have been just as dry and hot as those in Fort McMurray, some 400 kilometres to the northwest.

Bonnyville has sent a water truck and two firefighters who are ''getting pretty exhausted and worn out.''

''They're running on very little sleep and they're finally able to rotate crews in and out a little bit.''

Three of the department's 70 members are paid, with the rest volunteers.

A lot of the volunteers have lined up time off with their bosses to pitch in, but Fallow said most can't go.

''We're hot and dry in this area and we've got to look after our citizens too.'' 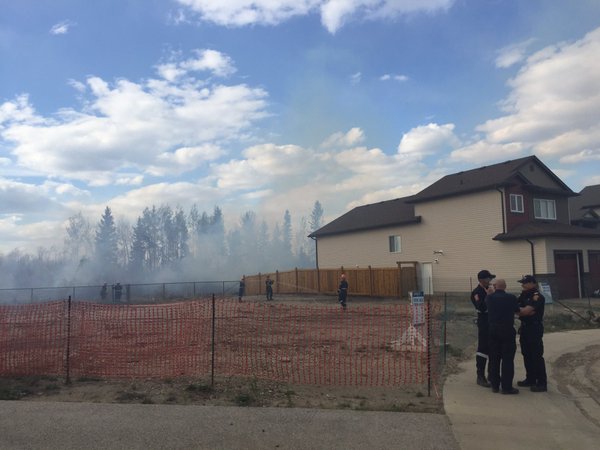