If a disaster like the train derailment and subsequent inferno that caused 47 fatalities in Lac-Megantic were to occur in your community, would you, your department and your municipality be prepared to respond? Would you be capable of mitigating the incident and prevent or minimize the loss of life and property? Could you work effectively and efficiently alongside non-government agencies to find a resolution? 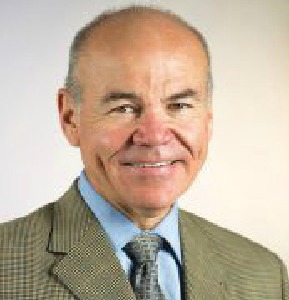 If a train-derailment disaster occurred in your community

To address these questions, in November of 2013 Canada’s minister of transportation created a working group to examine the expansion of the Emergency Response Assistance Plan (ERAP) program to include crude oil and other Class 3 flammable liquids.

Following a number of recommendations dealing with bulk flammable liquids in transportation and the requirement for them to now require an ERAP, the minister announced on April 23, 2014, the formation of an emergency response task force to conduct additional research and make further recommendations to improve the ERAP program.

The task force brought together stakeholders including regulators, first responders, railways, and representatives from the chemical- and petroleum-producing communities. The task force has met monthly since its inception to hear from experts in the field. As issues arise they are either resolved or passed to sub groups of subject-matter experts to find solutions. The task force is scheduled to wrap up its work by June of this year.

During these meetings, concerns were raised about the lack of competence, capability and capacity of first responders to handle large-scale flammable liquid fires that may arise from train derailments. Fire-service representatives have further expressed concerns over their lack of awareness of Transport Canada programs such as ERAP, as well as other resources and equipment that can be made available to them on the site of an incident.

The task force also identified a lack of training programs to deal with train-derailment fires involving bulk shipments of flammable liquids – especially for volunteer first responders. The group also seeks a reference standard outlining the competency profile for industrial responders who, under the ERAP program, would serve as flammable liquids technical advisors. These advisors would ideally have the training and job skills required to provide assistance and fulfill the requirements of the ERAP program.

It’s evident from available rail data that the volume of Class 3 flammable liquids such as ethanol and Bakken crude moving on rail has increased over recent years and is expected to continue to grow. The Financial Post recently reported that both the Canadian National and Canadian Pacific railways forecast crude oil shipments to grow between 25 and 35 per cent.

In February and March there were at least four notable derailments in North America. A massive derailment and fire of a crude oil unit train in Mount Carbon, W.Va., in February; two derailments occurred near Gogama, Ont., two weeks apart; and, yet another occurred in Galena, Ill., on March 5.

Flammable-liquid derailments are not just a Canadian issue, but rather an emerging North American problem. The NFPA welcomed the opportunity to work with the task force toward solutions.

On March 18, the NFPA and the Fire Protection Research Foundation hosted a symposium in Ottawa with about 30 members of the task force to begin developing an action plan for the creation of standards and other actions to address emergency responder competencies for flammable-liquids fires in rail transportation.

During the symposium there was widespread support for an NFPA-standards approach to rail safety. To develop a common benchmark for both emergency and industrial responder competencies, the group used the NFPA new project initiation process as a foundation and reference point.

In April the task force was awaiting a decision from the NFPA standards council on how it chose to proceed. The council may adopt the new project initiation form as submitted and create a new standard; it may assign one or more of the existing NFPA technical committees, such as NFPA 472, to alter the standards to address the issue; or it may find that this issue is already covered by existing standards and therefore requires no further action. Whatever the outcome, stay tuned to provide comment when the opportunity arises. For more information on the NFPA project, go to bit.ly/1CK8ts6