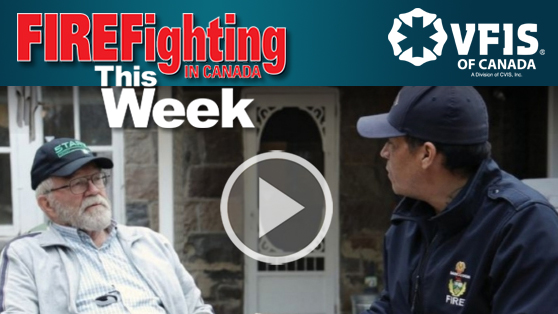 Fire Fighting in Canada has all of your latest fire fighting industry news! In the latest episode of Fire Fighting in Canada This Week: the Canadian Commission on Building and Fire Codes finalized new language for the 2020 edition of the National Building Code. It will recognize the role firefighters play in residential fires and the need to include fire fighter safety in building design. Reducing Falls, FFIC’s September edition cover story, speaks on how the Saskatoon Fire Department implemented the NFPA’s Remembering When program, which has helped the elderly stay in their homes. And, the Lambton College 20th Anniversary 9/11 Stair Climb will be held on the morning of Sept. 11. We spoke to Scott Brown, a professor at the School of Fire Science at Lambton College, about the event and what it will mean to commemorate the 20th anniversary.