A new Canadian study is calling for the creation of a national firefighter wellness surveillance system to help address soaring cancer rates and other key firefighter health risks. 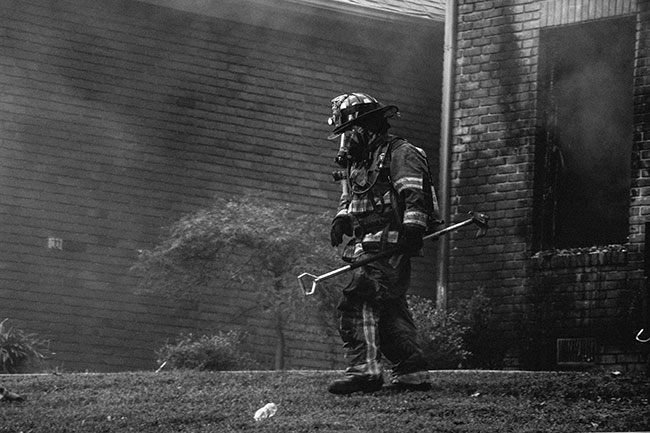 Based on 10 years of firefighter health and injury data, Determinants of Injury and Death in Canadian Firefighters: A Case for a National Firefighter Wellness Surveillance System found that cancer caused more than 86 per cent of firefighter fatalities – overtaking cardiovascular disease as the top killer of Canadian firefighters – while traumatic injuries and mental health issues also take a significant toll.

Conducted by the British Columbia Injury Research and Prevention Unit (BCIRPU) and the  University of the Fraser Valley (UFV) in B.C., the study was released in February after more than a year of work by a team of Canadian health professionals, researchers, academics and fire service leaders: Rachel Ramsden, Jennifer Smith and Kate Turcotte from the BCIRPU; myself; Dr. Kenneth Kunz, a medical oncologist; Dr. Paul Maxim, a researcher and Wilfrid Laurier University professor; Larry Thomas, deputy fire chief for the City of Surrey; and Dr. Ian Pike, director of the BCIRPU and a University of British Columbia professor.

Funded by the 2017 Motorola Solutions Foundation grant program, the study identified the top health concerns facing Canadian firefighters through an extensive review of research from 2000 to 2017, and claims data for 2006 to 2015 from the Association of Workers’ Compensation Boards of Canada (AWCBC) and WorkSafeBC.

“Taking a fresh look at the data helps to ensure that the measures taken to improve health and prevent injuries among firefighters are relevant and effective,” noted Ramsden, the lead author. “Through this study we see that firefighter health risks evolve over time. This points to the need for a method of continually collecting and analyzing firefighter health data, so that the interventions can remain in sync. This important, potentially life-saving work would not have been possible without the support of the Motorola Solutions Foundation, and we extend our sincere thanks for their support of this study.”

Fire fighting is a risky profession. Career firefighters have the second highest injury rates among emergency responders. When responding to emergencies, firefighters may be exposed to extreme temperatures, strenuous physical labour, falling objects, diseases, toxic substances, and violence or other traumatic events.

The cumulative effect of exposure to toxins over time is demonstrated by the ages of firefighters diagnosed with cancer. The highest number of time-loss claims for cancer were at ages 55 to 59, and most cancer deaths occurred over age 65.

In addition to the heightened cancer risk, stressful work conditions can lead to both increased risk of traumatic injury and mental health issues among firefighters. The claims data showed that traumatic injury contributed to 6.5 per cent of fatality claims, a rate of 4.4 deaths per 100,000 Canadian firefighters, and 90 per cent of time-loss claims. Common injuries include muscle strains and sprains, extremity injuries, and burns.

“We know that firefighters are at an increased risk for certain types of injury, disease and death, and those are the issues where we need to be directing our resources,” said Dr. Pike of the BCIRPU. “For example, fire departments could have a marked impact on their firefighters’ health by focusing their health and wellness programs on preventing cancer and traumatic injury, and on promoting mental health.”

The study has implications for firefighters everywhere.

“We see this study as part of the ongoing effort to make firefighting a safer profession,” noted Mike Hurley, vice-president of the International Association of Fire Fighters’ 6th District, representing B.C., Alberta, Saskatchewan, the Northwest Territories and the Yukon. “We welcome any effort that helps us to better understand the risks to firefighters, and to identify what can be done to reduce them.”

Although existing workplace claims systems collect considerable data and information, they lack the details and specifics that would allow the development of targeted surveillance, prevention, wellness and ongoing research programs. Because of this, the study recommends the creation of a dedicated firefighter health surveillance model to monitor health trends and patterns and provide the information necessary to support future research and develop timely and responsive interventions that will lead to healthier and longer lives for Canadian firefighters in the years to come. Meanwhile, at the local level, fire departments are encouraged to be proactive about addressing the highest risks to firefighter health. The study can be downloaded for free at cjr.ufv.ca/. For more information about the Motorola Solutions Foundation grants program, visit motorolasolutions.com/foundation.

Len Garis is the Fire Chief for the City of Surrey, B.C.; an adjunct professor in the School of Criminology and Criminal Justice and associate to the Centre for Social Research at the University of the Fraser Valley; a member of the affiliated research faculty at John Jay College of Criminal Justice in New York; and a faculty member of the Institute of Canadian Urban Research Studies at Simon Fraser University. Contact him at LWGaris@surrey.ca.