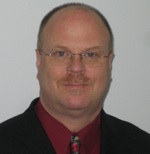 Flashpoint blog
Blogger Peter Sells wants to know if you think it's the right time to push for residential sprinklers. Check out his blog and post your thoughts.

Those of you who have been following this blog and the FlashPoint
column (my sincere thanks to you all) will know that this writer and
Fire Fighting in Canada are advocates of residential sprinklers.

So the news that the International Code Council (ICC) has rejected an
appeal filed by the National Association of Home Builders (NAHB), which
would have kept requirements for residential sprinklers out of the
International Residential Code (IRC), is welcome news. One more domino
has fallen.

The appeal was not based on the technical merits of sprinklers or their
effects on the cost of housing, it was a procedural motion protesting
that firefighters should not have been credentialed as voting
governmental members of the ICC. Not being in that loop, I can’t
comment on the validity of the appeal but I certainly have an opinion –
big surprise – on whether firefighters should be considered
stakeholders on this issue. After all, who is tasked with saving lives
and protecting property in residential fires? Who risks life and limb
crawling down hallways and hoping they don’t flash over before the
child is found? Whose mission will become more effective and less
hazardous when residential sprinklers are mandated?

Those aren’t my questions for you today. Those are too easy. My question is this:
“With the current economic downturn expected to get worse before it
gets better, is this the right time to push for the inclusion of
requirements for residential sprinklers in the IRC and other codes?”

Please feel free to answer that question and start a discussion on this blog. Here’s my answer:

According to the Canadian Real Estate Association, the average house
price in the major markets in this country in October was down 10.9 per
cent year-over-year compared to October 2007. Since 2002, this same
housing price index has averaged an increase of 8.6 per cent each year.

The Home Fire Sprinkler Cost Assessment released in September by the
Fire Protection Research Foundation determined an average cost of
US$1.61 per square foot for sprinkler installations in nine
representative communities across the U.S. and Canada. Some were
higher, due to factors such as well-water systems, which would require
upgrading. Some were much lower, including one community in
"Caleefohnya" where sprinklers are already required and contractor
costs have come down with the volume of work and competition.

So the economic argument would go like this: The impact on housing cost
right now would be two per cent, maybe three per cent depending on the
market in any given community. The market is down more than 10 per cent
from last year.  So the increase in cost would not even be visible to
the buyer, the house would still be tens of thousands of dollars less
expensive than before all this stuff hit the fan.  So the timing is
right. That, however, is not my complete answer. My complete answer is
that now is the right time, last year was the right time and next year
will be the right time.

The time is always right to do the right thing for the right reasons.

I wish the best of the season to all of you and a very safe and happy New Year.

A version of the Home Fire Sprinkler Cost Assessment released in September is available for download in PDF format: