Let’s examine the link between personal coping mechanisms and resilience. 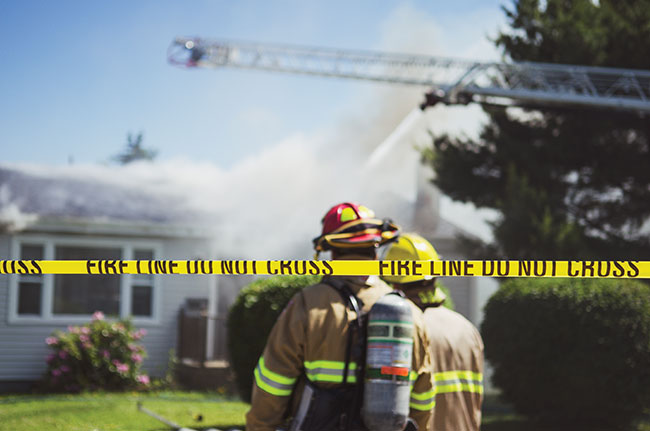 There is a saying that we see the past through rose-coloured glasses. What if we saw the present in a similar way? What if what you saw was less important than how you viewed it? If this was so, wouldn’t we be that much more successful at protecting ourselves against psychological distress and harm?

Fortunately, there is a lot of evidence to suggest that this is true.

If trauma was simply what we saw, then we’d expect that 100 per cent of firefighters would have trauma related disorders. Even the highest estimated numbers of first responders screening positive for PTSD symptoms don’t begin to scratch towards 100 per cent. How do we explain how a single call affects two firefighters so differently?

When Sheerin et al. wrote their research paper focusing on combat veterans and PTSD (2018), they identified that a traumatic experience was not enough in and of itself to warrant a PTSD diagnosis. It is a necessary component, but it is not the only component. Interpretation and the subsequent coping are the other components.

We see an emphasis on PTSD in the fire service focusing on the nature of the job. Less conversational emphasis has been on personal responsibility for psychological well-being. And that is exactly what is needed to help ensure and maintain psychological health. It isn’t a new idea, but rather one that people have been identifying long before we knew of trauma and stress in the way we do today.

Epictetus wrote in the Enchiridion thousands of years ago that “it is not events that disturb people, it is their judgement concerning them.” Epictetus seemed to understand that what was seen was immutable. More important was how people interpreted the event and this is something we have much more influence over.

Research has shown a pretty clear correlation between styles of coping and risk toward psychological harm (Sheerin et al., 2018; Loo et al., 2015; Hetzel-Riggin & Meads, 2016). Simply put, if you have an ineffective coping strategy, you’re at a higher risk for psychological trouble than your colleagues with more effective strategies. This helps to explain the major individualistic factor in why some people are more impacted by the work they do than others.

Avoidant strategies
Some people have an avoidant style of coping, which isn’t a conscious decision, but rather a process over time. An avoidant style entails small and minor psychological adjustments made to soothe stress and emotions employed over years that snowball into an automatically deployed strategy.

This is illustrated by one of the common questions I’m often asked and that is, why now? In reality, though, the better question is, why not now? It would be more surprising if people continued to stay well in spite of these unexamined strategies.

An avoidant strategy is putting space between us and the stressor physically, psychologically, emotionally or in combination of these (Hetzel-Riggins & Meads, 2016). Leaving, avoiding, ignoring, or dissociating (psychologically leaving, we could say) all act to mitigate the impacts of what we are feeling.

This is an automatic response. In fact, this happened to me during a call where a scene began to feel a bit like a movie set. Framing the scene as such was an attempt to help make sense of what I was seeing. I had zero experiences that would help me process what I saw prior to that. This distance created a safety net. Luckily, these calls didn’t build on each other to an extent where this created problems psychologically. I was lucky.

Some of us are not so lucky.
Culturally, we exercise a very ingrained strategy: drinking. A study in 2012 found that 56 per cent of career and 46 per cent of volunteer firefighters engaged in binge drinking (Haddock et al., 2012). It “allows us to relax”, as we may like to rationalize. As well, it is too often we hear of tail-gate debriefs where alcohol is consumed and stories are swapped. I’m not making a judgement call on the appropriateness of this, but rather to call out how a culturally accepted practice may inadvertently reinforce the idea that drinking to cope is an effective way to navigate problems.

Other avoidant strategies may be increased sick day use, less call response, or slower call response times. More subtle avoidant strategies are much harder to explicitly identify, and more often than not require the individual to reflect carefully on how they respond. Typically, marriage strife, workplace issues, loss of friendships and the like can all be signs that an avoidant strategy is being used as it rarely accomplishes anything positive and tends to impact those around us.

Negative core beliefs
Compounding avoidant styles with negative cognition amplifies the risk, as illustrated by Sheerin and Chowdry et al. (2018). Therefore, identifying how you see yourself fitting within these events is a significant component. How we view ourselves and the world can significantly bias how we interpret events. This factor permeates every single clinical session I have ever had with firefighter or family (and the general public for that matter).

Often, we start with a negative core belief about ourselves or the world.

At first, having such a belief causes little issues. A belief like “I’m not good enough” causes only minute waves psychologically and socially. With a little luck, you may even be able to restructure this belief on your own through successes that help identify that this is not actually true. But, you may also not have a very ingrained belief yet.

Often these core beliefs go unchallenged, indeed usually supported, because of the way we filter our world. Core beliefs are hard to identify, but there are clues. They tend to come as automatic thoughts. An “I’m not good enough” core belief, for instance, may sound like “I’m not going to respond to that, it’s a nothing call,” or “what’s the point in arguing, they’ll always win.” Slowly, over time, this becomes more and more ingrained. This becomes more and more automatic.

In 1964 Aaron Beck recognized this. Beck, the founder of cognitive therapy, laid the groundwork for most cognitive approaches, including trauma related therapies like Cognitive Processing Therapy. Beck noticed that the more time that these beliefs go unchecked the more ingrained they become. Indeed, the longer someone was suffering before reaching a therapy chair, the more adjusted the view of reality becomes. And, therefore, the harder they have to work in order to regain psychological balance. 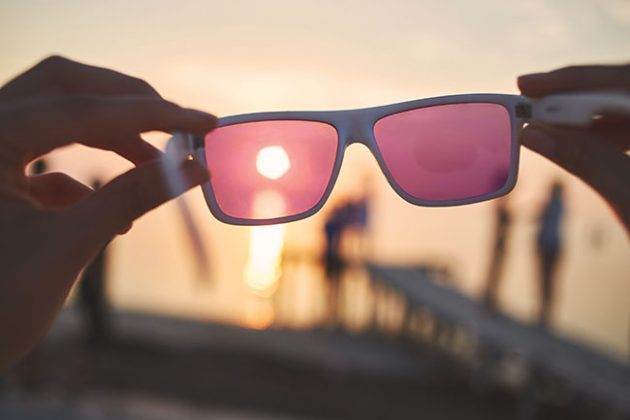 There can be a protective effect in viewing the present through the tint of rose-coloured glasses. Photo: Adobestock

Regaining balance
Some things that you can start to do immediately is identify automatic thoughts. Track them (yes, that means writing). After a week or so, look through them to see if you notice any themes. Those themes are the hints at negative core beliefs. Those core beliefs are being supported by thinking traps that do not allow you to see the evidence and experiences that disprove the underlying belief.

Next, you have to actively try and renegotiate a more balanced core belief. This is fundamental to many therapies (Wenzel, 2012; Greenberger & Padesky, 2016). You want to be able to balance a belief so that positive experiences strengthen it and negative experiences are allowed by it. Removing a negative core belief often means making an underlying belief more flexible.

Did you have hard day at work? Don’t have a drink. Fight with your partner? Don’t walk away without a promise to come back to the issue to solve the problem. Feeling worried or anxious? Don’t distract. These are painful moments, of course they are. You may need a professional to help support you through these practices, especially if the belief is very ingrained and you are having difficulty identifying it, or if trying to sit with these experiences puts you in immediate danger to yourself or others.

By implementing these few strategies consciously, you will begin to develop a pattern of adaptive and healthy coping strategies. These strategies lead to better emotional navigation, as problems are managed head on. Not later or tomorrow or after a bottle of beer, but now. There are free resources online that could help you navigate through automatic thoughts and core belief work. I recommend BounceBack, a telephone coaching provincial program based on CBT and run by the Canadian Mental Health Association (bouncebackontario.ca). Here are a couple other online resources: getselfhelp.co.uk/thoughts.htm and mcgill.ca/counselling/files/counselling/20_questions_to_challenge_negative_thoughts_0.pdf from McGill University. Or, you can pick up a few books like Mind over Mood authored by Dennis Greenberger and Christine A. Padesky that walk you through various strategies and worksheets to help you collect how you feel about yourself, others, and world and how to adjust those views if they tend to lead to negative outcomes.

This work requires a commitment on your part and takes time. That means you need to prioritize your mental wellness now. Not waiting until we find ourselves desperately seeking help when things have become too much for us to bear on our own. Proactive approaches are the most effective.

While none of these approaches are any guarantees, these skills help lessen the impact of stress and life issues in the long-term. And this is an important point. Addressing these things tends to increase your distress in the immediate. That’s because we’ve asked you to stop doing the things that help you avoid those uncomfortable emotions in the first place. And that is not fun. That is hard.

And that is exactly why it is important.

Emotions are the most unpopular topic among our gritty, stoic image. And they are of the utmost urgent importance to your psychological well-being. Stop blaming the entirety of all psychological harm simply on the type of work we do. That’s like blaming fires on the fact that wood burns.

That is a component, and one we have little control over.

We have much more influence over how we see situations. Through this process, we can strengthen ourselves and make ourselves more resilient to continued and cumulative stresses. And, we can continue to do the job we love.

Nick Halmasy is a registered psychotherapist who spent a decade in the fire service. He is the founder of After the Call, an organization that provides first-responders with mental-health information. Contact him at nhalmasy@afterthecall.org.