Most firefighters, officers, or chief officers strive for perfection on the job. Every run that I am on, in whatever role I find myself, I try to perform to the best of my abilities and rely on my training and lessons learned from past experiences. Some of those experiences are mistakes I’ve made. We all slip up now and then, whether we choose to admit it or not. I believe a good leader admits those mistakes, learns from them and moves on. 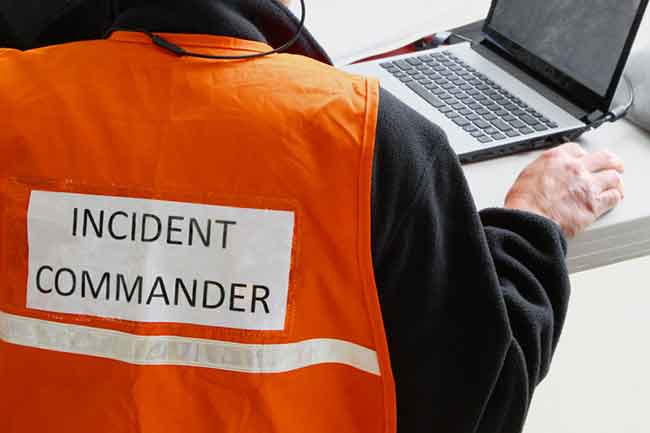 In my first year as an acting captain I made a few funny blunders that prove I’m human. None of those mistakes caused any harm to my crew or myself and really only bruised my new red-helmet ego.

When I took the front seat I was aware of my new responsibilities and I knew the time would come when I would serve as an incident commander (IC). The opportunity arrived when my crew was called to a single car motor-vehicle collision with air-bag deployment. I took the IC role and climbed in the first-responding truck with a crew of three. Upon arrival I announced our situation to dispatch and jumped off the truck onto the highway. My second-due apparatus blocked off the north-bound lanes and I called for the same on the south-bound lanes.

My crew performed patient care and I obtained information from bystanders. I kept fidgeting with my traffic vest, which read INCIDENT COMMAND on the back in big letters on a reflective background. I couldn’t get the vest to stay latched in the front (I was thinking it was time for a diet plan). One of my firefighters came up and offered to help. Without making too much of a scene he gave me the heads up that my vest was on upside down. We all get a chuckle out of small, funny mistakes that happen during calls. My chiefs said something like: “If that is the worst thing that happened on the scene, we’ll take it.”

It takes time to adjust to the role of captain and to feel comfortable riding up front on the first truck. During my first response as IC, the biggest challenge was being hands off. I wanted to grab a hose or the extrication tools and get involved with the tactical operations. Becoming a captain doesn’t mean my hands-on days are over, but it does mean I will sometimes take on the command role. An IC needs to be available to the crews on scene, dispatchers and incoming trucks in order to manage the scene and keep everyone safe.

It’s tough to stay separated from the tasks that need to be done, which depend on the type of incident and number of staff. A captain needs to trust his or her crews and to supervise them in a non-micromanaging fashion. You’ve trained alongside your crew members and you know their abilities. Your job is to keep your firefighters safe, to save saveable lives and to stabilize the incident. Sometimes you need to take a couple of deep, calming breaths to keep yourself in the right mind frame to accomplish your priorities.

I’m proud to work with the members on my department. I know that even though I am still learning how to lead a scene or supervise at the task level, those members will help me with what needs to be done. If I’m backing up one of my other crew members or chief officers at a scene, I’ll do the same for them. Egos and personalities are set aside during these operations as we all focus on the common goal of resolving the scene.

New captains in fire services, don’t be afraid to admit when you’ve made a mistake. Acknowledgment allows you to learn from that mistake and become a better leader. Your crews should respect your humility and you will, hopefully, not make the same mistake twice.

As firefighters, we train as best as we can to make our emergency responses perfect, but we all know the real world throws us curves. We may not obtain perfection on all our calls, but if we aim to be perfect, we should at least come very close and be more than satisfied with our crews’ performance as well as our own.

Jason Clark has been a volunteer firefighter in southwestern Ontario since 2007. Having recently made the transition to captain from firefighter, Jason has had a new perspective on roles in the fire service and riding in the front seat. jaceclark71@gmail.com   @jacejclark