One has only to consider pop culture to conclude that the thin line of appropriateness has changed significantly in the past 20 years – from movies such as Deadpool and The Hangover, to Cards Against Humanity, to the acceptable words allowed on mainstream television. 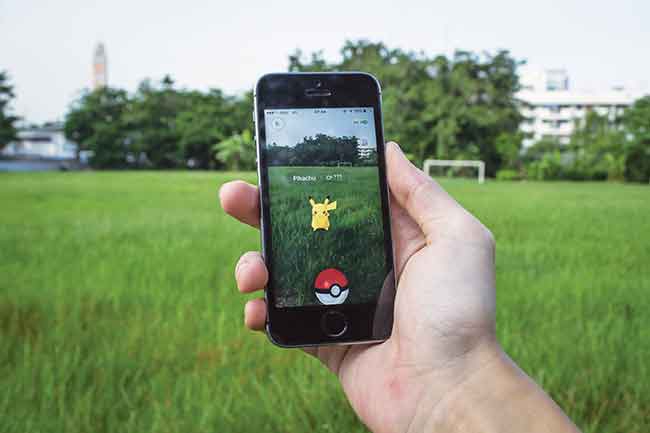 A single episode of Game of Thrones raises (or lowers?) the benchmark of graphic violence on screen. Fifty Shades of Grey floated topics to the pop-culture surface that were previously considered downright deviant.

It’s no wonder that the fire service struggles to balance its feet on that fine line between what grabs people’s attention and what puts them off. As we yearn to adopt the approach of corporations that have successfully lured audiences with racy, sexy, raunchy and borderline offensive campaigns, our mindful gaze also recognizes that the red tape of municipal professionalism demands a high level of G-rated, approved-for-all-audiences messaging.

This precariously thin line is also the difference between messaging that is skipped over by the people we are trying to reach, and campaigns or promotions that prompt behaviour changes. In case you’re asking, “Why does it matter?” look no further than movements such as the ALS ice-bucket challenge or the recent Pokemon Go craze to see that when something is new and cool, it prompts people to act. In our case, we want to prompt mom or dad to insist on a home-escape plan, Sally to check her smoke alarm or Tom to replace his expired CO alarm.

How does a fire department balance on that line? Good news: there are companies that do this with everything they produce; they create G-rated products that kids go crazy about, and cleverly insert just the right dash of adult-oriented content; they have names such as Disney, Pixar and Dreamworks. You can sit with the whole family to watch Shrek, Finding Nemo and Toy Story; the kids will laugh at the characters’ antics, but the parents will catch the clever adult-humour insertions that have become a go-to ingredient for production companies.

Toy Story is one of the most successful family movie franchises and is also brimming with parent-geared messaging. When Bo Peep says to Woody, “Whadda ya say I get someone else to watch the sheep tonight?” we all know what Bo Peep means. In the mutant-toys scene, when they come alive in front of toy-bully Sid, Woody turns his head 360 degrees, a comical tribute to the 1973 horror film The Exorcist. Family movies today are packed with adult-oriented punchlines and references in disguise (in Despicable Me, under the sign identifying the Bank of Evil, it states “Formerly Lehman Brothers”).

Disney, Pixar and Dreamworks realized a long time ago that while the target audience for their movies is primary-school-aged children, those audience members don’t go to theatres by themselves – they are always accompanied by parents or older siblings.  Movie studios also realized during the VHS and DVD eras that if they had any hope of parents wanting to bring those movies into their homes, the parents must not mind watching.

Lessons I have learned:

Applying the lessons
It seems unattended cooking is still a big problem. Unfortunately, the generic “Watch what you heat” messaging doesn’t seem to capture people’s attention. So, using a little creativity-and-clever-humour disguise, maybe we can twist the message into something that elicits a response. Post a tweet featuring a photo of a romantic dinner for two, a second photo of a pot on a stove, and a third of a house on fire, accompanied by the message “There are great ways to heat up a romance. Unattended cooking isn’t one of them.” Chances are good that the message will be retweeted by people other than just fire-service colleagues. Post a similar message about flameless candles.

Even though trends such as Pokemon Go are aimed at kids

Pop culture offers so many funny examples of events gone wrong. For example, instead of issuing the same old water-your-Christmas-tree message, insert an image from National Lampoon’s Christmas Vacation movie and tease people about ensuring they have a Griswold-free holiday season (and add the watering tree tip afterward). Or say something about making sure cousin Eddie is the only unwanted guest this holiday season by ensuring you have working CO and smoke alarms.

Humour is the quickest and most powerful way to engage an audience. Production companies such as Disney have proven that there are ways to produce a message approved for all audiences but that captures the attention of those who are responsible for taking action, such as buying a DVD or changing a smoke alarm battery. While fire services many never experience their own super-cool movements, there are plenty of opportunities to capitalize on fads and crazes and twist our messages into something new and cool.

If only Nintendo had included “Carry Pikachu home and test your smoke alarms” in its Pokemon Go game.