Feb. 25, 2016, Milverton, Ont. - The recently released movie Deadpool broke the superhero mold, broke box-office records, and even broke the biggest film risk of all: the fourth wall (the imaginary barrier that separates actors from the audience). Ryan Reynolds' adaptation of the Marvel character was soaked up by everyone who saw the leaked footage, the movie trailer, and then the film itself. Suffice it to say, Deadpool is just as much a social-media success as it is a box-office bonanza.

Because it grabs and holds on to people's attention. The movie is funny, raunchy and irreverent. Cast and crew took a cookie-cutter Marvel comic superhero action flick and took the safety off. The finished product is something audiences have never before seen.

There's a lesson in Deadpool for fire-service public educators, including me.

We obviously cannot suddenly make our smoke- and CO-alarm messaging contain F-bombs. But we can twist the predictability out of it.

The general public is exposed to the most vulgar, arguably funny, violent and sarcastic humour ever produced. Every day. Which means any lame attempts to get a fire-safety message across are largely ignored. In fact, your fire department's tweets could be purposefully un-followed because your "Make sure you test your alarms" message is just plain boring.

Your first piece of homework is to watch Deadpool. Watch it knowing that, although it is an R-rated film intended for the 18-or-older audience, there are probably more teenagers than adults in the audience. Now look at your public-education messaging and materials, which are likely unchanged from decades ago. While your audience's maturity levels have increased severely for each age group, the fire service's messaging has not kept up the pace.

Your next piece of homework is to go on YouTube and watch the popular videos of the day or week. These videos are how today's kids are learning. Videos are how companies introduce us to products. Want to see a tent from Canadian Tire set up? Go on YouTube. Want to know how to remove a battery or change a SIM card in that exact type of cell phone? There are multiple video how-to guides to choose from.

While you're on YouTube, search for Slap Chop. This seemingly corny infomercial-type video went viral, because its star, Vince, twisted the predictability out of product demonstration. The energy and enthusiasm of the Slap Chop videos are contagious and make the audience want to try the product. Your next bit of homework is to think about what it would look like if Vince were testing a smoke alarm instead.

Finally, your last bit of homework on YouTube is to watch any and all Budweiser commercials, especially ones created for the Superbowl. These videos will teach you what Budweiser has perfected; there may be only one product or one behaviour, (i.e. buy beer) you want to promote, but there are multiple ways to get the message across. From baby Clydesdales to donkeys to beautiful people having a good time, Budweiser hits its target audience from every angle.

Now for the final exam. Think about a movie that you saw two, three or even four decades ago. Think E.T. or Ghostbusters. As relevant as those stories are, chances are your kids are absolutely groaning at the so-called special effects or action sequences. That's pretty much how audiences react to our predictable, mainstream fire-safety materials. Your final exam is to Deadpool, Slap Chop or Budweiser at least one set of public education materials. Do something your community has never seen before. Bring new energy and enthusiasm into your project. Send one message using multiple angles.

Your next video might not be a summer blockbuster and your materials might not make you millions in revenue, but a cutting-edge take on public education could save lives. 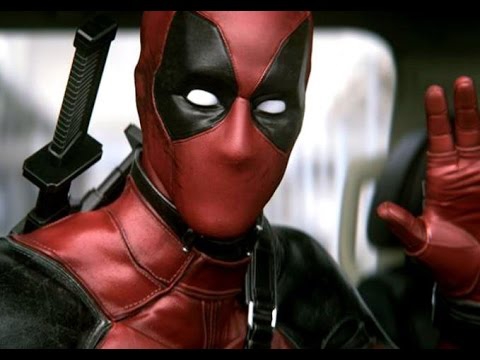 There's a lesson in Deadpool for fire-service public educators: audiences respond well to bold and unpredictable. What do Deadpool
Print this page