Have you seen that movie Saving Private Ryan? It’s the one with the brutal opening scene where the GIs are storming the beach and the German machine guns are destroying the troops coming to shore. Tom Hanks plays the captain. 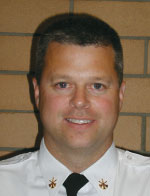 Have you seen that movie Saving Private Ryan? It’s the one with the brutal opening scene where the GIs are storming the beach and the German machine guns are destroying the troops coming to shore. Tom Hanks plays the captain.

There’s a scene at the end and statement that Tom Hanks’ character makes that stuck in my gut the first time I saw the movie and every time since.

Hanks’ character and his company of soldiers are tasked with finding Private Ryan, who is being sent home because he is the last remaining brother in a family of service men. Troops search a good deal of western Europe to find this kid and send him home to his mother. While searching for him, the company endures some horrific battles and some of the company members of this close-knit unit are killed. Near the end of the movie there is a “last stand” kind of battle at a bridge against a larger force of Germans, during which Hanks’ character is mortally shot. When Private Ryan goes to his aid in the middle of the fire fight, Hanks says to him, “Earn this”.  With labored breath in his dying words, he says it again to ensure Ryan hears him: “Earn this.” Ryan’s face blends into the next scene some 50-plus years later, where he is standing over this captain’s grave site. With a tear in his eye and with his children and grandchildren standing all around him, he says to his wife, “Tell me I’m a good man.”  He wants assurance that he has indeed “earned this.”

How does this relate to you as the company officer? I taught a fire officer development class recently and asked the question, “What have you done to earn the right to lead a company of firefighters?” I got answers like: “I’ve got seniority of 20-some years” and “I’ve seen a lot of action and know how to put out fires.” Both are good answers. Time and experience count for a lot when it comes to managing or taking action at an emergency incident. Now, what have you done for those whom you lead or will someday lead? Do you have their respect? Do you treat them as a person or treat them as second class because they don’t have their time spent? Have you shared your knowledge with them to make them everything you are? Would it be a threat if you found out maybe they know
something about your profession that you don’t?

How have you earned the right to lead these people and wear the crossed trumpets and bars on your epaulets? As a senior firefighter soon to move into the officer rank or a veteran officer, you are the benchmark for competency and dedication. You set the standard on how skilled your company will be and what your people know about their profession. It’s a tough job sometimes but you have to be the cheerleader and challenge people to be better in those new skills and reinforce the importance of those mundane bread-and-butter competencies such as air management and search techniques.

Most of us pursued this vocation because of the variety that the job brings every day. When your spouse asks what you’re going to do today at work, it’s OK to say you have no idea – maybe pull an infant out of a swimming pool and do CPR, maybe cut a mangled car away from a teenage kid, maybe get an elephant out of a phone booth, maybe lead your company of firefighters in a task that will test their limits of courage and knowledge to stay alive in a chaotic and horrific incident.

I ask you this now: have you earned this? Have you earned the right to lead your members by preparing them to perform their jobs? Have you communicated your expectations to them? Do they trust you and your leadership – your decision making abilities?

The most important thing you as the officer or leader needs to accomplish today is to keep your people alive and send them home to their loved ones at the end of their shift.

Heaven forbid you ever have to endure the loss of a firefighter in your department or company, but after the funeral and the investigation, would you be comfortable in your gut knowing that the members you lead were as prepared as you could make them?  Don’t ever turn down the opportunity to train or learn something. You’re cheating your fellow firefighters if you do.

Lou Wilde is the assistant fire chief in Kelowna, B.C.