Features
Is every call a hazmat call? 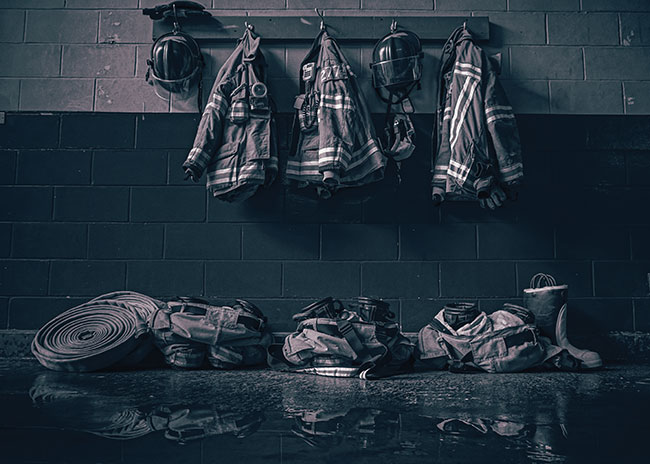 A self-proclaimed hazmat geek like myself can easily state  that every call is a hazmat call. You can even insert the eyeroll here from the staunch suppressionists that exist amongst us. I was asked to join the fire service because of my hazmat knowledge, and certainly have been bit by the fire bug over the years. I can’t help but believe that the sounder a firefighter is in hazmat knowledge, the  safer that firefighter will be. It is apparent that others in the higher levels of fire service believe the same.

Let’s begin with standards. Why is NFPA 1072 (Standard for Hazardous Materials/Weapons of Mass Destruction Emergency Response Personnel Professional Qualifications) Operations level required for a firefighter to be certified as NFPA 1001, the standard for firefighter professional qualifications in Ontario? Although these thoughts are centred around the province I live in, the thought process can be felt nationally when discussed in broader terms, especially when we look at presumptive legislation specific to types of cancers or diseases specific to firefighters.

In 2008, a change was made to NFPA 472 (Standard for Competence of Responders to Hazardous Materials/Weapons of Mass Destruction Incidents) operations in which awareness level responders were defined as those that may come upon a hazardous material incident (mall security guards, as an example) while operations level responders will come upon hazardous material incidents (firefighters). This change along with the move of typically technician level competencies to operations and operations mission specific competencies paved the way for the offshoot professional qualification document NFPA 1072. It was also the beginning of the realization that all firefighters should be hazmat trained as the introduction of emergency patient rescue during weapons of mass destruction terrorist events with emergency decontamination was done. Firefighters learned approach principles like upwind, uphill, upstream while protecting routes of entry with SCBA, allowing hazmat calls to be turned from slow methodical checklist exercises where patients potentially suffered worsening physical conditions waiting for rescue to a science-based approach where knowledge-based speed triumphed over ignorance. The firefighter gained competency through training in emergency decontamination techniques using hazmat knowledge tools at their disposal including victim clothing removal to reduce contaminants, washing patient with a charged hose line while protecting themselves by staying out of the product and wearing personal respiratory protection.

Was this rescue change foreshadowing to what really was going to happen in the fire suppression world? As early as 2003, the discussion of carbon monoxide and hydrogen cyanide as the toxic twins was covered in various reports and studies, including the Station Night Club Fire findings. The subsequent NIST re-creation of high levels of hydrogen cyanide from burning foam board in the NFPA report highlighted that smoke inhalation was the major cause of civilian deaths in structure fires, not flame itself. The fire services knowledge of carbon monoxide poisoning grew and on-board carboxyhemoglobin antidote kit feasibility discussions popped up around the country. Carbon monoxide and hydrogen cyanide monitoring began to happen with gas monitors being part of the safety officers’ rounds to protect both hot zone and cold zone responders and residents alike. Some of us became aware of hydrogen cyanide as being a larger issue to the point where straw was mandated to be burned in a Class A training facility rather than treated hay due to lower HCN levels. The year 2007 saw the introduction of Workplace Safety and Insurance Act, 1997, Ontario Regulation 253/07 – presumptive legislation specific to cancers and heart related issues for firefighters. A 24- hour “clause” specific to heart attacks after training or response activities was entrenched in the regulation. This was in part to acknowledge the acute but sometimes time delayed effects of carbon monoxide and hydrogen cyanide on firefighters and investigators. This welcomed a much needed “benefit” that also identified that our fire service was not doing everything possible to protect our own so new health and safety best practices were developed.

We began to examine methods in which we reduce exposure to products of combustion by developing on scene decontamination policies, designing firehalls with clean and dirty sides, installing point of contact exhaust fume extraction, supplying two sets of bunker gear to our firefighters, constructing bunker gear rooms separate of truck bays, and placing washing machines in negative pressure rooms, etc. Why? To reduce levels of exposure through contamination reduction using principles learned in hazmat operations training like ALARA (as low as reasonably achievable). NFPA 1001 (2019) certainly identified that decontamination is important and defines and requires the concept of “field reduction of contaminants” to address chronic exposure to carcinogens, but it falls short of the principles that are identified in NFPA 1072 Operations.

The service began to educate its members on routes of entry. Routes of entry define the where and how contaminants enter our bodies and what levels of toxins require what level of respiratory protection. Some began to lead the fire service to better understand the Ontario Health & Safety Act R.R.O. 1990, Reg. 833 Control of exposure to Biological or Chemical Agents. We began to teach exposure limits and such definitions as Time Weighted Average (TWA), Short Term Exposure Limit (STEL) and Immediately Dangerous to Life and Health (IDLH). As we learned, we saw a science-based move by some departments to be “on air” wearing SCBA for carbon monoxide calls until the actual concentrations are measured rather than no respiratory protection is worn until the meter shows carbon monoxide.

In 2012, the UL / NIST/ FDNY Governors Island project and the subsequent fire dynamics presentation in 2014 at FDIC was presented by UL FSRI director Steve Kerber and NIST fire protection engineer Dan Madrzykowski. This powerful study transformed the fire service by debunking some beliefs while proving others. One of the largest take-aways from the information was specific to coordinated fire attack by oxygen exclusion. Oxygen limited fire curves were presented to explain fire progression in a modern structure and how firefighters impact fire progression. This information also helped define tactics like coordinated ventilation specific to water application and flow path control and oxygen control. The observed examination of flashover also began at this time where chemical properties like flammable range, flash point, fire point and autoignition temperatures of specific fire gases were discussed and roll over was explained using doll houses and YouTube videos.

The lines between hazmat response and suppression activities blurred a little further in the 2016 expansion of the BLEVE tables in the emergency response guide specific to the amount of cooling water that needs to be flowed for a given LPG container size. The ERG has grown into a reference document that a responding fire department should not be without.

The truth is this: Without the principles learned in hazmat awareness and operations, the why and how of what is being implemented in NFPA 1001 Firefighter would be lost. The properties of specific chemicals, including those created by a burning couch or an electric vehicle where magnesium components controls the fire attack strategy, how the gases are measured, how it is extinguished, all make a difference in how we protect ourselves from exposure in the short term and the long term.  It certainly appears that virtually every fire call is a hazmat call. Is it blasphemy to state these things or is there a realization that hazardous material response principles and understanding are required to fully capture the craft of today’s firefighter?

Ed Melanson is the director of fire services and fire chief for Saugeen Shores Fire Department in Ontario.