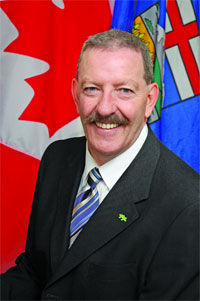 Congratulations
Fire Fighting in Canada! Here's to 50 years of dedicated and
exceptional reader service. Fifty years ago, individuals of vision
recognized the need to create a national voice for the fire service.
That brought Fire Fighting in Canada into being. During its tenure, the
publication has proven its merit many times over. Fire Fighting in
Canada is unquestionably a champion for the fire and emergency
services. And it is a well-informed advocate for innovative ways to get
the job done. We have come to rely on it as a trusted source of
information, education and innovation.

Here's a look in the
rear-view mirror. A couple of stories of interest from 1957 show how
far we have travelled. On Jan. 1, 1957, the first Canadian peacekeepers
arrived in Egypt following the Suez Crisis. This was a defining moment
for Canadians, taking our place on the world stage. On June 21, 1957,
John Diefenbaker became prime minister, leading a minority government,
which has become yet another Canadian tradition. Life was relaxing and
uncomplicated. An ice-cold bottle of Coke cost five cents; 25 cents got
you into a movie with enough left over for a treat. Graffiti was
created by a four year old armed with a runaway crayon when confronted
by a blank apartment wall. Ah, those were the good old days.

In
1957, a leader was able to function free of technology. There were no
cell phones, e-mail accounts or BlackBerrys and a blue tooth involved a
trip to the dentist. Communications was largely face to face and was up
close and personal. Similar to many public safety and service
organizations, fire fighting was relatively straightforward. It truly
was all about putting the "wet stuff on the red stuff." Sound good?

The
first firefighter to the engine got to stand at the best place on the
tailboard. And the public was delighted to see the shiny red (not
yellow) fire engine rushing through traffic with its federal siren
blaring. A Dalmatian was a common sight at many fire halls and the fire
chief's knee-length turnout coat and high-topped rubber boots were
usually just as beat up and dirty as those of the front-line
firefighters. To use a self-contained breathing apparatus was a sign of
weakness. Incident command was defined by the fire chief doing
360-degree turns around the fire scene in a clockwise motion, shouting
orders as he went by, while the deputy chief did 360-degree
counter-clockwise turns, shouting contradictory orders. Oh, and by the
way, recently retired Phoenix Fire Chief Al Brunacini was a recruit
firefighter back in 1957.

So those were the good old days.
Fortunately, there have been many changes since 1957. This is
especially true in the area of on-the-job protection. Not for a moment
would we consider asking a firefighter, paramedic or police officer to
become involved in an emergency incident without first ensuring they
had the training and personal protective equipment to undertake the
job. The macho image of a firefighter as a "smoke eater" has given way
to an image of a highly skilled and trained professional. We ensure
they are well equipped with the latest technology to respond to rescue
and fire fighting situations. Thanks to the professionalism and
dedication of the men and women who are leading our associations and
fire departments, the fire service is a much healthier and safer work
environment.

The
needed changes came about as a result of competent leaders. They had
the foresight to recognize the No. 1 priority is emergency responder
safety. During the past 50 years, there has been a concentrated effort
to ensure that quality training and health and safety programs are in
place for emergencies. And there has also been a focus on proactive
initiatives. Good leaders recognize the importance of public education,
prevention and life-safety programs. Accordingly, the leaders have
increased their efforts to create a safer work environment in order to
reduce the number of emergencies and fire-related deaths and injuries.
I like to refer to this proactive approach as the "sound of a siren is
the sound of failure" approach. That means the system has failed, not
the responders.

During the past 50 years, the staff at Fire
Fighting in Canada have done their utmost to support the fire and
emergency services in Canada. They attend our conferences and sponsor
and support our collective efforts in the interest of life safety,
property and protection of the environment. For this, they deserve our
heartfelt thanks. Well done, Fire Fighting in Canada! Happy 50th
anniversary! Let's see what's in store for the next 50 years.

David Hodgins is the managing director,
Alberta Emergency Management Agency. He is a former assistant deputy
minister and fire commissioner for British Columbia. A 30-year veteran
of the fire service, he is a graduate of the University of Alberta’s
public administration program and a certified emergency and disaster
manager. E-mail: David.Hodgins@gov.ab.ca