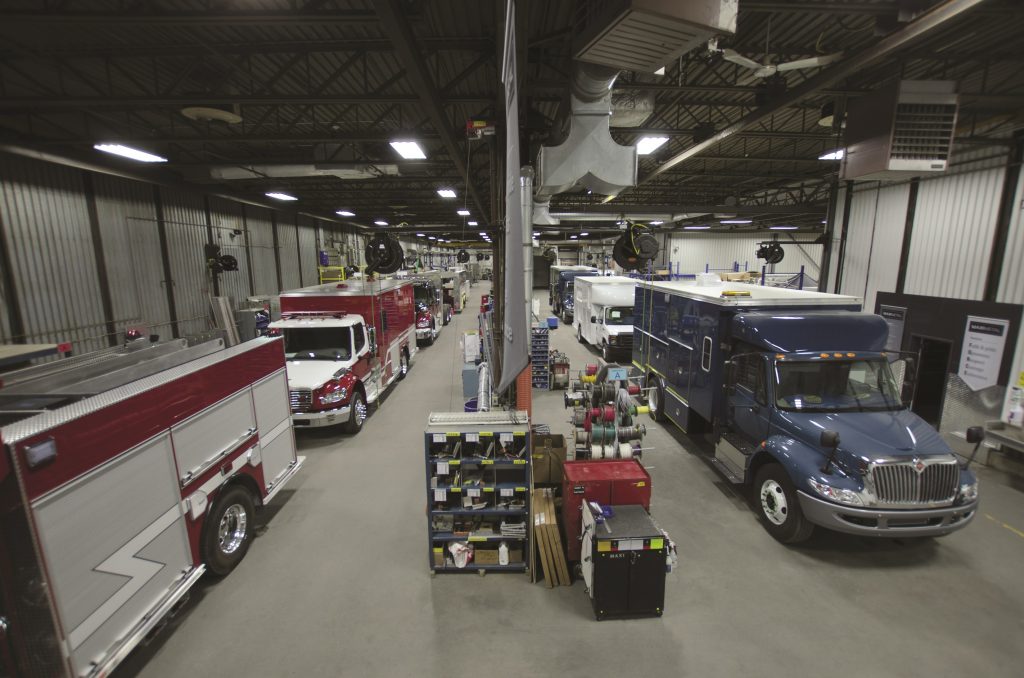 Sept. 25, 2020, Canada – Canadian manufacturer of fire apparatus and utility trucks, Maximetal, is expanding its operations by adding 10,000 sq. ft. of space to meet surging demand for its products.

Maximetal will move a portion of its operations to a second facility just around the corner from the main plant and they expect to increase the workforce over the coming months by 10-15 per cent.

“Expansion has been in the mid-term plans for a while now based on increasing demand for our fire apparatus. With a recent significant increase in demand for our utility trucks it became clear that the time to execute was now,” said Maximetal’s director of business development, Christopher Sapienza.

With a relationship spanning almost four decades, Hydro-Quebec has recently put over 50 utility trucks on order with Maximetal, to be produced over the next year.

Dealer demand has been increasing across Canada and the United States for the fire division’s products. Maxi has been a strategic partner to Appleton, Wisconsin-based Pierce Manufacturing since 2016, collaborating on the MaxiSaber and Contender-by-Maximetal product lines for distribution throughout Pierce’s network.

Driven by early success in the Canadian Maritimes and with the award of a 35-truck order by the City of Montreal in 2017, demand for the MaxiSaber product line in particular has continued to grow.  Most recently Chatham-Kent, Quebec City and Gatineau have also placed multi-unit and multi-year orders for the product.

“On behalf of Pierce Manufacturing, I commend Maximetal for making the ongoing commitment to the fire service with this facility expansion,” said Mike DuFrane, vice president of sales and marketing at Pierce Manufacturing.  “As a highly regarded fire apparatus provider, Maximetal’s expansion will provide valuable resources and support the critical work of those in the fire service. “

The new facilities will come online this fall and should be fully functional by January of 2021.