Mental health mayday procedures should include your family. 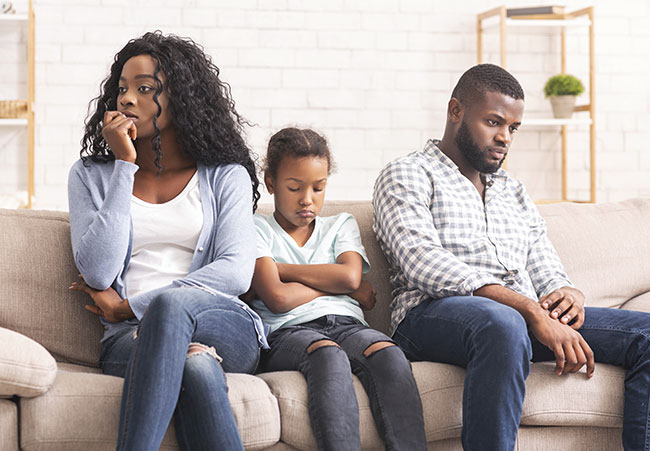 When you get home, your spouse and children are the first people to see the impacts of your day. Prostock-studio/Adobe Stock

One of the fire service mantras is “leave no one behind.” The objective is if a fellow firefighter is in trouble and calls a mayday to be rescued, we recognize the danger, provide the resources, and support actions that save that individual. However, despite reviewing statistics from various sources that appear to indicate firefighter suicides are higher annually than line of duty deaths, mayday calls aren’t used when addressing our mental health. It’s time we expand the scope of a mayday call to include when our mental health is in jeopardy.

As with any good procedure, let’s identify the problem first. As leaders at any level in our organization, we can fail to recognize the impact of our personnel’s various traumas, whether at work, home, or both, on their mental health. Those traumas also impact their family. When you raise your right hand and take the oath to assume your chosen vocation as a fire service member, your family is taking the oath also.

The concern about the mental health of a firefighter, regardless of rank, has become even more prominent in the past year due to the pandemic and the heightened anxiety level. No longer when you respond to an emergency are you endangering only your well-being, but now there is a potential that you might bring a lethal disease home that could impact your family too.

Mental health challenges for first responders and their families
If I asked you as a firefighter: “Do you share with your family something as simple as feeling agitated about the way a call went or feeling sad about the outcome?” Most will answer “no.” Why? They have an attitude that their family “didn’t sign up for this, so I will spare them the pain.”

That attitude and associated actions aim to protect their family from the devastation they had witnessed and the related feelings (i.e., sadness, helplessness, anxiety), while very noble, that doesn’t work.

When you walk in the door to your home, the first ones to know that you have been impacted by something are your significant other and your children. The problem is they don’t know what happened. Thus, they may assume your negative attitude is a direct result of something they did, so they shoulder the blame.

Now, I’m not advocating walking in the door and sharing the most gruesome details of a call. I am talking about sharing the fact that something impacted you that hit you square in your compassionate heart.

I am a proponent of creating a family mental health mayday SOP. This procedure recognizes that your family is impacted by what you are exposed to as a firefighter, identifies action items to be taken, and provides accessible resources to address the exposure to make you a stronger family.

The family mental health mayday SOP accomplishes two things. One, it takes the burden off you of portraying a superhero in front of your family. Two, it takes your family off the emotional hook and clarifies that the issue(s) you are dealing with has nothing to do with them.

By showing your vulnerability, that you are not some superhero, you are reflecting strength, not weakness.

I don’t need to be a psychologist to know that somebody who experienced those three things in six months has been impacted and needs follow-up, even if it’s just to confirm what they’re feeling is normal.

He found himself self-medicating with alcohol. After his significant other challenged him, he went for counseling. The counselor encouraged him to share with his family when he felt anxious, depressed, etc.

He decided to develop his own family mental health mayday SOP to make his mental state transparent for his family. It clearly defined actions to take when a threatening situation was imminent, this time to their relationship. The procedure involved two ping pong paddles, one green and one red he mounted inside his hallway by the front door of his home.

Red paddle
If he had a troubling day for whatever reason, bad calls, lack of sleep, etc., upon entering his home, he grabbed the red paddle. That paddle indicated he was troubled, but it was nobody’s fault in their household. He was good with all; he just needed 30 minutes of alone time to reset and become their husband/dad.

Green paddle
If, on the other hand, he had a good day previously, he grabbed the green paddle. That paddle indicated it was okay to go to the waterpark or maybe buy a new couch. After a short amount of time, he learned not to grab the green paddle too often, or he might have to take out a second mortgage!

He told me that “procedure” continued for about a month, and then everybody knew when he walked in the door if it was a red or green paddle morning.

Your procedure to convey your pain doesn’t have to be complicated. However, like any other safety procedure, it must be clearly communicated.

Significant other: Stay connected to your spouse/significant other during traumatic times. This can be as simple as scheduling regular date nights to have quality time together. Communicate your feelings openly and honestly and expect the same in return. Like in any well-developed SOP, communication and teamwork are everything, and you must work at them continually.

Family: The next time you think you’re alone with the impact of trauma, realize that your entire family rides the seat with you. It’s essential to communicate with them for the integrity of your mental health and theirs. That communication fortifies all the relationships needed for a strong family. Don’t be afraid that your family will lose respect for you because you show that you are human. Look at it instead as an opportunity to role model that it’s okay to call a mayday and ask for help when you need it. Allow yourself to be vulnerable by being honest.

Resources: Know what mental health resources are available for both you and your family. It is not a matter of if, but when, you or a family member may need mental health assistance. Whether peer support, an employee assistance program, chaplain or vetted psychologist, know how to contact them and what they can provide.

The components covered are critical to strong family relationships. So go home and, with your family, develop your own family mental health mayday SOP.

Patrick J. Kenny has been a member of the fire service for 38 years, a chief officer for over 25 years, and the author of the international bestseller TAKING THE CAPE OFF How to Lead Through Mental Illness, Unimaginable Grief and Loss. He has presented in multiple countries on Mayday for Mental Health® and written articles on mental health, leadership, fire safety, and fire code challenges. Learn more at patrickjkenny.com/.