The Spartan hydrant was unveiled Aug. 17 at the Garry W. Morden Centre in Mississauga, home to the training and mechanical divisions of Mississauga Fire and Emergency Services.

According to inventor and former New York firefighter George Sigelakis, the Spartan hydrant fixes common issues that create difficulties for departments, such as freezing and unreliable pressure.

"We've eliminated the shaking, the vibration, the water hammer, the leaking, the freezing, the undermining the soil and pressure drains, the painting and peeling . . . ," Sigelakis said.

Sidelakis said traditional hydrants "put the firefighters at risk," because they can be unreliable at the scene of an emergency. Sigelakis said after losing one of his colleagues, he was inspired to redesign hydrants to put firefighters' lives first.

"It's going to [help firefighters] put the fire out much quicker . . . and [give] the ability to do their jobs instead of having to stand around with millions of dollars of fire equipment because they can't get water," he says. "It's like sending a guy in the military to go fight without his gun . . . You can't fight a war without weapons."

In a year-long pilot project with the city, Mississauga Fire and Emergency Services will test the hydrant to assess whether it will save time and water, while increasing firefighter and community safety.

Assistant Chief Jamie Zimmerman said Mississauga Fire is excited to be the first department in Canada to use such an "innovative product."

"I think we're quite proud," Zimmerman says. "Time will tell as we go through and we put our staff through the evolutions with the hydrant . . . but at the end of the day, that's what the [fire] business is about, is improvement."

"We're just really proud that they picked Mississauga Fire and the Garry W. Morden centre to be the test facility."

Unlike conventional hydrants, Sigelock Systems' Spartan hydrant has a water-theft resistant clamshell design made of a stainless steel and ductile iron mix, with a durable powder coating to withstand weathering.

Sigelakis said the Spartan hydrant was "built to last. "

Mayor Bonnie Crombie said the Spartan hydrant, ". . . will better allow Mississauga Fire and Emergency Services to do their jobs, keeping our residents and our community safe."

To learn more about how the Spartan hydrant works, check out this video on Sigelock's YouTube page: https://www.youtube.com/watch?v=HsZRSHWkdEk 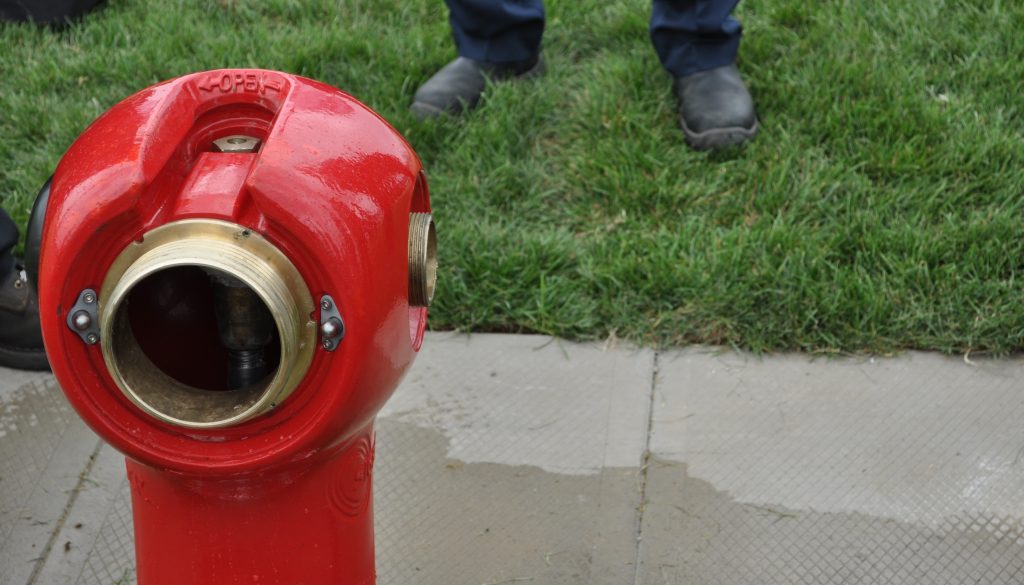 Mississauga Fire and Emergency Services is the first department in Canada to test the Sigelock Spartan fire hydrant.
Print this page