On a sunny but cold day in January... 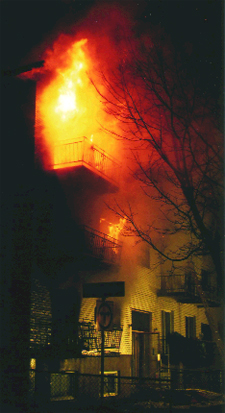 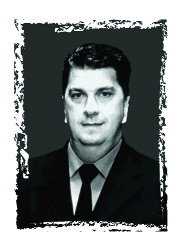 On a sunny but cold day in January, firefighters gathered in Montreal to mourn the loss of veteran Montreal Fire Captain Marcel Marleau, 47, who died in the line of duty after being trapped in an apparent flashover at a small apartment building in the early hours of Jan 21.

LEFT: PHOTO BY ELLIOT ALBERT
Flames engulf the second and third floor of the apartment building where Capt. Marcel Marleau lost his life in the line of duty. The blaze eventually became a five-alarm incident attended by more than 100 firefighters.
RIGHT: Capt. M. MARLEAU

A public funeral at the Notre-Dame Basilica in Montreal was held Jan. 26 for the respected officer. Capt. Marleau was laid in state at the hall of honour of Montreal’s city hall for three days before the funeral, which was held with full fire department honours. More than 4,000 firefighters and other emergency services personnel attended from across this continent. There was also a contingent of firefighters from France.

In a joint letter to the personnel of the Montreal fire service, Fire Chief Serge Tremblay and Michel Crevier, president of the Montreal Firefighters Association, said: “Marcel Marleau was a very devoted firefighter who took a great amount of pride in his work and knew the dangers it involved to protect Montrealers. His knowledge came second only to his dedication to serve and we can all be very proud to have had the honour to have known him. Over his entire career, his quest for a job well done and his constant sense of duty and professionalism inspired us all and saved lives. He will never be forgotten.”

Montreal Mayor Gerald Tremblay said in a press release that he was deeply saddened by the death. “Capt. Marleau was highly regarded by all his colleagues. His courage and sense of duty have often been acknowledged throughout his career. He leaves to mourn his wife, Chantelle Ball, and his two children, Philippe and Patrick Marleau, friends and colleagues who are deeply shaken by this loss.”

Capt. Marleau, a decorated 28-year veteran of the department and father of two, led a team to investigate complaints from residents that they smelled smoke in the building on Langelier Blvd. in the city’s north end. Just after 3:30 a.m. they found a sofa in a first-floor apartment that appeared to be burning and started to ventilate the room and evacuate residents.

However, in a report from Canadian Press after the fire, Chief Tremblay said Marleau and his team suddenly found themselves surrounded by flames from a deadly flashover. “There was a thermal phenomenon that isolated Capt. Marleau from the group,” Tremblay told a news conference.

The Quebec government also offered its condolences. “The premier and all the members of the government join me in offering their sincere condolences to Mr. Marcel Marleau’s family and his colleagues . . . especially those of Station 14, Group 1,” the provincial public security minister, Jacques Dupuis, said in a news release.

Tremblay said earlier at the scene that his colleagues were stunned by the loss of the captain, who had been decorated several times for bravery. “The service is completely devastated. We’ve already set up psychological counselling at one place and three units are there right now,” he told reporters.

Also attending the funeral were Dr. Will Brooks and Gary Barnes of the Canadian Fallen Firefighters Foundation. The foundation’s flag flew for the first time at a line-of-duty funeral. The foundation has agreed that this first flag will be retired and presented to the Service Securite Incendie de Montreal as a tribute to its leadership and the life of Capt. Marleau.

According to a report on the CFFF website (www.cffa.ca), the care shown in every detail of the funeral was highly evident. Fire Chief Tremblay – also a Foundation board member – worked tirelessly with his department to ensure that honour befitting this decorated firefighter would be shown. Association president Michel Crevier, moved by this event as well, showed every evidence of strength in planning and conducting the week’s events.

“Every citizen can be proud of the SSIM and its reaction to Capt. Marleau’s sudden and profound loss. The Foundation salutes every member and is fortunate to have the SSIM as honorary hosts for this year’s memorial ceremony (in Ottawa).”

Marleau is the fourth Montreal firefighter to die in the line of duty since 1990.