May 18, 2016, Fort McMurray, Alta. - As the massive evacuation of a northern Alberta city enters its third week today, residents of Fort McMurray and workers at oilsands facilities throughout the region are no closer to knowing when they'll get to go home or return to their jobs.

For a while, things were starting to look up for the 80,000 evacuees who had been forced from the city May 3. The work of restoring services had begun and employees at the northern plants were starting to go back to their jobs.

But on Monday, the fire – now at 3,550 square kilometres – shifted and 8,000 industry workers were forced to flee yet again. On top of that, a home within Fort McMurray that was being hooked up to natural gas exploded, destroying the house and damaging six others beside it. And in a separate neighbourhood, a fire damaged three condo units in a complex.

That forced a new evacuation of hundreds of reconstruction workers.

Premier Rachel Notley said Tuesday the developments underscore the volatility of the situation and have forced a re-evaluation of plans to get residents back to their homes.

''Safety will be and must be our first and principle priority,'' Notley told a news conference in Edmonton. ''I hope to have more to say about our specific re-entry plans within the week.''

On Tuesday morning, Notley confirmed the blaze destroyed a 655-unit work camp and was threatening two others.

By Tuesday evening, one of those accommodation camps, Noralta Lodge, was reporting on Twitter that the fire was being held off the village site and there was no structural damage, but the facility was still considered at risk.

The tweet said crews were to remain overnight to keep the fire under control.

Rod Graham, president of Horizon North, which owns the levelled Blacksand Executive Lodge, said the facility was fully insured and could be rebuilt in about six months.

It was distressing deja vu for many workers who had fled the fire before and returned in recent days to get production running again.

Jeff George, a 51-year-old Suncor worker, was moved to another camp further north. He can't wait for life to get back to normal, he said, but is resigned to waiting it out in comfort with great food and air conditioning, pool tables and dart boards.

Planes were available to evacuate workers again if necessary, he added.

''It's bad but it's not as bad for us as I think people think,'' said George. ''They're keeping everybody out of the way and safe ... We've just got to be patient and hopefully we'll get out of here soon.''

The evacuation zone, stretching about 50 kilometres north of Fort McMurray to just south of Fort MacKay, included Syncrude and Suncor facilities, along with several smaller operations.

Mark Little, executive vice-president of Suncor, issued a tweet to employees late Tuesday night assuring them that the fire was southwest of the facility ''and we have protection strategies in place to safeguard our assets.''

''What a crazy time it's been,'' he told them. ''I know many of you are in difficult circumstances given your temporary accommodations and in some cases, dealing with a loss of your personal property. Hang in there – we will get through this.''

He said emergency response teams were still on site at the company's MacKay River, East Tank Farm and base plant facilities, while its Firebag location was on ''hot standby with minimal staffing.'' He said a strategy was in place to evacuate those people as necessary.

Syncrude CEO Mark Ward, meanwhile, held a meeting with several hundred employees in Edmonton on Tuesday afternoon and assured them there would be no layoffs because of the fire situation, and everyone would continue being paid.

Suncor also told workers they would receive their normal pay on May 12, and their base salary on May 26.

Another good bit of news is the forecast. Environment Canada is calling for four days of rain, beginning Thursday. 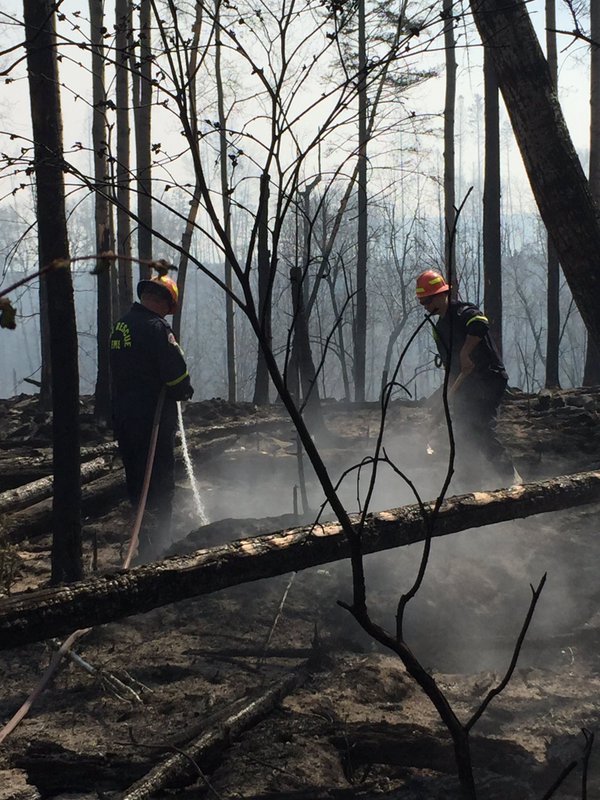