The Ontario Association of Fire Chiefs (OAFC) announced today a partnership with the Mental Health Commission of Canada to bring the Road to Mental Readiness to its members and their fire departments. Road to Mental Readiness, or R2MR, is a training program originally developed by the Department of National Defence for members of the Canadian Armed Forces that addresses stigmas and identifies the signs and symptoms of occupational stress injuries.

“There has been a lot of fantastic discussion around mental health,” Pegg said in an interview Thursday morning. “Our commitment and our goal is to move that from discussion to action. We’re still very much engaged in the discussion, still working with the minister’s round tables and processes.”

OAFC members passed a resolution at their annual conference in May to institute mental-health training and education. This year, 28 first responders have died by suicide in Canada, according to the Tema Conter Memorial Trust. Last year, 27 first responders took their lives between April 29 (when the trust began tracking numbers) and Dec. 31.

“Unfortunately, all have seen and experienced the tragedy,” Pegg said, “and the membership was very clear in May, fully supporting our continued involvement in the developing work, and also very clearly asking the board to make the issue of occupational stress injury a top member-service priority.”

The R2MR training program uses a mental-health continuum model that identifies signs and symptoms associated with four stages of functioning: healthy, reacting, injured and ill. The program also identifies the roles of leaders to shied, sense problems or support staff.

“Our goal is to be able to provide each and every firefighter and chief officer in Ontario with these much-needed skills and tools as this program expands and spreads,” Pegg said.

Police organizations began widespread adoption of the R2MR program last year, beginning in Calgary. Now, many major municipalities have programs in place and are training members.

The OAFC plans to use a train-the-trainer course to disseminate the R2MR program. The first class of 24 will be schooled in January to become qualified R2MR trainers.

Cost of the program and how it will be covered for firefighters is still being worked out, but Pegg said he expects the OAFC will likely fund the first training course and those trainers will then share their skills with fire departments across Ontario.

“It will depend on uptake, demand and affordability,” he said. “But the OAFC is coming to the plate willing to make that investment.”

Pegg, who sits on the Canadian Association of Fire Chiefs (CAFC) national advisory council, said mental health is also a priority for that group.

“I know this is an important topic for ministries, agencies and associations, and I’m also excited about the fact that this is such an important issue for the CAFC,” he said.

"We’re already engaged in some very important discussions at the national advisory council that I know are going to carry forward into the CAFC conference in September. I look forward to bringing all of the details of the OAFC initiative to my colleagues at the CAFC for consideration nationally.” 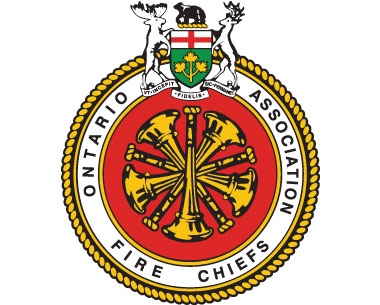 The Ontario Association of Fire Chiefs has partnered with the Mental Health Commission of Canada to bring a mental-health program to its members and their fire departments. Ontario’s fire chiefs hope a mental-health program developed for the Canadian military will help firefighters across the province build resilience against occupational stress injuries.
Print this page