Jan. 22, 2018, Ajax, Ont. - Wounded Warriors Canada wrapped up its "Slip on your RED" epaulette campaign for the fire service with a cheque presentation at the Ontario Association of Fire Chiefs office in Ajax, Ont., on Jan. 12. RED stands for "remember everyone deployed."

The campaign, whose funds will benefit operational stress supports for first responders, raised money through the sale of epaulettes produced and supplied by Unisync Group Carleton Uniforms.

The OAFC presented the cheque for $10, 428 to the organization on behalf of all participating departments across the province.

Bruce Krauter, a paramedic chief in Windsor-Essex, Ont., first came up with the idea for a fundraising campaign that assisted veterans and first responders living with operational stress injuries. The "Slip on your RED" campaign was introduced last June, when Wounded Warriors Canada teamed up with the Paramedic Chiefs of Canada (PCC).

Randy Mellow, president of the PCC said they have sold more than 1, 500 epaulettes, with all of the proceeds going towards programming.

Carleton Uniforms account manager Monika Seller was instrumental in bringing the campaign to the Ontario fire service. The uniform company designed the epaulettes, which cost $20 a pair, donating 60 per cent of the proceeds back to the campaign.

Mellow said the campaign has exceeded his expectations by helping to bring together emergency service workers.

"We’re talking with our colleagues and with our peers about mental health issues and operational stress injuries and it’s helped to reduce stigma, but it’s also been comforting to know that we’re in this together," Mellow said.

Wounded Warriors Canada plans to continue the "Slip on your RED" campaign after this year’s success, Maxwell said.

"It’s going to be an ongoing annual thing where services can get involved every November and wear their red epaulettes on every Friday of that month, if they choose," he said.

"I do feel very strongly that it’s a campaign that’s likely to maintain that momentum," Mellow said. "These are great communities that like to give back, they’re giving every day in their frontline jobs but they like to give back to the community, and I’m really confident that it will continue with that kind of strength."

Maxwell said emergency service personnel can use Wounded Warriors Canada as a resource outside of the campaign.

". . . If any of their members are in need of any programming support for mental health, we ask and encourage them to reach out to us directly, because we’re here for them," Maxwell said.

To learn more about how your department can get involved in next year’s campaign or programming, please contact Scott Maxwell directly at scott@woundedwarriors.ca. 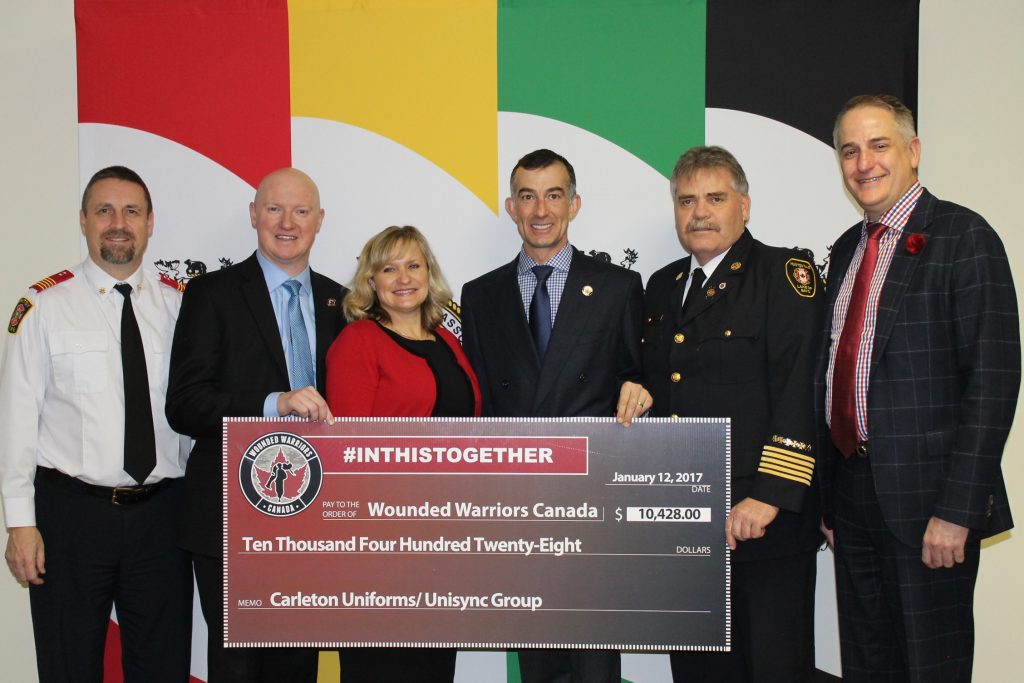