PFAS, while effective, are coming under increased scrutiny. 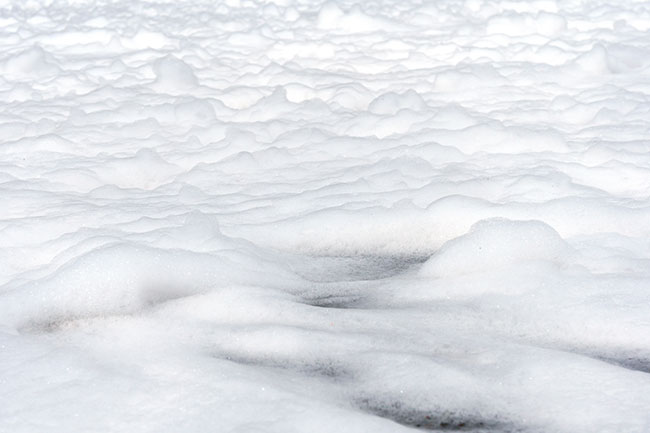 In Canada, a portion of PFAS contamination comes from the use of fire fighting foams. Photo by Adobe Stock / yelantsevv

Per- and polyfluoroalkyl substances, or PFAS for short, are a group of over 4700 human-made substances that are frequently used as lubricant and repellents. Known as forever chemicals, they can be found in fire fighting foams, textiles, cosmetics and in food packaging.

PFAS have been produced since the 1940s. In the 1950s, 3M began manufacturing products that used two types of PFAS — PFOA and PFOS — to create products like Scotchgard. 3M also helped to develop Aqueous Film Forming Foam (AFFF), which is used to fight complex liquid fuel fires.

AFFF, while effective, is increasingly coming under scrutiny due to concerns around negative impacts on the health and safety of people and the environment.

According to Order 2021-87-04-02 Amending the Non-domestic Substances List  regarding the Canadian Enviornmental Protection Act, 1999, well-studied PFAS are environmentally persistent, meaning they do not degrade easily “under normal conditions and within organisms,” and they are associated with a range of adverse effects on the environment and human health. Exposure to certain PFAS have been linked to reproductive, developmental, liver, kidney and immunological effects.

In Canada, risk management actions for PFOS, a type of PFAS, were put in place in 2008. Since 2016, manufacturing, using, selling or importing certain types of PFAS (PFOS, PFOA and LC-PFCAs) was prohibited, with a few exceptions, under the Prohibition of Certain Toxic Substances Regulations, 2012. The Canadian government evaluated the risks of particular PFAS in 2006 and 2012. PFOS, PFOA and LC-PFCAs were found to be toxic to the environment and were added to the List of Toxic Substances, under Schedule 1 of the Canadian Environmental Protection Act 1999.

Order 2021-87-04-02 notes that, in a global context, PFAS have been found in increasing intensity in environments that are close to or downstream from “point sources”, which includes manufacturing plants and sites where fire fighting foams have been used.

Order 2021-87-04-02 also notes that in Canada, a significant portion of PFAS contamination comes from the use of fire fighting foams, whether to extinguish fires or from use during training and testing.

But is there a solution for contamination when it comes to fire fighting foams?

David Ash, product director for foam for Johnson Controls, commented on the future of non-fluorinated foams.

“Non-fluorinated foams are gaining momentum in the fire service market. Departments and municipalities are seeking them out because they don’t want to handle all that comes along with fluorinated chemistry. Technology [of non-fluorinated foam] is improving so performance is comparable to traditional foams.”

“I liken PFAS to asbestos and cigarettes. There was a lot of denial about how bad they were until the science started to come out,” said Hyndman. “That’s why we are working on a viable alternative that avoids the use of these chemicals.”

Ash said that even products like eco-gels and other non-fluorinated foams “are still chemicals and should be treated as such.”

“The safety data sheet tells you, regardless of the foam, to use the proper PPE,” said Ash. “I would never describe a chemical as safe but with proper handling, non-fluorinated foams can be just as effective and more readily disposed of.”

Ash said that if you’re using fluorinated foam, you should capture, contain and dispose of it properly.

Hyndman said that if you spray a fluorinated foam, it’s not just about cleaning up the foam itself but the contaminated area too.

“There is soil contamination, water contamination. People living around manufacturing sites have many times the amount considered toxic in their blood stream and water supplies.”

In 2021, the Canadian government pledged to invest in research and monitoring of PFAS and examine this information to inform a class-based approach. A report on PFAS report is expected to be published in 2023.

When considering environmentally friendly alternatives, there is always the consideration of whether the product is as friendly as it claims to be.

“Green washing in the fire service happens,” said Emmons. “We are supposed to be the ones protecting our communities and if you think about the products we are using, even without our knowledge of doing so, we’re contaminating our communities.”

Ash said that while foams can be formulated without any PFAS or surfactants added, it is challenging to say that there are absolutely none at all.

“Foam agents are a complicated material to analyze and who’s to say that the water we’re using doesn’t have parts per trillion of PFAS. The language distributors and companies use is important, as we don’t want to be misleading, that’s why the emphasis on ‘no addition’ is key.”

Hyndman said FireRein’s Eco-Gel as a “100 per cent bio-based gel. It is made from food-grade material. The gel is a water additive and is created with no added surfactants.”
FireRein’s Eco-Gel achieved the key milestone of Underwriters Laboratories performance certification this year. In addition to effectiveness, the cost of use and disposal were also considered.

“When you look at price versus cost, traditional chemicals are more expensive than Eco-Gel to maintain, store and they need to be incinerated, as they are often classified as hazardous waste,” said Hyndman.

“Seeing this shift gain momentum in the Western world, I think non-fluorinated foams and products will be the predominate product in the market in the next few years,” said Ash.

Ed Kelly of the International Association of Fire Fighters filed an appeal to the NFPA Standards Council to remove the requirement for the middle layer in turnout gear, known as the moisture barrier, to withstand 40 hours of UV light as this required the gear to be manifested with PFAS to perform to that standard.

NFPA responded in a letter and stated that further review to understand how removing the testing requirement would impact the middle layer is necessary. They pledged to make later recommendations based off findings from a task force.

Related
Mental Health Literacy
Leadership Forum: Knowing when to stay silent and when to speak
Suicide and first responders: Part 1
Trainer’s Corner: We learn from what we honour