Victory loves preparation. This statement reflects what training officers should aim for on practice nights. 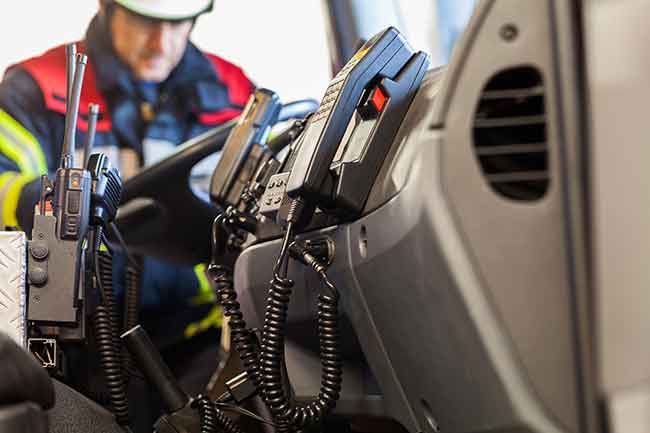 The arrival report is the first radio report to dispatch made by the first-arriving fire officer while he or she is still in the apparatus. The report is an on-scene confirmation. Arrival reports

Recently, at Greenwood Fire and Rescue, I was reviewing building construction with our firefighters when our tones rang and we were called to a possible structure fire at 1680 Deadwood St. There was a brief moment when all heads turned toward me as though the call was my doing. (Several months ago I surprised the crew with a mock call midway through a classroom session.) But I just shrugged and ran for my gear.

It didn’t take us long to respond since we were already at the hall. The arriving units set up and the incident commander took a look around. Flames were visible through the upper window and wisps of smoke were pushing through the parted curtains. Firefighters were a bit hesitant about how they should respond when it became clear this was a hands-on scenario I had arranged with help from our dispatchers.

The structure fire was at our old curling rink, which is our practice building. I asked dispatch to use the street address rather than the local name to ensure members used the mapping system.

The realistic flames that danced across the ceiling and reflected through the glass of the window were from an indoor campfire unit I had purchased and tweaked it to fit our needs. The device simulates flames using coloured LEDs and a fan-driven flame-shaped, silk fabric about 43 centimetres (17 inches) long. (Find these units at www.indoorcampfires.com.) A smoke machine added to the realism.

I would love to tell you that the scenario played out perfectly, but life isn’t always that kind. There were a few hiccups, but we dealt with them during our debriefing. One area of concern that came up during debrief was the poorly executed arrival report.

The arrival report is the first radio report to dispatch made by the first-arriving fire officer while he or she is still in the apparatus. This initial report is a 30-second time investment that pays huge dividends and is one of the most important yet overlooked fire-ground procedures. Departments should review the following points about arrival reports.

The first-arriving unit establishes command (command can be transferred later).

This arrival report should include six points:

Use the word “from” during radio communications, for example, “Dispatch from Engine 1.”

And above all, wait until you are acknowledged by dispatch before giving the report. Do not just call out “dispatch” followed by your report; wait for the go-ahead.

Engine 1: Then gives the report.

I realize radio protocol is elementary, but you would be surprised how many firefighters mess it up. Many use the word “to” – “Engine 1 to Dispatch” – but this is backwards. In order to get someone’s attention you always call out the name (in this case dispatch) of the group or person or with whom you want to communicate.

Once you have been given the go-ahead by dispatch, clearly and precisely communicate your arrival report. Remember you are still in the cab at this point. Answer these simple questions: Who are you? Where are you? What do you see? What do you need? What are you going to do?

The incident commander (IC) also has the option of changing the response mode of responding resources. It may help to let dispatch and the other responders know your initial operational mode; offensive, defensive, investigative or rescue. The arrival report is also an opportunity to request help right away – for example a second/third page, mutual aid, hazmat, forestry, RCMP, EHS or utilities – and to warn of dangers such as downed power lines.

The arrival report is the first radio report to dispatch made by the first-arriving fire officer while he or she is still in the apparatus. The report is an on-scene confirmation.

This short and sweet 30-second report paints a clear picture for incoming units. How much smoke and/or fire do you have? Where specifically is the fire? And so on.

The point of the arrival report is to tell those who are listening something that they may not already know. Determining what the listeners do not already know is not as easy as it sounds. If you say there is a house on fire, although you see what that house looks like, 12 people hearing your report each picture a different house.

During the practice night following our mock call, I had four firefighters leave the training room and take turns using a radio to describe pictures of burning houses. These pictures – which I printed off the Internet – showed houses in various stages of fire involvement. The members in the training room were given blank sheets of paper and pencils and tasked to draw what was being described to them via radio reports. The firefighters were allowed to ask for more details or clarification. When everyone was finished drawing, the actual pictures were revealed on the screen in the training room. There were more than a few “oh brother” comments, and lots of laughter and interaction.

In the second part of our practice session, each member was given an arrival-report card:

I had prepared eight PowerPoint slides of photos showing structures in various stages of fire involvement, and one photo with no fire or smoke showing. Each slide had a local address typed at the bottom.

Blank sheets of paper and pens were handed out and each firefighter was instructed to play the role of the first-arriving officer and to write an arrival report from each slide as it came up. After each slide, a few individuals read out their reports and we discussed their findings.

When I showed the picture of the house with no fire or smoke, members were quick to report nothing showing, but weren’t too sure where to go from there. I asked them to consider what they should ask dispatch. There were a few blank stares, and no response. So I gave them a Sherlock Holmes quote: “You see, but you don’t observe.”

I love it when practice night is loud and interactive. There were a lot of good discussions about fire behaviour, fire suppression tactics and firefighter safety.

Remember, in order for our members to be victorious over the fire dragon we need to prepare them by training as though their lives depend on it. I hope this info will encourage you to review arrival reports with your members. Stay safe.

Ed Brouwer is the chief instructor for Canwest Fire in Osoyoos, B.C., and training officer for Greenwood Fire and Rescue. Ed has written Trainer’s Corner for 15 of his 27 years in the fire service. Contact Ed at  ebrouwer@canwestfire.org