Features Prevention
Prehistoric pub ed: How to update your approach to fire-safety education

Unless your fire department still houses teams of horses, chances are, your suppression equipment and training have advanced over the years. Can you say the same about your public education? I have an easy three-question test, which, with a great degree of accuracy, can determine whether your public education is outdated. 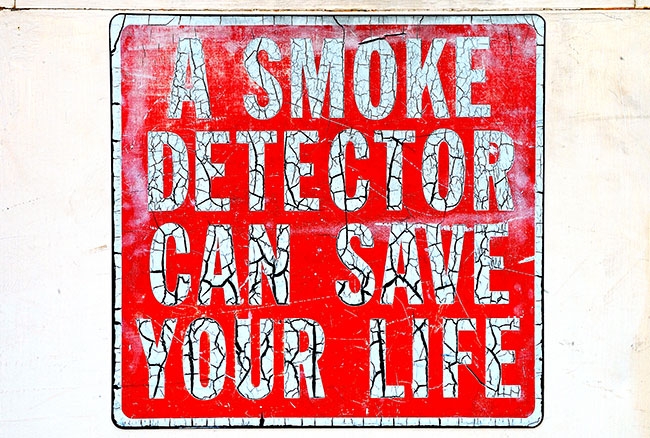 Question 1: Do your lead-in messages contain the words, “It’s the law”?

Question 2: Is your fire department absent from social media?

If you answered yes to any of those questions, it is likely that your fire department’s public education is a bit of a fossil. Let’s face it; today’s audience wants bigger, louder, more entertaining . . . and many fire departments are a bit like Mr. Dressup in a Pokémon GO world.

A: It’s the law
Have you ever driven over the speed limit? Consumed alcohol before you were of legal age? Jaywalked? You knew it was against the law to do any of these things, right? Of course you did. But you did them anyway, likely because you conducted a cost-benefit analysis in your head that pitted the benefit/fun/convenience against the chances of getting caught/something going wrong, and you made the choice – conscious or not – to proceed.

Now you understand why people still don’t have working smoke or carbon monoxide alarms in their home, cottages or RVs: most people know it’s the law (after all, it hasn’t exactly been a secret – every province and territory has a law/code for smoke alarms), but the law itself isn’t reason enough for people to comply. There must be imminent consequences, (death or a large fine) or an emotionally compelling reason (the thought of losing a child or pet – or even a smart phone! – in a fire). The latest effective method? Shame. No one wants their story to go viral for the wrong reasons.

According to fearof.net – a website dedicated to fears and phobias – more people are afraid of butterflies, buttons and long words than fire. After the top three (spiders, heights, snakes) the fear of death made the No. 12 spot. The fear of crime, by the way, was way down the list at No. 65, right below the fear of cotton balls.

What does this tell us? It tells us that the traditional messaging, which tries to use the law/crime or fire as an incentive to change a behaviour, is essentially ineffective at compelling people to do so. The fear of losing one’s own life – or the life of a loved one – however, could be far more effective.

TIP: Focus on the “loss” consequences, rather than the legality or risk of fire.

Try asking your audience to pick only one person/pet/thing in their home to save from a fire. Then tell them that a smoke alarm would allow them time to do that. Or take a humourous route: list everything they store on their iPhone, and the life-shattering thought of losing that iPhone in a fire.

B. Lack of social media
According to several studies, between 60 and 70 per cent of Internet users in Canada are also social-media users. Seventy-one per cent of social media users are on Facebook and more than 50 per cent are on more than one platform. Seventy-three per cent of millennials and 42 per cent of gen-Xers use social media daily. Essentially, if you want to connect with people between the ages of 17 and 50, you’ll find them on social media. Your public education efforts need to reflect today’s audience and their lifestyle. Your social media presence needs to be instant, attention-grabbing and easy to access, 24-7.

Social media does not produce public education, much like buying a boat does not produce a smoked salmon on your plate. Social media is merely a vessel that reaches the vast majority of your community with one post, tweet, upload or send. Knowing what to post and when is as critical as knowing how to tackle a hazmat scene.

TIP: There are two ways to do this – with or without public education staff.

The demands of social media require trained, knowledgeable staff dedicated to building a following and updating frequently. These staff members should be social-media savvy, have a background in communications/marketing, and be well versed in fire safety. They will likely need smart phones with social media apps, because as you well know, fire department response is not a nine-to-five gig. Like hazmat specialists, if your fire department doesn’t have public-education staff, your suppression or prevention staff have a lot of training to do!

Here are a few things you need to know about the three-step wonder:

It is my opinion that young children should be responsible for knowing two things – and two things only:

All the other aspects of the lesson should complement those two target objectives. Stop, Drop & Roll could be taught to the class after they have mastered the two above lessons. Learning about fire trucks and the equipment a firefighter has should be accessory subjects – to keep it fun and interesting.  The two core lessons (above) will serve them well into adulthood.

Once kids get to age 10 and up, satisfy their curiosity with the science of fire, and as they progress into their teenaged years, your approach will have to be adjusted to come at them with pop culture, emotionally compelling or humorous approaches. In fact, the 13- to 18 year-olds are the best age group to educate about things like grease fires, CO sources and extinguisher use.

Fire departments that use old-style messaging for their public education programs are missing opportunities to reach people through social media. Use of social media

Embracing a paradigm shift
Suppression success is so easy to measure. Did the fire get extinguished? Did the person get rescued? Was the spill contained and cleaned up? Did enough responders arrive on scene within an acceptable amount of time? If the answer is ever no, adjustments are made. Trucks are purchased, equipment is updated, more training is given, and so on.

There is no way of knowing how many lives your public-education program has saved or positively affected. There is an easy and dreaded way to tell that it’s had a negative effect. Any news article containing words such as fire, death, injuries, close call, or lucky to be alive is a good indication that your public education (and perhaps, prevention) areas need improvement. Smoke/CO compliancy rates are also an indicator.

Today’s audiences do not question whether they “can”; they question whether they “should.” In the private sector, companies are going after the heart instead of the brain. Watch any commercial or YouTube ad, from WestJet to Lean Cuisine, Ancestry to Apple, Nike to Audi; companies are giving your heart a reason to take notice, often without even mentioning a specific product. Have you ever seen a GEICO insurance commercial that told people to buy car insurance because it’s the law to have it?