Broken windows. Over-grown grass. Mail piled up on the doorstep. Canadian fire departments know that if they ignore these signs for long, fires and crime will eventually follow. 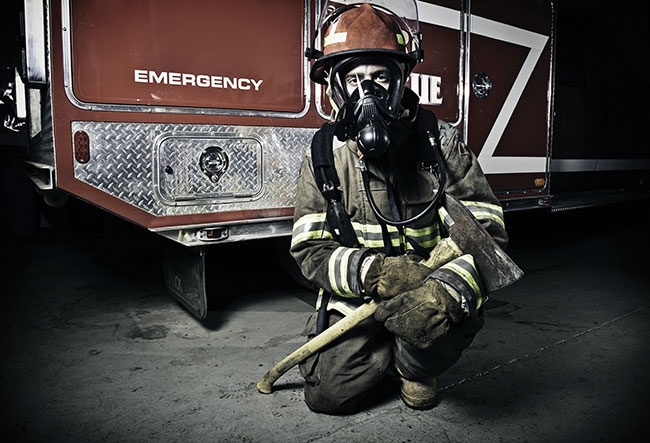 The Surrey Fire Department is part of an initiative in the B.C. city to secure distressed properties to make them safer. Broken windows. Over-grown grass. Mail piled up on the doorstep.

Distressed properties create costly safety and enforcement problems in communities across the country, while also contributing to long-term neighbourhood decline. Making the absentee owners take responsibility can be difficult and time-consuming – but one city in British Columbia has developed an approach that works.

The City of Surrey, a community of about 550,000 in Metro Vancouver, has to date secured more than 420 distressed properties, reduced related fires by up to two-thirds, and recouped more than $853,000 from property owners through its Distressed Properties Initiative.

Launched in January 2018, the program forces property owners to either secure their property or pay the city to do it for them. Cost-recovery is 100 per cent.

“The concept of owner responsibility is at the heart of the initiative,” said Surrey Deputy Fire Chief Mark Griffioen, who manages the program. “We’re leveraging tools that are available to all cities – such as provincial fire codes and the development of bylaws – to make sure taxpayers at large don’t pay the cost when owners ignore their responsibilities. And by doing so, we’re making our community safer for everyone.”

Surrey took action on distressed properties after seeing an increase in fires in abandoned homes, which also become targets for vandalism, drug use, squatting, drug production, prostitution and other illegal activities. In the years leading up to the program, abandoned homes were causing hundreds of visits each year by bylaw and fire personnel, and an average of two to three fires per month.

The city’s program was based on the 2016 study Distressed Properties: Pathways of Decline and the Emergence of Public Safety Risk from the University of the Fraser Valley (UFV) in B.C. by authors Len Garis, Larry Thomas and Alex Tyakoff.

Based on recommendations from the study, Surrey developed a method to identify properties heading towards a distressed state, and created bylaws to force owners to secure their properties (initially fencing, boarding and barriers, escalating to a security system).

The city also created a Community Property Safety Team (CPST) that follows established operational guidelines, addresses emerging issues and develops long-range strategies. The CPST includes a clerk and two full-time firefighters from the Electrical and Fire Safety Team. Tools to assist the team include a map of hotspots for abandoned homes and a mobile app with a property assessment checklist.

During 2018, the first full year of the program, the city identified 424 abandoned properties:

During that time period, property owners were charged $106,000 in city inspection fees, $55,000 in administration fees and $692,000 for the city to secure their properties.

The Surrey Fire Department is part of an initiative in the B.C. city to secure distressed properties to make them safer.

■ How it works
The CPST is alerted of possible abandoned homes by fire and city personnel as they go about their work, as well as by members of the public following a community outreach program.

The team has four stages of response:

■ Next steps
The city continues to hone its process to enable a faster and more proactive response.

Presentations have been made to all other city departments to increase the number of “eyes” in the community. As well, based on a recommendation from the UFV study, a tool is being developed to help the city more accurately predict which properties are at risk of decline, rather than relying solely on public and staff reporting and monitoring.

Preliminary results showed that up to 85 per cent of distressed homes may be identified through this proactive approach, compared to about 50 per cent through the reactive methods of reporting and monitoring.

Targeted monitoring of identified properties is now taking place to further test and fine-tune the model.

These enhancements will build on a successful program that has reduced the number of high-risk properties in Surrey, improved safety and helped to restore neighbourhoods, while ensuring that owners take responsibility for their properties.

“It’s been an exciting journey. In addition to reducing risks and recovering costs, we’ve been pleased to see so many former distressed properties return to the housing market,” Griffioen noted. “That’s the best possible solution for the community. It’s a win-win.”

The study can be downloaded for free from the UFV public safety and criminal justice research database at cjr.ufv.ca.

Len Garis is fire chief for the City of Surrey, B.C., an Adjunct Professor in the School of Criminology and Criminal Justice & Associate to the Centre for Social Research at the University of the Fraser Valley, and a faculty member of the Institute of Canadian Urban Research Studies at Simon Fraser University. Contact him at Len.Garis@ufv.ca. Karin Mark is a former newspaper reporter who writes for publications and provides communications and design services in Metro Vancouver, B.C.