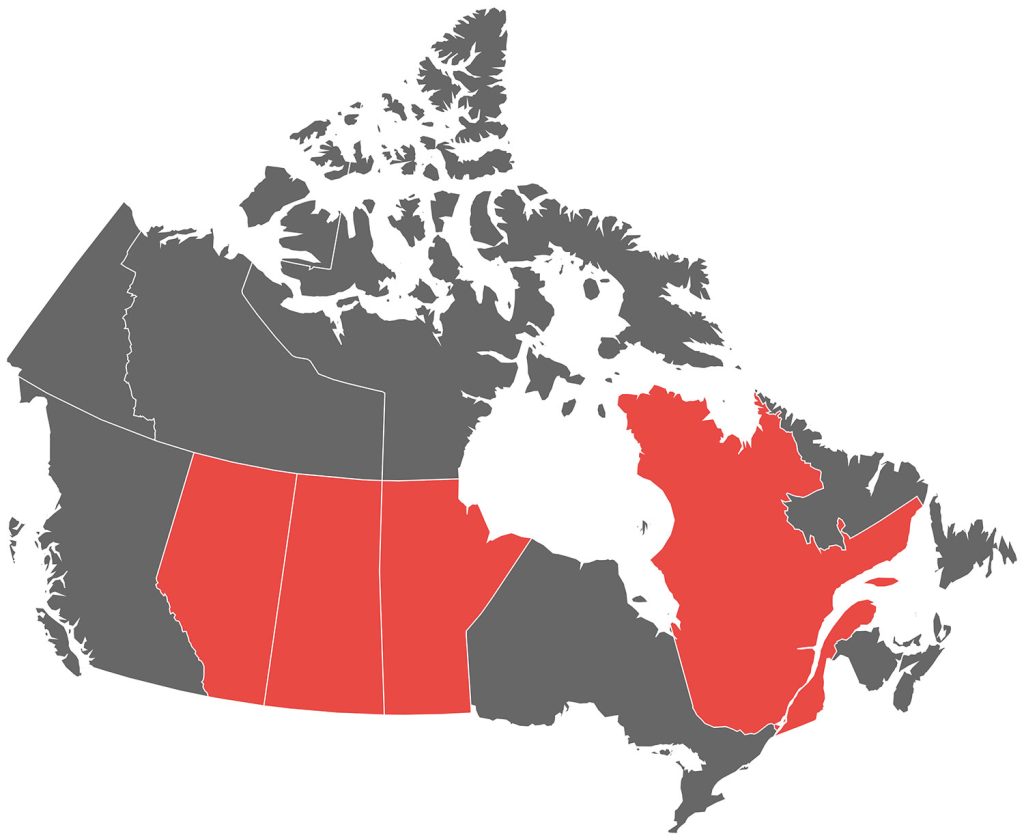 Increasing evidence is highlighting the importance of closely assessing an area’s residents and their housing situation when planning fire-prevention programs for First Nation and other high-risk communities in Canada.

The study “Moving from Risk Assessment to Risk Reduction: An Analysis of Fire-related Risk Factors in First Nation/Indian Band or Tribal Council Areas across Canada,” by the University of the Fraser Valley (UFV) in British Columbia, identifies nine individual and household-level variables that contribute to fire risk, associated injury, and death in First Nations communities across Canada.

The August 2020 study by Spencer Huesken, RuoYu Xiao, Charles Jennings, and Martha Dow demonstrated a relationship between fire risk and variables such as housing condition, how many people live in a home and for how long, whether occupants rent or own, their age and employment status, and whether they are lone parents. The study determined that 166,740 Indigenous people across the country were living in areas with high fire risk.

“This is important research, given the lack of on-reserve fire data that exists and the well-documented heightened risk of fire-related injuries and death among Indigenous people in Canada,” said Blaine Wiggins, executive director for the Aboriginal Firefighters Association of Canada (AFAC), which represents regional Indigenous emergency and fire service organizations across the country. “The work provides potentially life-saving insights into the complex combination of factors that contribute to increased fire risk for Indigenous people.”

The research was conducted by the UFV’s Community Health and Social Innovation Hub to help AFAC develop evidence-based approaches to residential fire risk reduction in First Nation on-reserve communities across the country.

The disproportionately higher risk of fire death and injury for Indigenous people has been documented in Canada for many years, including research in 2007 by the Canada Mortgage and Housing Corporation and, more recently, a 2021 Statistics Canada study (reported in Fire Fighting in Canada in June 2021) that showed Indigenous people in Canada are five times more likely to die from a fire than the general population. The risk increases to 10 times if individuals live on reserve and 17 times if they are Inuit.

Seeking to clarify the contributing factors for this higher risk, the UFV study used data from Statistics Canada’s 2016 Census Aboriginal Community Portraits – which represents 624 First Nation/Indian Band or Tribal Council areas with almost 660,000 Indigenous residents across Canada – along with earlier fire risk reduction research that included a 2012 Journal of Safety Research article on the impact of the City of Surrey, B.C.’s HomeSafe fire-prevention program in high-risk neighbourhoods.

To these factors, AFAC added four housing-related variables that have been found to be related to higher fire risk and fire-related injury and death: households requiring major repairs, crowding (more than one person per room), high-occupancy (five or more people), and rental households.

After these nine variables were applied to the Census data for First Nation/Indian Band or Tribal Council areas, the raw values for each factor were converted into standardized scores that were used to assess each area’s level of risk. A geospatial mapping process was then used to create maps for each province identifying at-risk populations and areas.

The analysis found that across Canada, 166,740 Indigenous people live in high-risk First Nation/Indian Band or Tribal Council areas with at least seven of the nine contributing risk factors. Of these, 148,825 – 89 per cent – were centralized in four provinces: Alberta, Manitoba, Quebec, and Saskatchewan. Other general findings include:

Across the country, 3.37 per cent of First Nation/Indian Band or Tribal Council areas were high risk (seven or more factors), with results varying widely province to province.

Ontario, British Columbia, and Nova Scotia each had only one area with seven or more risk factors. This equated to 6,595 people in Nova Scotia, 5,320 in Ontario and 6,000 in B.C.

In Ontario, 0.8 per cent of First Nation/Indian Band or Tribal Council areas were high risk (5,320 people) while in B.C., 0.52 per cent were high risk (6,000 people). No high-risk areas were identified in Northwest Territories, New Brunswick, Newfoundland and Labrador, Prince Edward Island, the Yukon and Nunavut.

Observations from provincial or territory breakdowns demonstrate the broad diversity in conditions and risk factors. For example, the age 65-plus risk factor appeared in only 14 communities across Canada; of these, 11 were in B.C. Factors involving rental households, lone parents and unemployed individuals also tended to reflect local conditions; rental housing was flagged in the Northwest Territories, Nova Scotia, New Brunswick, and B.C.; lone parent households in Nova Scotia; and unemployment in New Brunswick, Newfoundland, and Labrador. However, housing risk factors related to major repairs needed, high occupancy and crowding were present to some degree across the country, and particularly in Alberta, Manitoba, Quebec, and Saskatchewan.

It should be noted that only Indigenous communities included in the 2016 census were part of the analysis. Fourteen communities were not enumerated (four in Quebec, eight in Ontario, one in Alberta and one in B.C.) and the census subdivisions omitted some additional B.C. areas that were not affiliated with a Tribal Council and therefore did not have the necessary community-level data.

Even so, the findings point to potential priority areas in communities for further fire-prevention investigation and initiatives, as well as the need for a customized approach that reflects local conditions. As well, by exposing the state of housing in First Nation communities, the research bolsters the National Collaborating Centre for Aboriginal Health’s call for action to address the “unsuitable, substandard and overcrowded state of the vast majority of Indigenous homes” in Canada in its 2017 fact sheet Housing as a social determinant of First Nations, Inuit, and Métis Health.

“The analysis has provided a framework for AFAC’s work to reduce fire risk at First Nations communities and develop more nuanced and effective interventions through an evidence-based approach,” Wiggins said. “This study has also set the stage for the continued and deeper research into fire risk factors that will allow us to enhance our efforts to protect Indigenous populations, which now include the development of approximately 80 programs and services.”

The report also has broad implications for community fire risk reduction in Canada, given that the identified risk factors have proven to be generally related to high fire risk in vulnerable communities and populations.

“Moving from Risk Assessment to Risk Reduction: An Analysis of Fire-related Risk Factors in First Nation/Indian Band or Tribal Council Areas across Canada,” can be viewed at www.indigenousfiresafety.ca/moving-from-risk-assessment-to-risk-reduction. For additional information, contact Len Garis at Len.Garis@indigenousfiresafety.ca.