On-the-job experience, smoke alarms and sprinklers have more impact on firefighter safety than a structure’s height or construction material, according to a study of newly available, Canada-wide fire statistics. 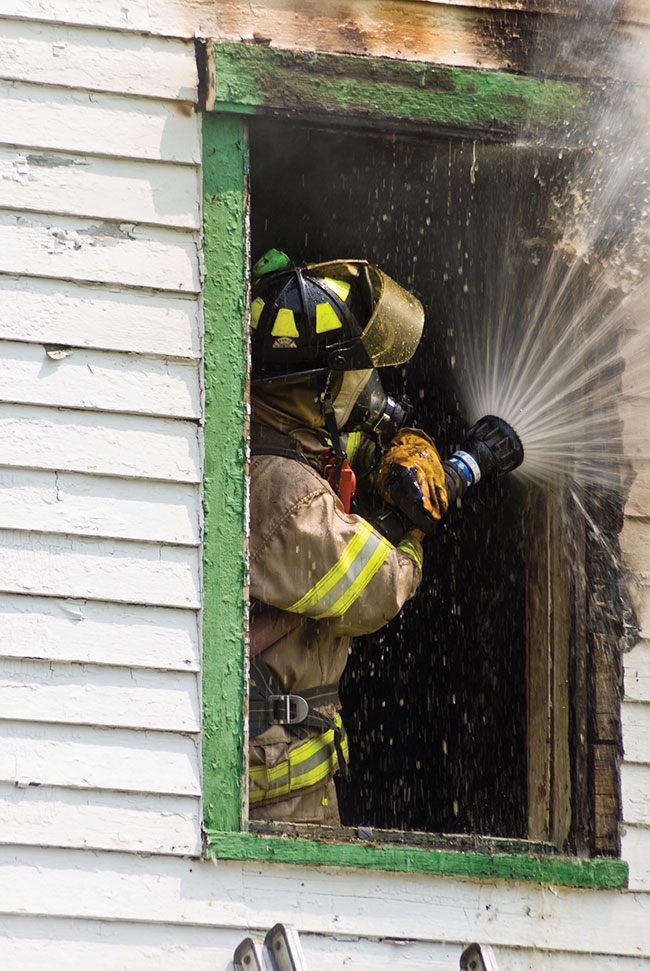 The impact of the built environment on firefighter injuries and death was examined in a new study. On-the-job experience

The fledgling National Fire Incident Database (NFID), a project of the Canadian Association of Fire Chiefs and the Council of Canadian Fire Marshals and Fire Commissioners, supported by Statistics Canada, has provided unprecedented data on the impact of the built environment on firefighter injuries and death (referred to as “casualties” in this article).

A group of researchers and academics at the B.C. Injury Research and Prevention Unit (BCIRPU) and University of the Fraser Valley (UFV) synthesized 10 years of Canadian fire statistics from the NFID and other sources, reporting their results in the May 2018 study Examining the Relationship between Firefighter Injuries and Fatalities in the Built Environment: A case for reducing the risk to firefighters through adequate firefighting experience, working smoke alarms and sprinkler coverage in buildings, by Alex Zheng, Andy Jiang, Fahra Rajabali, Kate Turcotte, Len Garis and Ian Pike.

Of note was the discovery that building height or construction material – long thought to be key determinants of firefighter safety – mattered less than the firefighters’ experience, as well as the presence of automatic detection and extinguishment devices such as smoke alarms and sprinklers.

“These revelations are a testament to the importance of maintaining and sharing fire data, to ensure decisions are based on evidence rather than assumptions,” said lead author Zheng, a BCIRPU biostatistician and researcher. “As the NFID grows more robust, it will help Canada’s fire service become more strategic and focus on what matters. In this case, the data has provided a roadmap for reducing firefighter casualties.”

The purpose of the study was to describe structure-related injuries and deaths directly affecting firefighters over a 10-year period. The authors reviewed data from 177,626 fires (72 per cent of those residential) that took place between 2005 and 2014 in B.C., Alberta, Saskatchewan, Manitoba and Ontario, and correlated it with statistics from the Association of Worker Compensation Boards of Canada (AWCBC) and Workers’ Compensation Board of British Columbia (WorkSafeBC).

Key findings from the data review:

They also reviewed existing literature on the topic, ultimately finding only six studies that were relevant, but only two (both using U.S. data) directly associated structural properties with firefighter casualties. Key findings:

Overall, analysis of the data found no evidence that building properties, such as construction material and height, affected risk to firefighters. The data did, however, show that firefighter risk is affected by fire safety measures.

“The best-case scenario for reducing firefighter casualties would be adequate firefighting experience, when automatic fire detection systems are in place, when fire detection devices are present, when automatic fire extinguishing equipment are working properly, when working smoke alarms are functioning properly, and when the building has sprinkler coverage,” the study noted.

Prior to the UFV’s release of the study in May 2018, there was little evidence linking building properties with firefighter casualties.

The authors recommended further investigation to test and expand on the findings when better quality data becomes available. This could include pilot studies by select fire departments. The authors also recommended that further data be collected on structural integrity, such as the weakening and failing of structural supports, to better investigate its role in relation to firefighter casualties.

The study can be downloaded for free at  cjr.ufv.ca/.

Len Garis is the fire chief for the City of Surrey, B.C., an adjunct professor in the School of Criminology and Criminal Justice & associate to the Centre for Social Research at the University of the Fraser Valley (UFV), a member of the affiliated research faculty at John Jay College of Criminal Justice in New York, and a faculty member of the Institute of Canadian Urban Research Studies at Simon Fraser University. Contact him at Len.Garis@ufv.ca.

Dr. Ian Pike is professor of pediatrics at the University of B.C.; investigator and co-lead of the Evidence to Innovation Research Theme at the Research Institute at B.C. Children’s Hospital; director of the B.C. Injury Research and Prevention Unit; and co-executive director for The Community Against Preventable Injuries. Contact him at ipike@bcchr.ca.