May 2016 - Anyone who works in a unionized fire department has, at some time, been confronted with the one word that sets up a roadblock to any succession program: seniority. 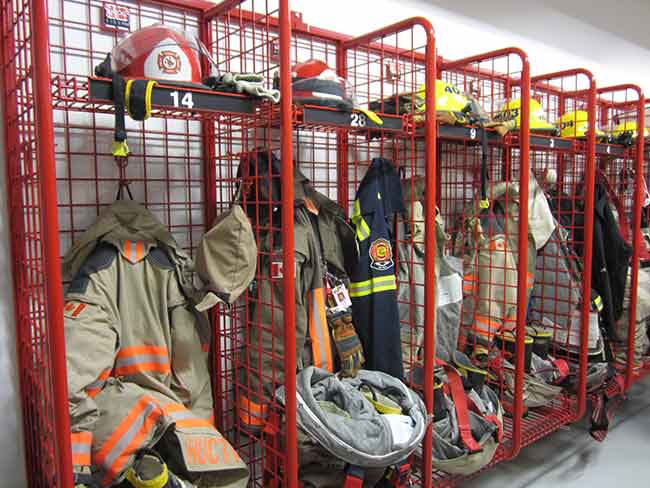 Fire chiefs have a number of tools available to ensure that the senior member is not only promoted Chief Denis Pilon explains how four tools can help chief officers implement a workable succession plan in a unionized department.

Seniority has good and bad points and can be viewed differently depending on the side of the table on which you sit: seniority ensures that those being promoted have the experience necessary for the next position; it also allows some people to be promoted beyond their capabilities or out of their comfort zones.

How do chief officers deal with seniority when developing a succession program?

We have all heard about that young firefighter who takes every course offered and at some point is pulled aside by a senior member and told to pull back and slow down. This is a cultural issue that has developed within the department, probably over many years, and is often predicated by the seniority issue. Young firefighters are told to bide their time and their turns will come.

How, then, do we develop a workable and credible succession program within our departments?

First of all, recognize that the seniority clause is in the collective agreement and it is not likely to be removed. Also recognize that the union wants the best-qualified leaders to be lieutenants and captains and recognizes that the quality of these leaders directly affects the safety of members. No firefighter, unionized or otherwise, wants to work under a leader who puts members’ personal safety at risk.

Fire chiefs have a number of tools available to ensure that the senior member is not only promoted, but is also competent, capable, and ready to assume the position. This succession-planning process must start the day a firefighter is hired. If seniority is going to be the deciding factor in promotions, then chiefs must assume that every member will someday be promoted, unless he or she resigns or retires sooner; thus, every member should be offered the education required for promotion.

The first tool is the standard required for promotion to every position. Most collective agreements allow the employer to set the qualifications for each position within the department; this must be done in consultation with the union whether or not it is required by the agreement. Failure to include the union will result in lack of buy-in to the new level of qualifications. Remember, the union wants qualified leaders also. These standards must be reasonable for the level of leadership and they must be industry standards. The unions sit on the committees that develop the NFPA training standards and members expect them to be used. Setting a standard for fire officer I, fire instructor I, and fire inspector I for promotion to lieutenant is easily substantiated and can not be readily refuted by the union.

Once these standards are set, the employer is on the hook to deliver them. Can the standards be delivered locally, through the provincial fire commissioner’s or fire marshal’s office, or through a fire college? Does the fire department have the available budget to deliver the courses? These questions need to be answered before the qualifications are formally adopted.

The second succession-planning tool is setting solid expectations and articulating the expectations throughout the department. When a firefighter finally gets that promotion, the chief needs to sit down with him or her and have a detailed discussion about what the job entails, what the department expects from members in these positions, and what the member will be evaluated on during annual reviews. Newly promoted officers need to know who will be reviewing their performance, the purpose of annual reviews, and how the reviews will be conducted; they also need to understand that the annual reviews are not just about their personal performance, but about the performance of their unit or team as a whole. The officer must understand that the review will consider team morale, cohesiveness and work ethic, and will be very results-oriented.

The third tool in the fire chief’s tool box is establishing a continuing-education culture. This is accomplished by letting everyone know that the required qualifications for promotion are minimum qualifications: there is an expectation that members will take not only required training and skills development throughout their career, but also advanced training. This training may be in the form of seminars, online classes, teleconferences, or webinars, for example, but must be supported and encouraged throughout a member’s career.

Waiting until a vacancy is about to open to take the training required for a promotion does not cut it. Training and education must be career-long activities that culminate in promotions through the ranks. It is also important to let the firefighter who has been promoted know that he or she must begin the education process for the next promotion.

The final tool in the fire chief’s tool box is the one no one ever wants to use – probation. No one wants to demote a firefighter just so another department member can be promoted; doing so is probably the most unpleasant function in any job and because of this, there is a great reluctance to demote. As a result, there are people filling positions and failing to meet expectations; all we can do is wait for them to retire. Some of these people know they are in over their heads and may ask to go back to their old positions, but this rarely occurs. Typically, people who recognize the fact that they are not excelling will stay in the position for about three years to maximize their pensions, then retire; these situations are injustices to the member, the crews, and the whole department.

A typical promotion involves a six-month probationary period. This is not a period during which the chief decides if he or she likes the person; it is a period of mentorship during which the chief helps the newly promoted officer grow into the job. Officers who are not meeting expectations during the probationary period need to be counselled about their shortcomings and given an opportunity to make corrections. This cannot be done on the last day of probation.

During the probationary period, new officers should be required to perform specific tasks or projects that can be evaluated, and complete minor tests of their abilities. These tests should be department specific to assess the officer’s abilities to interpret and apply department operating guidelines, policies and protocols. Monthly meetings should be scheduled to discuss progress and point out areas that need improvement. At the completion of the probationary period, the chief will have documented reasons for confirming the promotion or for demotion.

It should be noted that a demotion isn’t forever, as the member will go back in line for future promotions; it is, however, an opportunity to develop and make further corrections so that next time, the member will pass the promotion. A demotion also sends a strong signal to all members of the department that seniority may get you the promotion but meeting expectations is what will keep the promotion.

Follow these few steps and you will have a good internal succession program that will put the best people in leadership positions and keep them there.

Denis Pilon is the chief of the Swift Current Fire Department in Saskatchewan and is the chair of the CAFC’s resolutions, bylaws and constitution committee. Contact him at d.pilon@swiftcurrent.ca and follow him on Twitter at @DMPilon