Discussing mental health in the fire service is not easy, but it is vital. Firefighters have a higher incidence rate of mental illness and suicide than the general population. 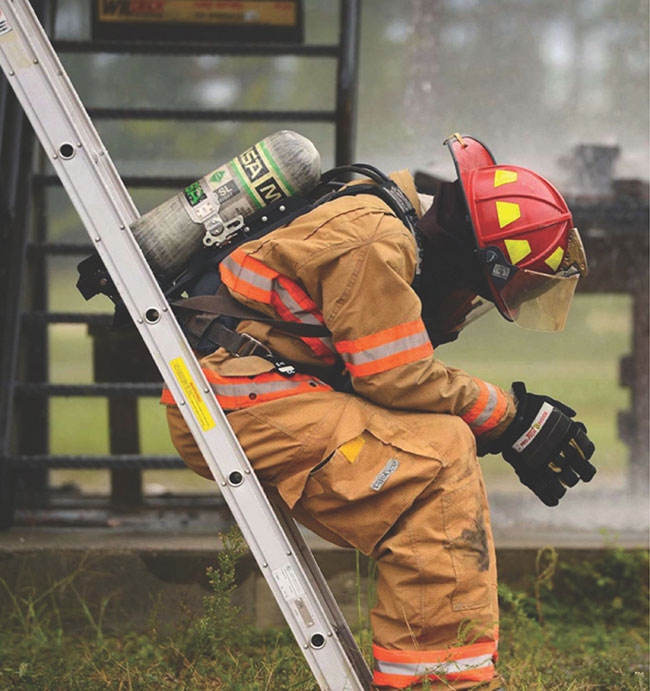 Firefighters are often afraid to ask for help with mental health problems. Discussing mental health in the fire service is not easy

This discussion is usually precipitated by the suicide of a firefighter, such as when Marc Renaud of Edmonton Fire Rescue Services died by suicide last September. His chief spoke openly about mental health and post-traumatic stress disorder (PTSD) at his funeral.

Firefighters and other emergency responders are subjected to upsetting, disturbing, difficult and sometimes traumatic incidents on a regular basis.

A recent study, titled Mental Disorder Symptoms among Public Safety Personnel in Canada that was published by a number of authors in 2017, took a look at more than 5,800 respondents in emergency services and found the occurrence rate of a single symptom (15.1 per cent) or multiple symptoms (26.7 per cent) of mental disorders in public safety providers is substantially higher than the general public (10.1 per cent).

Please note that having one or more symptoms does not equate to having a mental illness.

Another interesting outlier occurs with years of service:

The less-than-four-years of service rate is still much higher than I would like to see, but the volume of traumatic exposures might be limited due to the amount of time in service.

In years four to nine, the rate increases, likely due to the increase in call exposures and the likelihood of seeing traumatic events, which is one of the markers for PTSD.

The highest rate is the 10-to-15-year range. These are your more senior firefighters who have likely experienced multiple traumatic exposures that resulted in the development of psychological symptoms, but may not lead to a diagnosis of mental illness.

It would stand to reason that the 15-plus range should be even higher, not lower. I think that a part of the explanation lies in “the new normal” concept. While still experiencing the symptoms, over time a firefighter may be less likely to self-report due to acclimation. However, the effects of the exposure still exist.

If you are reading and understanding the statistics, an alarm bell is going off in your head asking, “What is it that is keeping members from seeking help?” or “What types of barriers are there to addressing mental illness in the Canadian fire service.”

The first and most obvious answer is stigma. Fear of being stigmatized keeps us from asking for help, resulting in a feeling of being trapped and weak. These feelings lead us down a dark road to which many have not come back from.

An additional barrier may be financial or employment-driven. The Canadian Human Rights Act prohibits discrimination for mental-health-related issues, but there is no way to prevent an employer from terminating an individual with a mental illness and documenting that it was for any other reason.

A third barrier is access to care. While all Canadians have access to care, the underfunding of mental health programs, the availability of qualified clinicians and the extremely long wait times all play a role in this barrier. According to the Centre for Addiction and Mental Health in Ontario, a wait time of six months to one year to see a counselor is not uncommon.

Mental health accounts for seven per cent of healthcare dollars despite being 10 per cent of the burden of disease and is underfunded by an estimated $1.5 billion, according to the Centre for Alcohol and Mental Health.

Now that we’ve identified that mental illness is prevalent, and there are numerous barriers to access, what do chiefs and senior officers need to look for in their members? Every mental illness is different and there are no telltale signs or indicators for suicidal behaviour that transcends cultures and across groups so, unfortunately, I can’t give you a one-page reference document that says, “If you see these things, send for help immediately.” Instead, let’s discuss patterns of behaviour.

In the fire service, we spend a tremendous amount of time with each other. In some cases, we spend more time together than we do with our own families. As a result, we tend to notice someone’s demeanor and how they react to situations. When that behaviour suddenly shifts, a difficult conversation needs to result that allows for all concerned parties to ascertain what might be going on in the firefighter’s life that is causing this behavioural shift. Ignoring the situation can, and often does, result in disciplinary issues as well as issues with morale. Additional training on this can be found in The Working Mind First Responders, formerly the Road to Mental Readiness training program.

So, we’ve identified a member that is going through a behavioural shift and we want to get them the help that he or she needs. But, where do we go from here?

An officer should be assigned to interview the available clinicians in your region to determine their mental health focus, what types of trauma they deal with, the types of therapy choices that they practice and whether or not they have experience dealing with and understanding the culture of firefighters.

Depending on the number of clinicians in your region, this can be a huge undertaking but a worthwhile one. Once identified, members can be directed to a list of approved clinicians that meet the objectives to receive the treatment that they need. As well, employers or firefighters may wish to look for first-responder-specific programs outside of the organization. An example of this would be Project Trauma Support which is geared towards PTSD and moral injuries for the military and first responders.

Having to address a mental illness in the fire service is not a matter of if it will happen, but when. Being prepared to address the needs of your firefighters, providing them with the care and compassion that is required, and directing them towards the resources they need will go a long way toward a positive resolution.

Dave Wiklanski is a firefighter assigned to the suppression section of the New Brunswick, N.J. Fire Department and owner of Alpha Omega Training Solutions. He has nearly 20 years in emergency services, a BA in psychology and an MA in behavioural sciences. He speaks at events internationally on mental health as it relates to fire and emergency services. Contact Dave at admin@davidwiklanski.com.