New research has reinforced what the Canadian fire service already knows from experience – working smoke alarms provide a crucial early warning that helps to reduce the spread of fires. 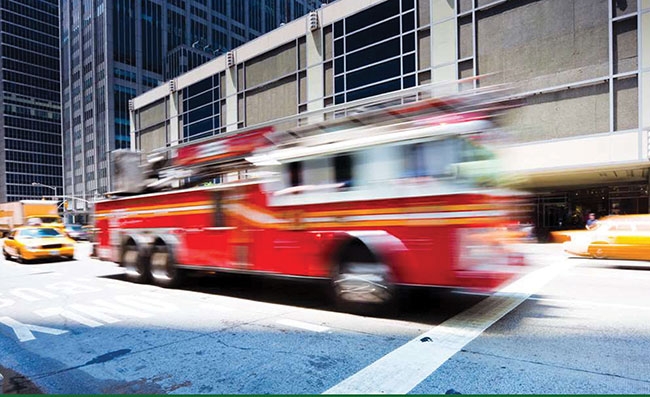 Research showed that each one minute of response time increased the odds of a fire extending beyond the room of origin by 17 to 18 per cent. New research has reinforced what the Canadian fire service already knows from experience

The study, Smoke Alarm Response Time: Examining the Relationship Between Working Smoke Alarms, Fire Service Response Times and Fire Outcomes, was released in November by the University of the Fraser Valley in British Columbia.

“The data show a clear pattern: the earlier that occupants know about a fire, the less likely it is to spread beyond the room of origin,” noted Clare, a criminology lecturer at the University of Western Australia and former strategic planning analyst for Surrey Fire Services in B.C. “Overall, the findings underscore the significant potential of smoke alarms to enhance residential building fire safety – particularly in areas where response times are a challenge.”

Based on the results, working smoke alarms reduce the likelihood of fires extending beyond the room of origin by more than 70 per cent – regardless of response time. As well, when no smoke alarm is present, the risk of fires spreading beyond the room of origin increases by 17 per cent for each additional minute it takes the fire department to respond.

Fires that occur during the day are also at least 60 per cent less likely to extend beyond the room of origin, and less likely to sustain large amounts of building loss.

Of 868 fires, 479 involved working smoke alarms and 389 had no smoke alarms on site. Response times were grouped into one-minute intervals.

Additional analysis was undertaken to examine why fires involving smoke alarms were contained to the room of original more often, regardless of response time.

Based on prior research, the authors noted that it was reasonable to assume that this was the result of building occupants – having been alerted to the fire early – intervening to attack the fires before the fire department arrived. Additional analysis backed this up.

“From the perspective of the authors, the primary take-away is the importance of having a working smoke alarm at all residential properties,” noted Jennings, one of the authors and director of the Christian Regendhard Center for Emergency Response Studies at the John Jay College of Criminal Justice at the City University of New York.

The study can be downloaded at cjr.ufv.ca.

Len Garis is the fire chief for the City of Surrey, B.C., and an adjunct professor in the School of Criminology and Criminal Justice & associate to the Centre for Social Research at the University of the Fraser Valley (UFV). Contact him at Len.Garis@ufv.ca. Karin Mark writes for publications and provides communications and design services in Metro Vancouver, B.C.