Spontaneous Combustion
Tim Beebe, the fire chief in Upsala, Ont., looks at the humorous side of fire service communication in his July column.

Tim Beebe, the fire chief in Upsala, Ont., looks at the humourous side
of fire service communication in his July column.

“Rescue 1, enter the charlie door for a primary search.”

I key the mic again. “Rescue 1, call Command.” I can see the guys milling around, but no one seems to be listening. Come on guys, I think, it’s only a drill, but you could at least act like you understand English. I make visual contact with one of the crew, and jerk a finger at my radio. The message is clear, I hope.

“Pay attention, bonehead!” The firefighter shrugs and makes a twisting motion with his fingers. His message is even clearer. “Switch back to the right channel, moron!” You can just feel the love, sometimes.

Communication has been challenging for us here in Upsala from the beginning. My brother tells a story about his first extrication call, about 15 years ago. The vehicle was on its side, stuck precariously in the river ice. No one else was around. The guys were getting ready for the big save, when a police cruiser pulled up.

“Everyone is out and gone,” he said with a crooked grin. “Didn’t anyone tell you?”

Maybe someone would have, but we had no radios, cell service, or pagers.

Times have changed, but the basic problem of getting the message from one brain to the next remains, as we discovered at a multi-vehicle collision a few years back. When we arrived on the scene, I radioed back with a size up, and confirmation of the location.

“We have a gasoline tanker on its side. The undercarriage is showing smoke and some fire. We’re one kilometre past Dog River Road.”

It seemed like a simple exchange. I knew that I was still on the highway, and that Dog River Road was about one kilometre behind us. I thought the water tanker crew knew that too, until I received another transmission some time later.

It’s funny how one word can make such a big difference. Actually it wasn’t funny, and we would have been in big trouble, except that the fire was small, and we were able to contain it with the water on the pumper.

The Japanese refer to the art of communication as haragei, or speaking “from the stomach.” No, it doesn’t mean spilling your guts out to someone, but rather making your point without directly saying it.

All participants must make a conscious effort to connect, and possess a good dose of intuition. I failed Japanese Expression 101, but I agree that communication is an art that requires active participation from everyone. The goal is to get your thoughts past someone else’s ears and into their brain. Words are just the vehicle that you use.

The fire ground isn’t the only place where things get muddled. I’m no expert, but here are a few communication musings for everyday life: 1: Keep it simple. Don’t make misunderstanding any easier than it already is.2: Don’t get mad. When folks do misunderstand, say it again. This time keep it simple.3: Communicate back. They might as well know right away that you didn’t understand.4: Don’t beat around the bush. Leave haragei to the Japanese.

And finally, make sure you are on the same frequency as everyone else. Then at least you’ll know that folks are purposely ignoring you.

The biggest problem with communication is the illusion that it has taken place. 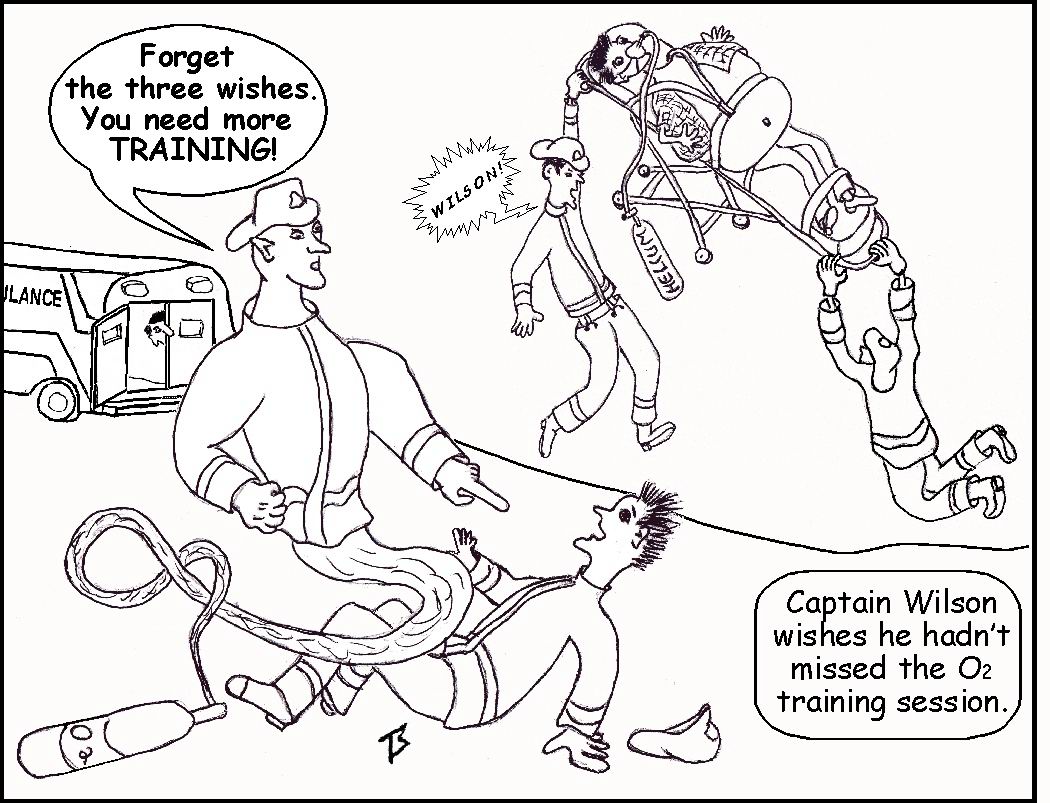