Dead children, severe mutilation, homicide, known victims, aircraft crashes, injured and dead firefighters: sadly, I don’t think my experiences of fire fighting are unusual. Who could deny this takes an emotional toll on us? Who would argue that as an organization, a profession, we don’t have an obligation to address the emotional cost? 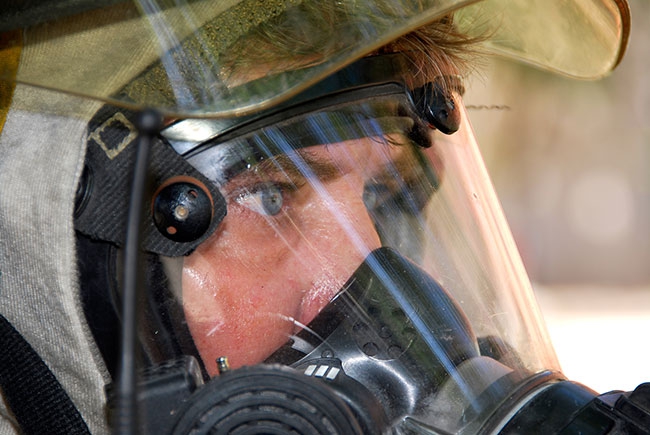 Although responders are trained to be resilient Dead children

One way of addressing the emotional cost is through critical-incident stress management (CISM). As a peer supporter, CISM is, to me, a tool that can and should be available to all departments, whether career or volunteer, large or small. Despite putting in a lot of hours training and delivering CISM on a regular basis for the last decade, I’m no mental-health professional. Peer supporters are often described as mental-health first-aiders, so let that be a disclaimer to this perspective.

A common description of critical-incident stress is a normal reaction by a normal person to an abnormal situation; these are most often situations of suffering and death, or near-death encounters. A firefighter’s normal is not the same as a civilian’s normal, but we recognize extreme factors, including the involvement of children, mass casualties, exceptional disfigurement, knowing the victim personally, or the injury or death of a fellow responder.

PTSD needs to be diagnosed and treated by mental-health professionals. While others might, I don’t claim that CISM can prevent PTSD, but I am convinced that it does help, alleviates suffering, and enables individuals to carry on who would otherwise leave the service and suffer in isolation.

The CISM model I’m familiar with is based on the Mitchel method, a formal means for responders to talk about what happened and the impact of the incident on them. The Mitchel method has its critics; some say it does more harm than good by forcing responders to relive trauma they’d rather put behind them.

From what I can glean, CISM can be harmful when it is forced on individuals who don’t want to participate. I think it is vital to stress that participation in CISM activities must be voluntary – no exceptions. I’ll say no more about the Mitchel method, other than if I didn’t think it helped, or thought it caused harm, I wouldn’t use it.

The most common CISM activities are critical-incident stress defusings and debriefings.  Whether a defusing or debriefing, the common procedure involves three parts: introduction; exploration; and information. The introduction describes the purpose and objective, and lays out some ground rules such as confidentiality. The exploration is the core, the opportunity for firefighters to talk – which is often what they want to do. The information stage describes common critical-incident stress reactions and common coping strategies (an information handout including contact information for further help is provided).

There is often confusion about the difference between defusing and debriefing; timing is one important difference, with defusings happening the same day or early the next day, and debriefings within a few days of incident. We are also taught that while peers alone can hold defusings, a mental-health professional should be present for debriefings. Defusings are often called debriefings, simply because the term is more familiar and doesn’t need explaining.

In reality, many defusings take place several days after the event, and I’ve yet to have one with a mental-health professional present. We have done a good job of training and recruiting peers, but getting the involvement of a mental-health professional with only hours notice is more of a challenge, particularly, I expect, for small, remote departments with few resources.

Rather than a three-step CISM process, some describe a four- to seven-step process.

Specific questions within the exploration may be considered steps, sometimes with the addition on one question being the difference between defusing and debriefing. I can’t recall that magic question, but in practice I find that while you have an escalating list of questions (What happened? What was your first reaction?) firefighters who are given a chance to speak will often breeze through all answers before actually being asked the questions.

On occasion, I have carried out defusings immediately upon the return to the fire hall, which I believe is more true to the intent of a defusing, when the situation is that raw.  Without time to process the situation, I’ve found less input from the firefighters – they’re still a bit shocked and have less to say. In a way, I think that may be less valuable, however, feedback suggests that the information provided at this point is often all crews need to pull themselves through, and a follow up debriefing is not required.

Who provides CISM should be considered. Our department offers the choice between in-house fire peers, outside non-fire providers (RCMP Victims Services), or outside fire peers (dispatched through the Alberta Office of the Fire Commissioner).

Peers carry street cred. While everyone’s experience is unique, peers have a better idea than outsiders what firefighters are talking about; it’s not just macho firefighters unwilling to open up to a “shrink” (though in part it may be), it’s also a willingness to open up without fear of hurting the listener.

Fire peers are, to some extent, inoculated to the horrors of our work, whereas just hearing what we experience can be traumatizing for many outsiders (the fancy term for that being “vicarious trauma”). In-house fire peers can usually respond much faster than outsiders – soon enough for a defusing as opposed to a debriefing. Outside fire peers may have a desired distance or anonymity that allows greater emotional release at a debriefing.

When organizing a defusing or debriefing, some thought has to be given to who attends together. People should feel free to talk, so consider what might inhibit discussion. Sometimes management and workers need to be seen separately.

Also, consider who might play what role in any legal investigation of the incident. Vicarious trauma doesn’t just apply to civilians; groups may need to be divided, with those who physically saw, smelled, heard, touched the scene separate from support staff who may still be impacted but were not on site.

Sometimes we fail to take action because we are afraid we will get it wrong. That’s not totally unreasonable, when the first medical maxim is do no harm. While CISM may have its detractors, it is something that experience and many professionals tell us will help.

Experiencing CISM as provider and receiver has convinced me it’s the right thing to do. I’m not married to the method, and am eager to hear alternatives, but I haven’t. Just leaving our firefighters to fend for themselves is no answer.

Next month we will look at the components of a good CISM program, and in May, the focus will explore in detail the defusing or debriefing with refresher training in mind.

David Moseley is a forest officer with Alberta Agriculture and Forestry, and lead training officer with Lac La Biche County Fire Rescue in Alberta, focused on operations; other areas of interest include instructing, CISM, and wildfire investigation. Contact him at david.moseley@gov.ab.ca