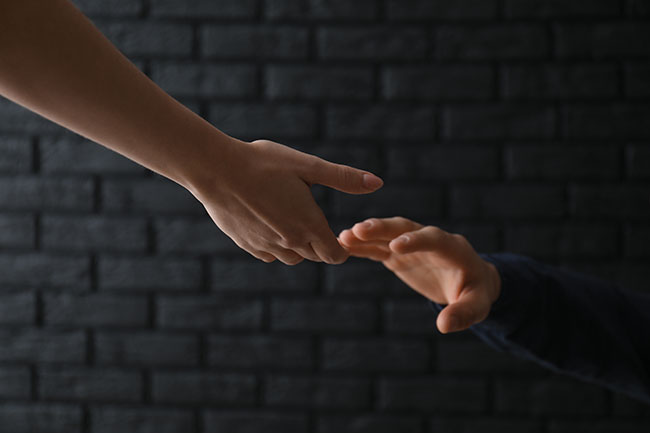 The assessment of risk for suicide is usually based on more than one factor. Photo credit: Adobe Stock / Pixel-Shot

I’ve spent the majority of my adult life speaking with individuals who want to die. These conversations can take place with patients in the Emergency Department at the hospital where I’m on staff but are more likely to occur when I’m on-scene with police crisis negotiators. My role as an operational forensic psychiatrist with the police is to advise the negotiators and critical incident command, but sometimes I’m asked to be the primary negotiator.

Suicide is a conscious act of self-induced annihilation in an individual who sees it as the best possible solution to a defined problem.

The World Health Organization estimates that globally over 800,000 individuals died by suicide each year. For each suicide, as many as 20 more individuals have attempted to kill themselves. Suicide rates vary in different countries, based on a number of factors. In Canada, the suicide rate is approximately 11 per 100,000 population, meaning that more than 10 Canadians die by suicide every day. That adds up to approximately 100,000 individuals over a 30-year period. Overall, suicide is the ninth leading cause of death in the country. In the United States, the rate is approximately 13.9 per 100,000 and there is every indication that the rate is increasing.

Some populations are at higher risk than others for suicide, such as those who suffer from a major mental illness and/or addictions, Indigenous populations, the socio-economically disadvantaged, being a veteran and members of the LGBTQ community.

Each suicide is an individual idiosyncratic event. There are no universals, absolutes or “alls” but there can be several common factors:

The assessment of risk for suicide is usually based on more than one factor. Many individuals are suffering from a major depressive disorder or anxiety. As noted above, they experience the sense of helplessness and hopelessness. Insomnia, fatigue, poor concentration and poor memory can be evident. There may be a loss of interest in activities that used to be enjoyed, coupled with the decreased ability to feel pleasure (anhedonia) and may include withdrawal from previous relationships. Additionally, there may be reduced emotional abilities, including having less verbal or nonverbal expressions.

Observable behaviours can include crying, emotional outbursts, reckless behaviour and putting one’s affairs in order, including saying goodbye to individuals and perhaps giving away belongings.

Listen for comments regarding a preoccupation with death, escape, having no future, feeling alone, wishing they had never been born or hoping to go to sleep and never wake up.

Physical health complaints are associated with depression and many suicidal individuals have visited their primary care physician within a month of harming themselves.

Some individuals who are at risk for suicide will not use the term as there still is a stigma associated with suicide, making it a taboo topic. Asking an individual about thoughts of suicide does not cause a person to consider suicide if they were not previously thinking about it nor to consider it more seriously if they were already having thoughts of suicide. Always be sensitive but be clear and specific. Ask a direct question about suicide, such as “Are you thinking about suicide?” or “Are you having any thoughts of suicide?” Some individuals who are at risk later stated that an open discussion of their suicidal thoughts was helpful and contributed to their healing process.

A good proportion of individuals who are suicidal have had a previous attempt, and this should be explored. Also be aware that there is often a family history of suicide, and this has to be addressed as well.

The FBI developed an acronym as an aide memoire—IS PATH WARM—for developing an intervention strategy:

In the next issue of Fire Fighting in Canada, I will address strategies for communicating and negotiating with the suicidal individual.

Help is available. If in distress, please go to your nearest emergency room. The Canada Suicide Prevention Service is also available 24/7/365, in English and French, at 1-833-456-4566.

Peter Collins is the operational forensic psychiatrist with the Ontario Provincial Police’s Criminal Behaviour Analysis Section. He is also a member of the crisis/hostage negotiation team of the Toronto Police Service Emergency Task Force. Dr. Collins’ opinions are his own. Contact him at peter.collins@utoronto.ca