May 5, 2016, Fort McMurray, Alta. - If the fight to save Fort McMurray from wildfires has a human face, it's that of veteran Fire Chief Darby Allen.

Many Canadians have taken to Twitter this week calling Allen a ''hero'' for his efforts in battling the fire that has destroyed parts of the Albertan community and caused tens of thousands to evacuate their homes.

The raging blaze has obviously taken an emotional toll on the Fort McMurray fire chief.

He appeared to fight back tears as he haltingly told a Wednesday news conference that 88,000 people had been successfully evacuated.

''No one is hurt, and no one has passed away right now,'' he said. ''I really hope we get to the end of this and we can still say that.

''We are here, and we are strong and we will keep doing our job.''

According to fellow fire Chief Rob Evans, his friend is in a situation nobody wants to be in.

''I wish I could be there to help him,'' said Evans, who runs Redwood Meadows Emergency Services, west of Calgary. ''He's doing a great job from everything I can see on TV but he looks tired.''

But Evans said Allen, who has spent much of his career training other firefighters, is ideally suited to sharing knowledge about blazes.

The two have known each other for 20 years, beginning when Allen was a training officer with the Calgary Fire Department.

''The knowledge he's able to share and brings to the table is just outstanding,'' said Evans. ''It's really one of his best attributes.''

According to local media outlet Fort McMurray Today, Allen joined the regional municipality of Wood Buffalo's fire service in 2009 and was officially named chief in January 2013.

Prior to serving with the municipality, Allen worked for the Calgary Fire Department between 1992 and 2007.

There he held various posts as a firefighter, training officer and assistant deputy chief of operations.

It is as a training officer that Allen truly excelled, according to Evans, who called him a ''great mentor.''

''Training was definitely one of his strengths and one of his passions,'' he said.

In a 2013 article, Allen is described as a father of two and a native of Birmingham, England, who moved to Canada in 1990.

His LinkedIn profile says he graduated from a high school near Birmingham in 1973.

In England, he spent several years with the Hampshire Fire Brigade.

One representative from that fire service remembered him in a tweet on Wednesday, which was also International Firefighters Day.

''Our thoughts on #IFFD are with Chief Darby Allen ex-Hampshire firefighter now tackling the fire of his career,'' tweeted Jason Avery, area manager with Hampshire Fire and Rescue Service.

Evans said it's impossible for fire chiefs not to be personally affected by the blazes that strike their communities.

''You see your residents losing their homes, and that kind of thing,'' he said. 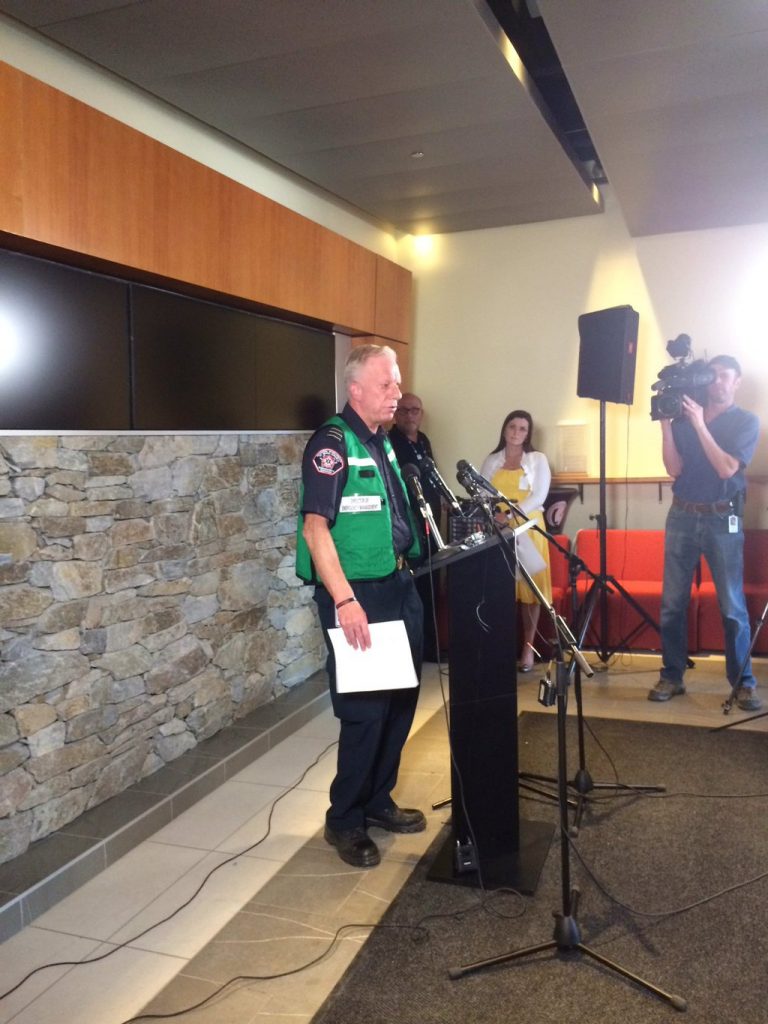