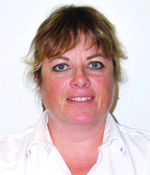 KIMBERLEY, B.C. — A two-kilometre-long parade of about 700 paramedics, firefighters, police, military personnel and search and rescue workers lead the memorial procession through a quiet residential area and gathered solemnly with more than 1,300 other mourners at the Kimberley Civic Centre on Monday, May 29, 2006 to remember two of their own – Paramedics Kim Wietzel and Shawn Currier – as well as Teck Cominco employee Bob Newcombe and consultant Doug Erickson, who also died in the same incident at the decommissioned Sullivan Mine in Cranbrook on May 17.

This statement, in part, from Premier Gordon Campbell was read at the service by Health Minister George Abbott: “All British Columbians were shocked and saddened by the tragedy at Sullivan Mine. Today our thoughts and prayers are with the families….  The loss of Shawn Currier and Kim Weitzel in particular is a reminder to us all of the dangers that emergency workers face every day in our province as they risk their lives to save others.

“The unexpected loss of any life is difficult to bear, but when it happens fourfold in such a close-knit community, the impact seems so much greater and reaches so much deeper into the fabric of the community they shared. These were more than just names in the newspaper. They were colleagues, neighbours, loved ones, and friends who made a true difference in the community and in the lives of all those who knew them.

“I want all those gathered in Kimberley to know that all across this province there are four million British Columbians who share your sadness and who offer their heartfelt hopes and prayers to provide you some small measure of comfort and strength in this painful time.”

BC Ambulance Service “In the Line of Duty” Memorial plaques were presented to the paramedic’s families. The Kimberley Pipe Band, Massed Pipes  played a moving Amazing Grace, and the Last Post and Reveille was performed by bugler Joe Foster of the Vancouver Fire Rescue Service.

Among those speaking at the service was Lieutenant Governor Iona Campagnolo, who said they “are part of the heroic brotherhood and sisterhood of keeping people safe.’’

Aileen Boyd, a Kimberley paramedic who knew and worked with Weitzel and Currier, delivered their eulogies for her colleagues. “(Kim) was the sunshine of (husband) George’s life and some of it spilled out to us.’’ She had also been one of Currier’s instructors and said she was amazed at how much he loved his job.

Also speaking at the service were Fred Platteel, CEO of the B.C. Ambulance Service, and John Strohmaier, the president of CUPE local 873, Ambulance Paramedics of B.C.

The incident
The two paramedics died after responding to a 9-1-1 call of a reported heart attack at the Sullivan Mine. They were discovered in a small building, along with the two civilian victims by the also responding Kimberley Fire Department.

The deadly gas hydrogen sulphide was believed to have been the culprit, but  B.C.’s chief mines inspector has said no traces of toxic gases were found. Samples taken concluded the atmosphere in the shed was severely oxygen depleted.

Kim Weitzel
Kim Karlene Weitzel, 45, was raised with her two younger brothers Scott and Jay in the Wasa and Kimberley area. Early in her life Kim grew to deeply love and care for animals, especially horses and dogs. Kim was also a talented artisan her works included hide and mandella, carvings and paintings. Her creativity spilled over into the beautifully peaceful home she remodelled with her husband George Weitzel. In 2000, she extended her compassionate nature by joining the B.C. Ambulance Service as a paramedic. She was diligent in perfecting her professional skills, striving for new levels of personal excellence every day.

Shawn Currier
Shawn Currier, 21, was born in Cranbrook, B.C. on Jan. 17, 1985. During school he was involved in various sports, but his real passion was for basketball and golf.

Shawn’s giving and caring ways had a huge impact on the people he met. When he was in grade 11, he and some friends decided that they wanted to help victims of 9/11. They set up drop boxes in all the schools and malls, so people could donate teddy bears and ended up sending more than 1,500 stuffed bears to New York City to be distributed amongst the children affected by that horrible day.

In 2002, Shawn became involved with Cranbrook Search and Rescue. He started with Ground Search and Rescue and began training for Highway Rescue earlier than the required age of 19. He soon realized his true calling was to become a paramedic and was only weeks away from completing the Primary Care Paramedic Course when he passed away.

Shawn’s free spirit and compassion will be greatly missed by his parents, Bob and Lori and brother Chris, among many others.