Mental-health programs teach us that the effects of trauma can be cumulative. As a chief officer, do you know how much exposure your crews have had to traumatic incidents such as fatalities or calls involving children? 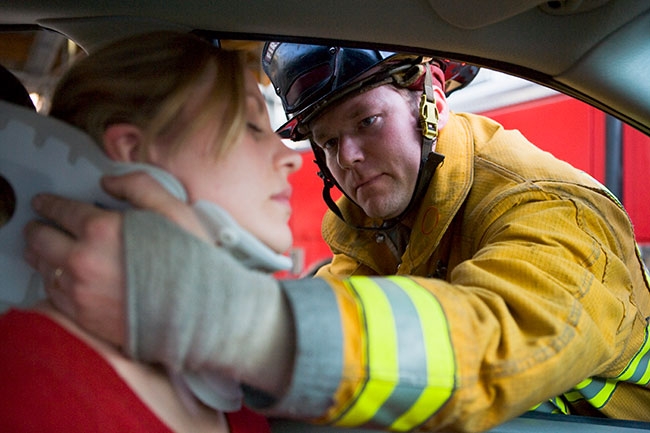 Incidents can be traumatic for some members but not others – for various reasons – which is why it’s important to provide an opportunity for firefighters to describe their reactions to calls and indicate whether they want or need to talk. Trauma can accumulate over time

With growing awareness of the importance of good mental health, some fire departments have begun to track their members’ exposure to traumatic incidents to ensure officers know when firefighters might need a supportive ear or a wellness check-in.

From a business perspective, tracking exposure can ensure that responders get any necessary treatment early on, which reduces absenteeism and compensation claims.

The Lakeland & District Volunteer Fire Department in Saskatchewan implemented a traumatic-incident exposure tracking system in January. A simple form for members to fill out following incidents helps officers understand how calls affected their crews and what help or resources may be required. The form also provides valuable information that may be used later to support workers compensation claims for post-traumatic stress disorder (PTSD).

“We started using the tracking forms after a PTSD awareness presentation earlier this year,” said Lakeland Chief Chris McShannock. “Not only is it tracking at-risk incidents, it also keeps the communication lines open with those who may need to talk. We implemented the form on a one-year trial basis but almost immediately we noticed a marked increase in open discussion following a traumatic incident.”

The Municipal District of Greenview No. 16 in Alberta is preparing to implement the form and is developing a standard operating procedure outlining how and when it should be completed. Greenview fire services co-ordinator Derian Rosario said the traumatic incident response tracking system is a logical next step for departments that have implemented critical incident stress management (CISM).

“Our industry has recognized the need for CISM for a number of years,” Rosario said, “and the defusing and debriefing has told our people, ‘If you need more help, just let us know.’ In many departments, that is where the care for emotional trauma stops.

“As we know, each of our department members’ threshold for emotional trauma is different, and there is a cumulative effect. Being able to track exposures and give our members the ability to reach out without any embarrassment is a huge win in our ability to help ensure their emotional health.”

Tracking exposure to traumatic incidents is equally as important in provinces with or without presumptive legislation for PTSD. (Alberta, Manitoba and Ontario have implemented presumptive legislation). Providing an accurate record of traumatic exposures over time may be essential when filing a workers compensation claim, no different from any other exposure or injury. Obtaining the necessary diagnosis and treatment from a medical professional is mandatory to ensure a claim is accepted; having a record of exposure to traumatic incidents may expedite that process and reduce the anxiety involved in filing the claim.

The availability of a simple form for members to complete once they return from a call they deem to be traumatic allows a department to keep an accurate record of exposure to traumatic incidents. It is important to recognize that not all members who respond to an incident may deem it traumatic. Firefighters’ responses to incidents can vary greatly depending on their duties at an incident, the location and time of the incident, and the age and familiarity of individuals involved in an incident.

The form being used by Lakeland, Greenview and Ladysmith Fire Rescue in British Columbia is the result of discussions with emergency responders who had been diagnosed with PTSD and said they wished there had been an easier way to document and communicate the issues they experienced.

Ladysmith Chief Ray Delcourt echoed Lakeland Chief McShannock’s comments about the form as a catalyst for discussions about mental health.

“We have recently began tracking exposure to incidents that may lead to post-traumatic injuries” Delcourt said. “This has led to open and relaxed conversation by those responding to these incidents and their peers within the fire department.”

The form should ask members to provide basic information such as the incident number, date, responders’ names, and the type of response such as first responder, fire or MVC. Some basic yes or no questions about the incident help to qualify the type of traumatic exposure: Did this response involve a fatality? If yes, how many? Did this response involve traumatic injury to any responders or incident victims? If yes to a responder, were you the one injured?

Asking whether the call involved someone known to the responder is critical; responders who know a person involved in an incident may be more likely to consider the incident traumatic than those who don’t. The probability of responders knowing patients or victims is greater in smaller areas covered by volunteer departments than in larger metropolitan areas. The involvement of children in an incident generally increases the level of trauma for everyone involved. The involvement of children may often be reported to the responding crew while they are en route to the scene and may result in hyper-vigilance even before arrival at the incident.

Additional questions may qualify the nature of traumatic exposure: At any time during the response, did you fear serious injury or death to yourself or anyone else involved?

A key component of the tracking form is the final question: Would you like to talk with someone about this incident? Many responders may find it easier to reach out for further assistance by answering this question rather than having to ask in person. An affirmative answer can lead to a talk within the department and progress to the steps necessary to assist the responder.

A comment box can be included on the form to allow for personal observations, comments or questions relating to the event; firefighters can add more information relating to any of the questions on the form.

Incidents can be traumatic for some members but not others – for various reasons – which is why it’s important to provide an opportunity for firefighters to describe their reactions to calls and indicate whether they want or need to talk.

The form should be completed as soon as possible after firefighters return from an incident but may be completed later. Once completed, individuals should keep a copy of the form for their records and submit a copy to a designated department peer counsellor, safety officer, or officer in charge of the incident for follow-up.

The purpose of tracking responses to traumatic incidents is not to single out an individual but to provide an accurate record to assist in early recognition of those who may have been exposed to a number of traumatic incidents. For example, behaviour changes may suggest that individuals are struggling following an incident or from the cumulative effects of several incidents; the tracking information can help officers be aware of crews’ call responses and watch for any indicators of mental-health issues.

Should an individual choose to submit the personal tracking form, it’s a good idea to have the officer in charge of the incident submit an OIC traumatic incident response tracking form. (Note that this form may also be submitted by the officer in charge even if no one on the responding crew submits a personal form, should the OIC deem there may have been some form of traumatic event during the incident.) This form asks whether the OIC was made aware of submission of forms by responding crews, whether CISM briefings occurred, and whether the officer followed up with the firefighter(s) who submitted the forms. Submission of the OIC form can ensure that proper follow-up occurs with all those who responded to the incident. Submission by the OIC of an overall traumatic incident response form will also assist in ensuring all those that have responded to the incident receive adequate assistance if required.

New information may be added to the forms over time as additional points about the incident are recalled. This information may include feelings that may develop as a result of responding to the incident. The Post Traumatic Stress Disorder Sourcebook recommends that close attention be paid to any form entries that involve two of the major symptoms associated with PTSD: signs of distressing arousal, which can resemble excessive emotional issues such as ongoing worries or increasing negative thoughts; and signs of dissociation – temporary escape from the memory of traumatic events by blocking them out. Extremely traumatic memories may then become dissociated. Traumatic memories that are associated with an incident or accumulation of different incidents may contain thoughts, feelings, images, smells and sounds that may cause an individual’s behavior to change.

Early recognition of these changes coupled with the accurate documentation of repeated responses to traumatic incidents can be critical in obtaining early treatment.

Ongoing discussions about the effects of traumatic-incident responses with your members will lead to a greater comfort level in discussing these events. As this comfort level increases, the stigma then decreases.

Wayne Jasper is a 10-year member of the board of the Canadian Fallen Firefighters Foundation and chairs the line-of-duty-death committee. Jasper has 33 years of fire-service experience, as a volunteer and career firefighter.