Look back on 2016 and ask yourself if your training program engaged your members.  One of your priorities is to get your department members to actively engage which is easy to say, and much harder to put into play, especially week after week. Let’s also be honest: some of the topics we address annually are as boring as dry toast. 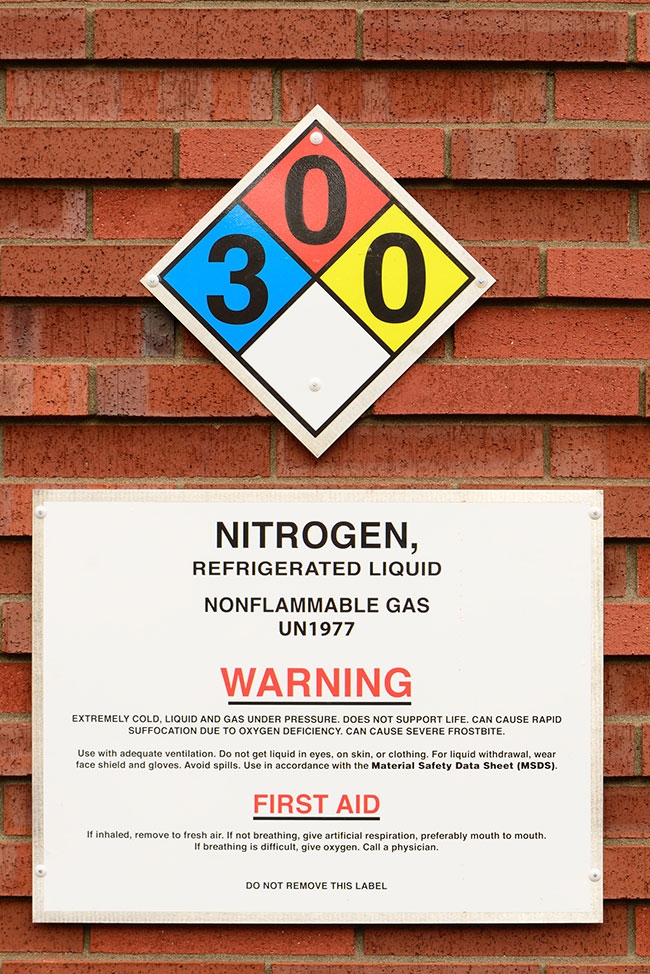 Scenarios involving hazmat placards and a simple 45-gallon drum can help teach firefighters to develop situational awareness and determine Look back on 2016 and ask yourself if your training program engaged your members.

Over the past 15 years, Trainer’s Corner has had several mantras. I believe our latest one, experience is a great teacher, is the key to keeping firefighters engaged on practice night. Wouldn’t it be incredible if each and every practice night was a learning experience?

The following outline is of a training scavenger hunt. It has all the elements of a great practice, offering both hands-on challenges and adrenaline-producing competition.

This drill is a fun way to review radio protocols, hose lays, hydrant lays, liquefied petroleum gas (LPG) safety, hazmat protocol and driver training – but keep this information to yourself until the debrief. Members are not informed of these details beforehand so they’ll analyze the incident and respond accordingly. Firefighters will be told by you, the training officer (TO), acting as the dispatcher, as each of the three objectives comes into play.

Before the practice, type out and print copies of the following three procedures. Give a copy to each incident commander (IC) before he or she leaves the hall. Do not give any more information than this – everything else will come via radio communication.

Starting procedure at the hall: Divide into two units, choose an IC and assign one apparatus to each unit. Inform the two units that they will not be working together (this is a competition) and they will not be called to the same incident location. Firefighters are to follow your department’s radio protocols, with you, the training officer, acting as dispatch.

All firefighters don their gear and board their assigned apparatuses. When a unit is ready to respond, the crew contacts the TO (dispatch). Dispatch will give an address for the designated staging area.

Note: The TO should have a clipboard and paper on which to mark which unit is going where, the time out, arrival times and other details.

Once on scene, each unit must provide an arrival report (from the cab) to dispatch (the TO) to get further instructions. It is at this point that the responding unit will learn its first objective.

Wait with further instructions until the crew provides an arrival report to dispatch (the TO). Once the arrival report has been received, instruct the crew to complete procedure 1. Each of the ICs should have been given a copy of the three procedures before they left the hall.

Once the crew contacts dispatch (the TO), their task is complete. Have the crew then respond to the second objective.

Wait with further instructions until the crew provides an arrival report to dispatch (the TO). Once the arrival report has been received, instruct the crew to complete procedure 2 on the sheet provided to the IC.

Once the crew contacts dispatch (the TO), the task is complete. Have the crew respond to the third and final objective.

Once crews contact dispatch (the TO), their task is complete. Have crews return to the hall.

Note: I was unable to be in two places at once, so that is why I had the crews take pictures. It is also a good habit to get into on regular call outs. Should a dispute of your actions ever occur, a picture is worth a thousand words, or in some cases, dollars.  However, for this last objective I needed eyes on. So I used two locations within eyesight of the fire halL the public works building kitty corner to our hall, and the city hall building across the street.

I set up an unknown hazmat incident at each location, and used a 45-gallon drum with a hazmat placard (you can make one on your computer). I laid the drum on its side so the placard was somewhat obscured. I then poured water around the drum to make it look like a spill. At the other site, I placed a five-gallon pail with a hazmat placard on it and a cardboard box duct taped to it. I set the drum in the shadows by the front entrance; again, the placard was somewhat obscured and water was used to indicate a spill of some kind. The intent was to have firefighters determine, from a safe distance using spotlights, binoculars and the Canutec Emergency Response Guidebook, what they were dealing with, I hope your crew does better than ours did.

Our firefighters completed the first two objectives flawlessly, but unfortunately the last objective was a crash and burn. Several firefighters in one unit got too close to the unknown spill and were told they were “down”, having been overcome by hazardous fumes. There were some choice words and red faces, but better in practice than real life.

When both units are back in the hall and firefighters have doffed their gear, gather them around for a debrief. Go over the objectives, look at the pictures and open the floor for feedback.

You can customize this training drill to meet your specific training needs or objectives, such as cold-weather pumping, chimney fires or vehicle fires. Have fun and as always train like lives depend on it, because they do.