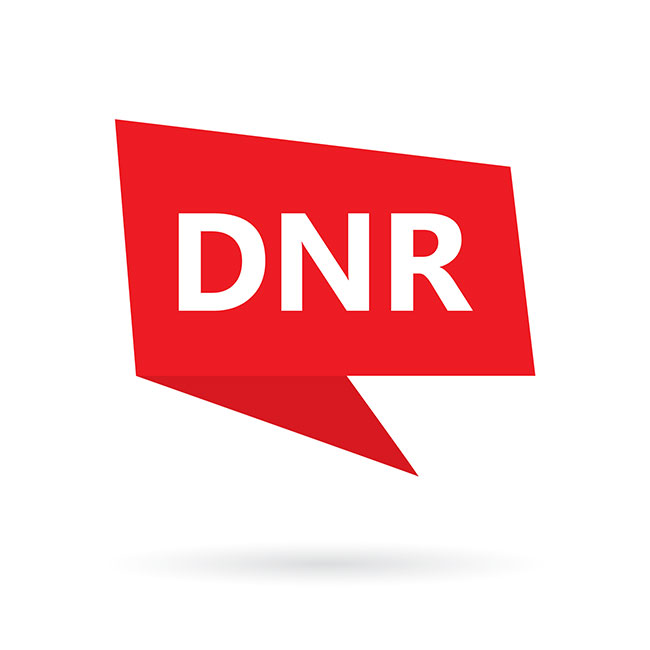 Some acronyms, like DNR, can mean two things: Do Not Resuscitate and Department of Natural Resources). This can cause problems when reviewing notes down the road. Photo: AdobeStock

When I signed on as a rookie, our department was using 10-codes. Some of you may be saying, “I remember my granddad talking about those days.” Well, let me tell you, using 10-codes was a bit overwhelming and sometimes — more times then we’ll admit — we misinterpreted what was being said.

In the mid 1990s, the fire service took a close look at the Incident Command System (ICS) used in the U.S. The ICS concept was formed in 1968 at a meeting of fire chiefs in southern California. The program was built primarily to model the management hierarchy of the U.S. Navy. During the 1970s, ICS was fully developed during massive wildfire suppression efforts in California.

In the mid 1990s, I attended the Interagency Conference held in Kelowna, B.C., where the ICS was first implemented in Canada on a large scale (please see icscanada.ca for more info).

For the average firefighter, the thing that benefited us the most was ICS’s requirement to use common terminology. Response personnel were instructed to use common terms for all personnel and equipment resources, as well as for all facilities in and around the incident area. All radio communications were to use clear text, or plain language without “10” codes or agency-specific codes.

There were a few hiccups. There was certain terminology that had to be changed so as not to confuse requests. What we now refer to as a tender was in the early days a tanker. Back then, if I were to have asked for a tanker, I could have seen a DC-10 with 45,000 litres of water circling overhead. So, the fire service for the most part took on the term tender.

Communications can be problematic at the best of times and I see us drifting back to our specific terminologies, much like the old 10-codes, when talking.

We are expected to use clear common language when speaking. This is to ensure the sender understands our message. However, we really aren’t doing that. Over the last 20 years we have developed a language of acronyms and abbreviations.

Did you know there are more than 370 abbreviations in the fire service?

Check this out: The IC should take AA ASAP to ensure FFs wear PPE including SCBA (not just an APR) while doing PPV by having EHS / ALS on standby should the FF’s ABC’s be compromised causing an ALOC.

Oh boy! Sure, we can figure it out, but what about the liabilities of having our orders misunderstood? Or, what if you were required to give testimony in court and your notes and reports were filled with abbreviations that can mean more than one thing. At the very least, it does nothing to prove your professionalism.

Here is a partial list or abbreviations with more than one meaning:

More than a decade ago the term MVA was changed to MVI. Apparently using the term Motor Vehicle Accident implied it was no one’s fault, rather it was an “accident”. Thus, we now call it a Motor Vehicle Incident.

Abbreviations are helpful in some rare cases, but be aware they can and will get you into trouble.

I remember a first response call that came in as, “We have a SOB on Jack Pine road.” Well, of course we knew dispatch meant Shortness Of Breath, but even you, a seasoned firefighter, just thought of the other meaning.

Let’s get back to plain, clear language, which, after all, is the intent behind the ICS. Not sure if we will ever get rid of all abbreviations, but we should keep the abbreviations to a minimum. I can only think of a half dozen that may be okay: CPR, PPE, IC, SCBA, EHS, BLEVE and ICS (can’t miss that one).

There are also several acronyms we teach firefighters regarding fireground tactics:

One last point to consider, if these last 20 years brought about over 370 abbreviations and a myriad of acronyms in the fire service, what will the next 10 years bring us? This generation doesn’t communicate verbally, they text, and that my friend has its own language: AAMOF it may be 2F4U. It seems you can let people know you are AFK or BTK. Where they went IDK, but if you know there’s NNTR. Thanks, YMMD.

This translates to: AAMOF (As A matter Of Fact) it may be 2F4U (Too Fast For You). It seems you can let people know you are AFK (Away From Keyboard) or BTK (Back To Keyboard). Where they went IDK (I Don’t Know), but if you know there’s NNTR (No Need To Reply). Thanks, YMMD (You Made My Day).

And, have you considered what fire reports filled with emojis will look like? I’ll leave that to you young guns coming up the trail behind me.

Take a close and honest look at your department’s typical terminology. You may need to make a determined effort to get back to all your radio communications using clear text, or plain language.

I hope this has not messed with your mind too much, stay safe and watch out for IDLH (Any Situation Deemed Immediately Dangerous to Life and Health). Remember to train like lives depend on it, because they certainly do. May we work together in 2020 so we never have to use the abbreviation LODD.